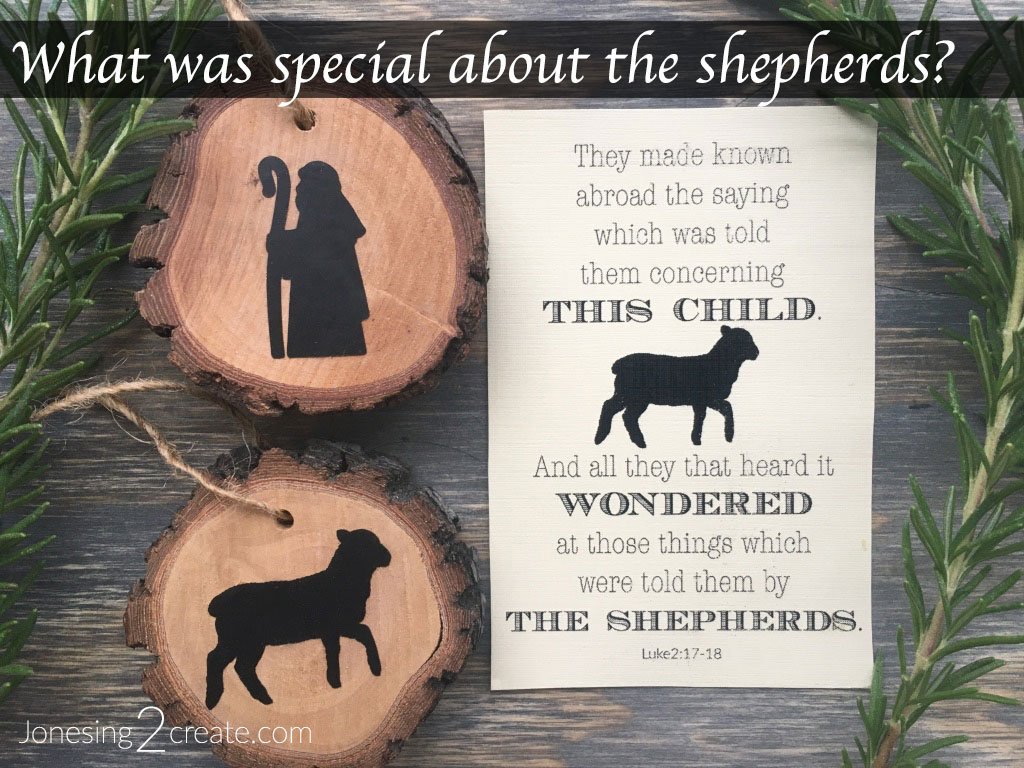 This year, I decided to learn a little more about the shepherds’ role in the nativity. Some of my favorite insights from my study have been compiled in this Significance of the Shepherds Christmas Ministering Message and Printable. Most importantly, learning more about the shepherds helped me feel Christ’s sacrifice more profoundly and understand how carefully Heavenly Father seeks to instruct us. God teaches us using rich imagery that intertwines with the gospel, scripture, ordinances, and even our own culture.

What is a ministering message? What does it mean to minister? When we minister we look out for each other in the way the Savior would have us do. We pray, serve, and develop meaningful relationships. While we aim to minister to everyone, the Church of Jesus Christ of Latter-Day Saints also makes sure that there is a ministering brother for each household and a ministering sister for each adult sister. We consider this a sacred responsibility and one of the beautiful ways that the Lord helps us look out for each other. These messages and printables are designed to help teach and uplift, especially in situations where more regular contact or visits might be hard to arrange. 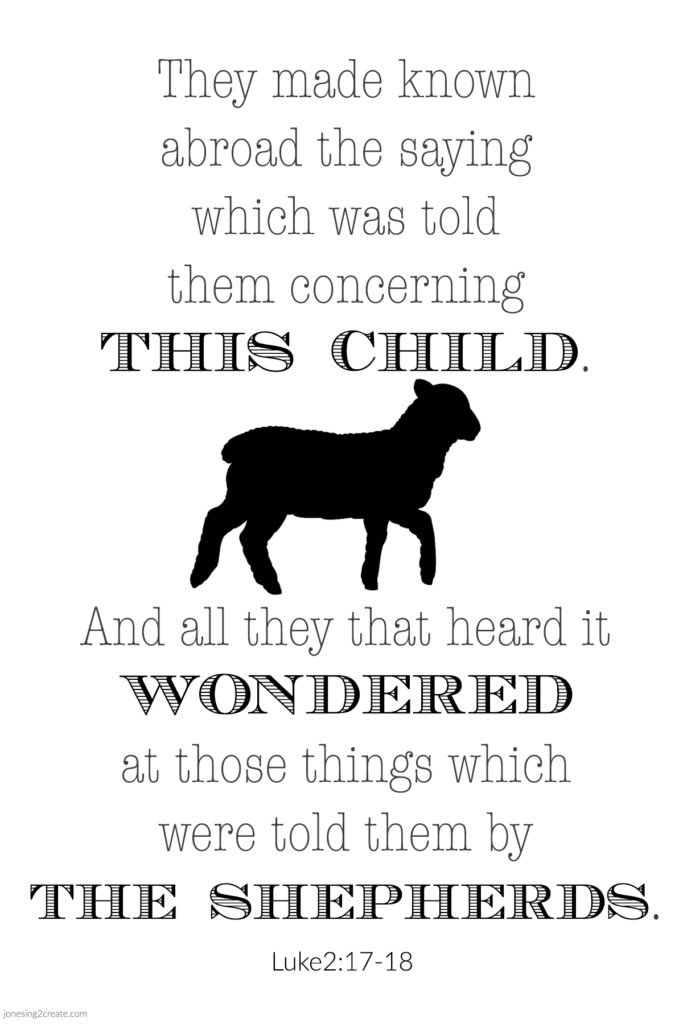 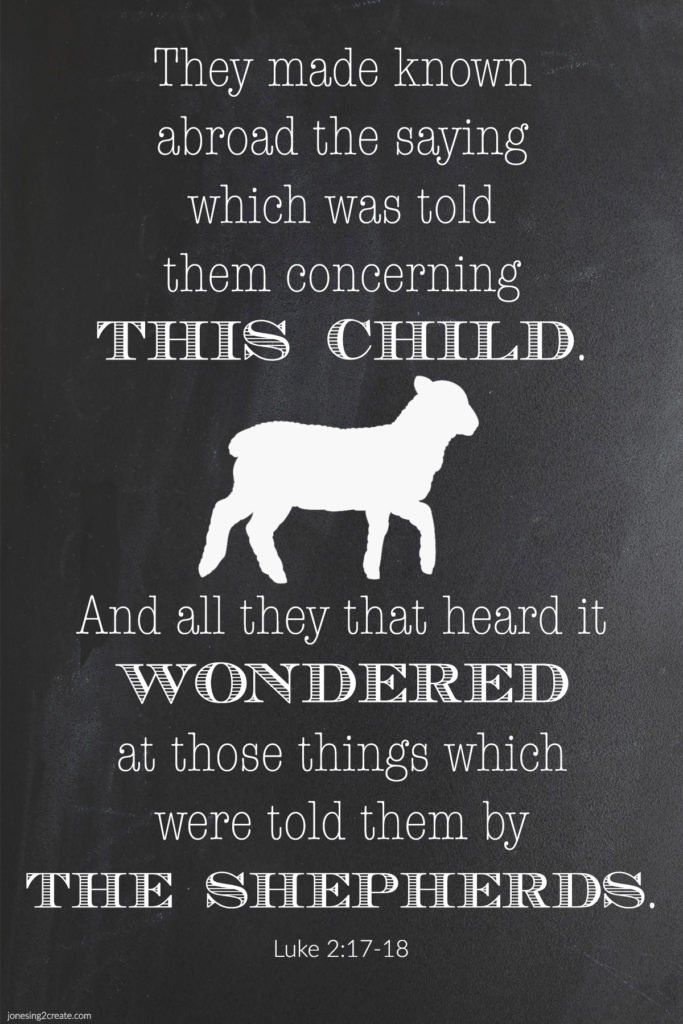 I had so much fun with the wood slice ornaments I made last year for Mary’s imperfect Christmas. So this year I decided to make some to go with my Significance of the Shepherds Christmas Ministering Message! The lamb and the shepherd are a reminder to be mindful as we seek for the Lamb of God this Christmas. 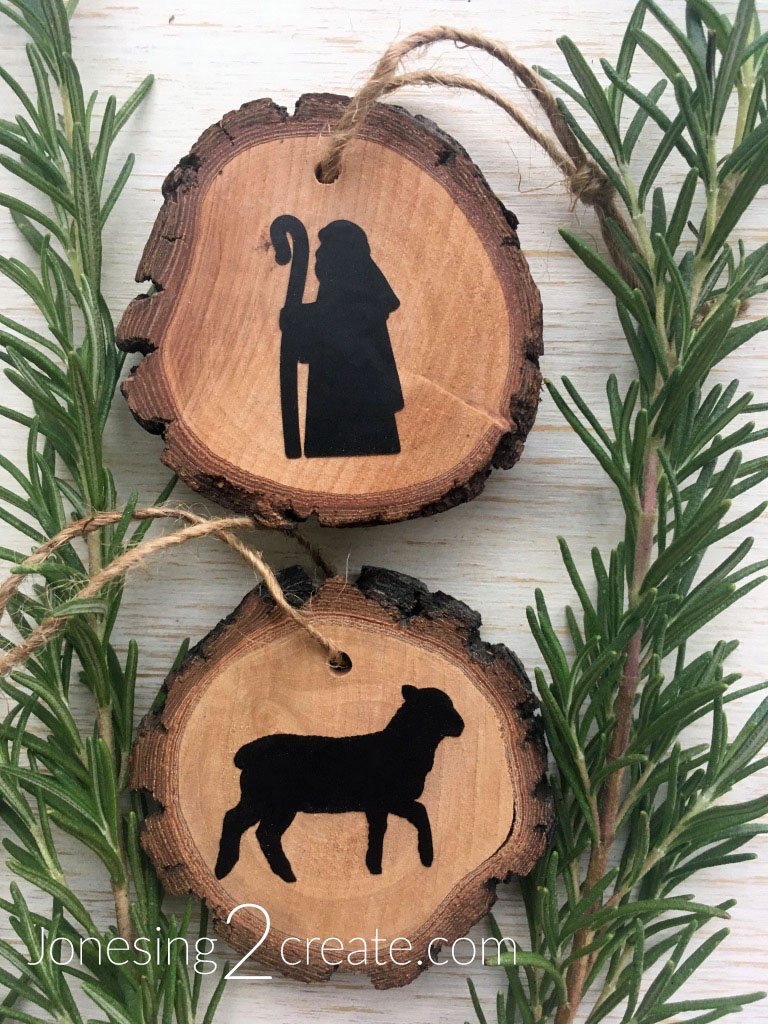 These ornaments are super easy to make with a vinyl decal and a wood slice. I made my wood slices after trimming my tree, but you can also buy wood slices already made at the store.

During the life of Christ, we read about many who failed to recognize Him for who He was. People who were seeped in their culture, blinded by the imperfections of men, or too proud. In retrospect, we marvel at how they could have been so blind. But I think that is incredibly naïve. As our faith and expectations are challenged, we often stumble too. Life gets messy. It can be hard to see things as they really are.

I find great hope in learning about those in the scriptures who did find Christ despite the challenges. I have come to love them and respect them for their humility. And I hope to learn from them.

One such group was the shepherds keeping watch over their sheep the night Jesus was born. As I learn more about their important role in the birth of the Lamb of God, the more I am struck over the significance of the imagery.

Some scholars believe that the shepherds would have been by a tower called Migdal Eder or the “tower of the flock.” The tower was situated along the road to Bethlehem from Jerusalem and was considered part of the city of Bethlehem. The sheep kept there were the temple flock from which they took the sacrificial lambs. (Alfred Edersheim, The Life and Times of Jesus Messiah, p. 131). The shepherds in this area were not ordinary shepherds but had a special responsibility to inspect the sheep for any imperfections and certify them for sacrificial use.

In addition, based on a prophecy in Micah 4:8, many Jewish writers in the Midrash believed that the Messiah’s coming would first be declared at Migdal Eder.

During this time, temple sacrifices were “the example and shadow of heavenly things” (Hebrews 8:5), preparing the people for the coming of the Savior. How appropriate that the Savior’s birth would be announced at Migdal Eder to the shepherds designated to certify the sacrificial lambs. The angel of the Lord was summoning them to certify and announce the birth of the Lamb of God to the world.

Finding the Lamb of God

When certifying a lamb for sacrifice, the shepherds would look that the lamb was without spot or blemish, and that it was a male in the first year of its life. But for the Son of God, the angel gave the shepherds additional criteria – “born this day in the city of David,” “wrapped in swaddling clothes,” and “lying in a manger” (Luke 2:11-12).

Many believe that the swaddling clothes would have been the swaddling bands used by parents when they were married to wrap their hands together in a symbol of union. Later, the bands would be used to secure the blankets around their newborn children. The bride would embroider symbols on the bands indicating the family’s history and lineage. Mary’s bands would have had symbols from the tribe of Judah, and because she came from the royal line of David, she would have been able to use the royal colors of blue and white. The swaddling bands would have also signaled that Jesus was a legitimate son. In Ezekiel 16, it talks about swaddling and salting as being something that would be done for legitimate babies. And when you think of salt and sacrifices, you can’t help but think of the salt that was required in temple sacrifices.

After the shepherds had seen Christ, they then went out to tell others about what they had seen and heard concerning the child (Luke 2:17). Since these were the shepherds who brought the lambs to the temple, I wonder if maybe Simeon and Anna heard of Christ’s remarkable birth from them first. Maybe the shepherds’ announcement helped prepared them for when Christ was eventually taken to the temple by his parents.

As the story of the Lamb of God intertwines with the sacrificial lambs, we see so many signs and testimonies of the birth of Christ. Not only do the signs point our way to Christ, but they are beautiful and teach us so much about our Savior.

How Do We Find Christ?

Which leads us back to what we can learn from the shepherds. How can we recognize Christ in our own lives? I believe that the shepherds illustrate a very important pattern.

Preparation Through Temple Service: Busying themselves with temple service allowed the shepherds to be humble and prepared when the angel appeared to them. It also gave them a more intimate understanding of the gospel’s ordinances and symbols.

Go to Christ With Haste: Once they received their heavenly message, the shepherds went to search for Christ immediately. They did not ask questions or second guess. They went in haste.

Testify to Others: After they had witnessed for themselves, they went to testify to others. The natural reaction to their own witness was to share.

Gratitude: Afterwards, the shepherds “returned, glorifying and praising God for all the things that they had heard and seen” (Luke 2:20). They were quick to thank and praise God.

Feed His Sheep: Just like the shepherds cared for their herd, we can also care for the Lord’s sheep. Elder Gong in the April 2019 General Conference taught us that, “Our Good Shepherd cautions that shepherds in Israel must not slumber, nor scatter or cause the sheep to go astray, nor look our own way for our own gain. God’s shepherds are to strengthen, heal, bind up that which is broken, bring again that which was driven away, seek that which was lost.”

We get busy with Christmas – and life. It can be easy to miss all the evidences of Christ in our own lives. Let us follow the example of the shepherds. We can ask ourselves if we are actively engaged in temple work. Are we humble? Are we ready for signs and direction when they come? Do we search for Christ in haste or put it off? Do we testify of Christ to others? Do we praise Him for the miracles we have seen?

By remembering to be like the shepherds, we too can rejoice in the coming of Christ. And like them, one day we too will see him face to face. 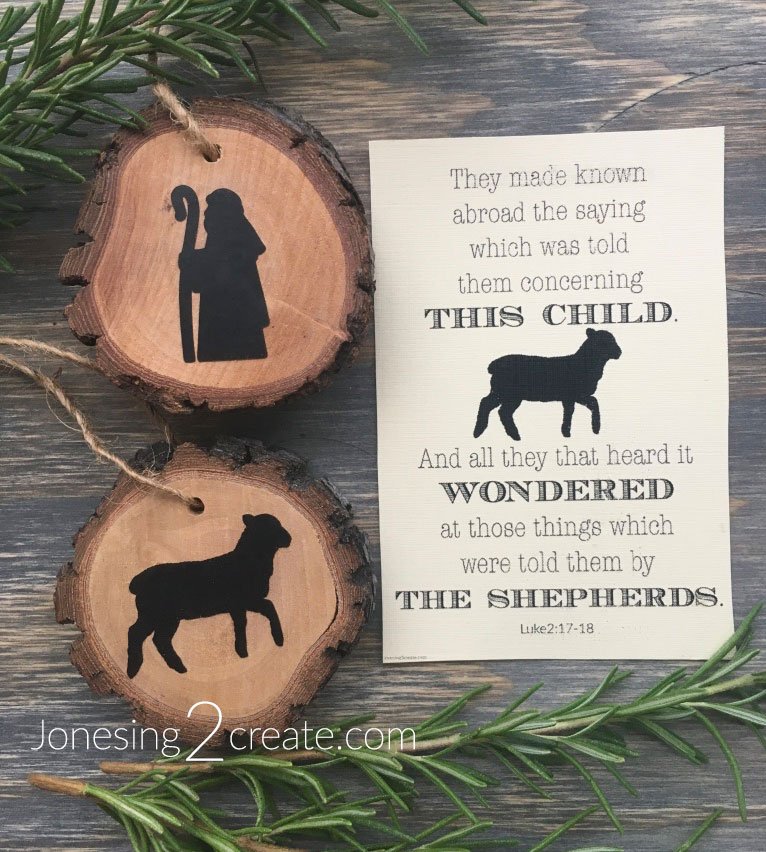 Did you like this Shepherds Christmas Ministering Message? Find more Relief Society Ministering Printables for the Church of Jesus Christ of Latter-day Saints here.