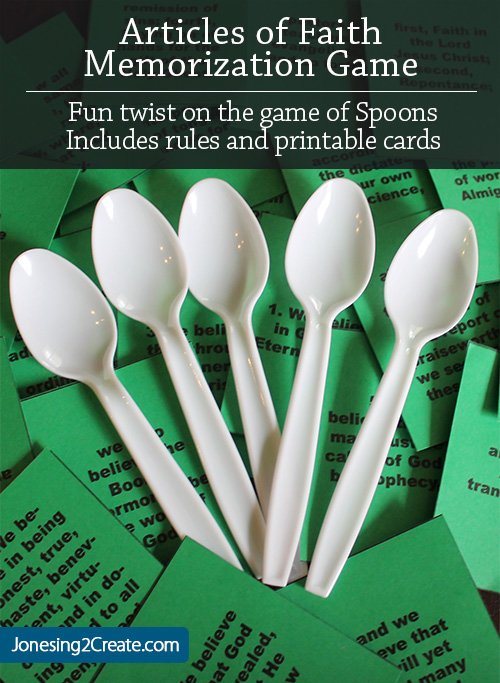 I recently invented this Articles of Faith memorization game for a Young Women’s activity, but it would also be perfect for Family Home Evening.

I love the card game Spoons. It is loud and crazy. Usually with Spoons you use face cards and try to get four of a kind. But instead I decided to make my own cards that divided each Article of Faith into three parts. So a “set” was any three cards that made up an entire Article of Faith.


I printed out three sets because we have a big group of girls, but I printed each set on a different color of paper so that I could easily split them up for smaller games later. To make them more durable I printed them off on cardstock and then covered them with contact paper. You will also need a bunch of plastic spoons and somebody to keep score.

How to Play Spoons Articles of Faith Memorization Game

We all had a blast and the girls didn’t want to stop playing. It was also amazing how hard it was to match the cards up. It took some thought to figure out what card went with each Article of Faith. When we played the game, I didn’t allow them to look at the Articles of Faith, but in hindsight I probably should have. I think scanning through them checking for matches would have helped build more familiarity. I think it would have been fun to sit the teams by each other too. That way they could be sneaky about trying to grab the spoons before any of the other teams noticed.

After the game we built towers out of toothpicks and fruit for the treat. The girls said that they wanted to have healthier treats for Young Women’s and I thought this would be a fun way to do it. 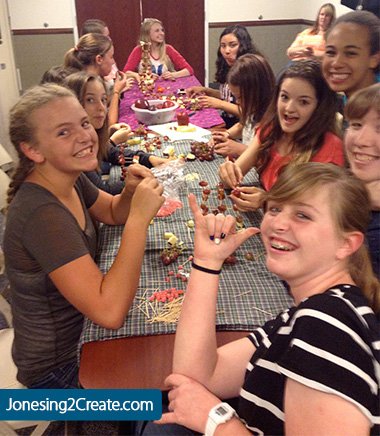 A couple of the girls even decided to build a temple! 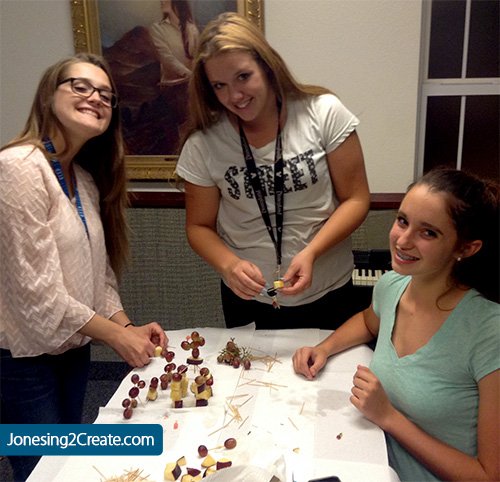 They all really got into it. After they were done building, I gave out prizes for tallest structure and most original.