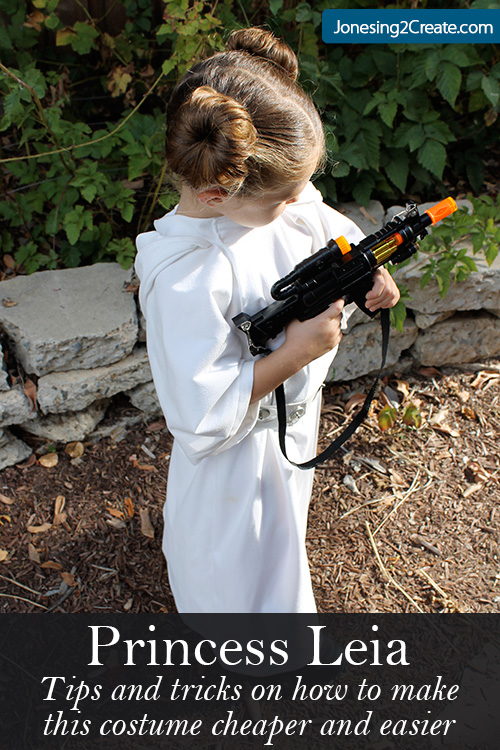 I thought my kids were too old to go along with matching costumes this year, but they surprised me. G– was planning on being Minnie Mouse, but B– really wanted her to be Princess Leia to match his Obi-Wan Kenobi costume. So he told his sister, “If Princess Leia fought against Minnie Mouse, she would probably kill her.” True that. It was all the convincing G– needed. Now she is very excited to be “the princess who FIGHTS!”

While doing research on how to make a child’s Princess Leia Costume, I quickly learned that things could get pretty risque pretty fast. Beyond just her iconic Jabba the Hutt costume, there are a lot of very sexy versions of Princess Leia’s wardrobe and a lot of kinky photos out there. I learned not to Google “Princess Leia Costumes” when the kids were in the room with me and to be really fast on the back button. Kind of sad. I was proud of G–‘s decision to be Princess Leia because she is somebody who takes life by the horns and fights for what she wants. It was sad that somebody who is seen as a strong heroine had been so thoroughly objectified. Luckily for me, G– still sees Princess Leia for what she is, a “princess who FIGHTS!”

I was dying when I dropped G– off for preschool in her costume and all the girls were showing up in their princess costumes and G– exclaimed, “Look Momma! They are dressed as princesses just like me!” Hilarious! I didn’t bother to point out that none of the other princesses were carrying guns… 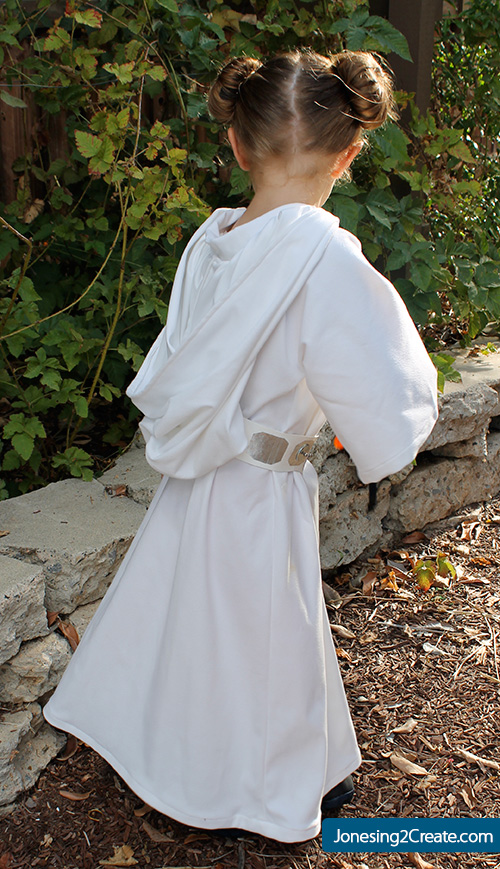 How to Make a Child Princess Leia Costume

To make her Princess Leia costume I used the same tutorial that I used for B–‘s Jedi robe, I just didn’t include the slit on the front. 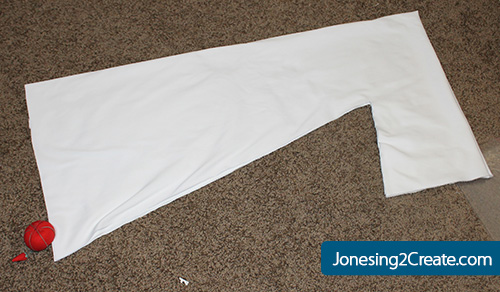 For the neck, I traced a Cool Whip lid so I would get a nice round circle. 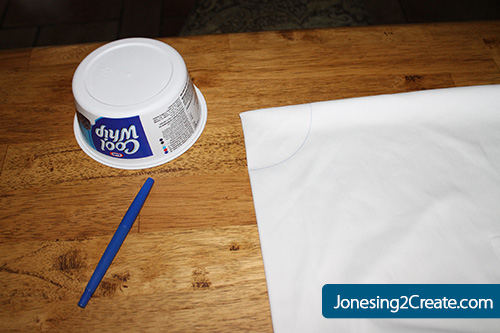 But the white fabric I used for the robe was a knit and I made the mistake of cutting the hole for the neck too big. If you are using a knit fabric keep in mind that it will stretch and expand. And with Princess Leia’s costume you want the neck to fit as tight as you can. I also hate doing zippers and buttons, so I wanted it to just barely slip over her head. I was able to make some darts on the front to get it back to a decent size, but I would have rather just done it right in the first place. 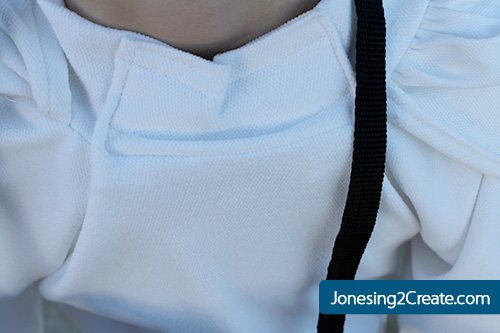 I then sewed the hood to the neck, pleating the hood so that it fit right. 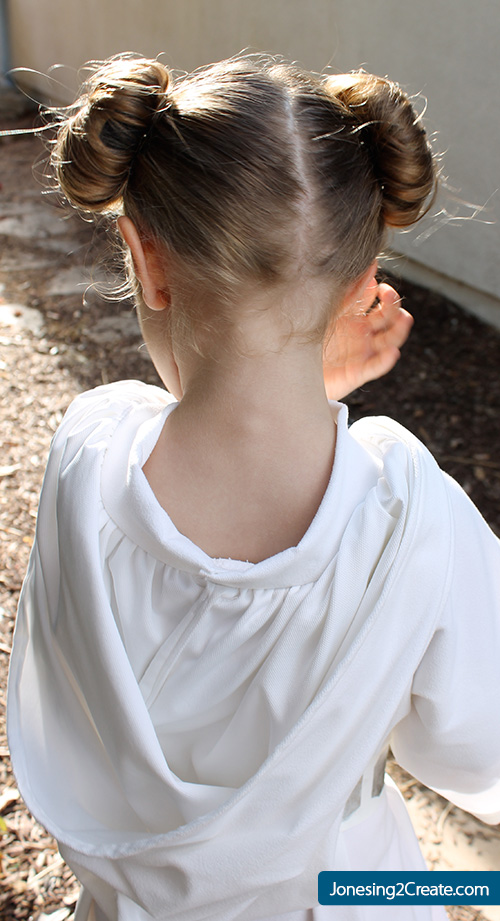 I wasn’t going to bother with a collar and was just going to buy a white turtleneck, but I didn’t like that I could see the seams around the neck after I added the hood. So I added a high collar that made it look more like Princess Leia’s dress. The most challenging part was getting the neck right, but everything else was super easy.

To make her fabulous buns, I just used sock buns to give me the extra volume. Her hair isn’t super thick or long, especially since her brother took some scissors to her hair a month ago to make polyjuice potion. Yikes! G– loved the buns so much that she didn’t ever want me to take them out.


For her belt I used some fake white leather I had laying around. The silver is just fabric I glued on and then I used washers and silver beads. The belt fastens with Velcro in the back. 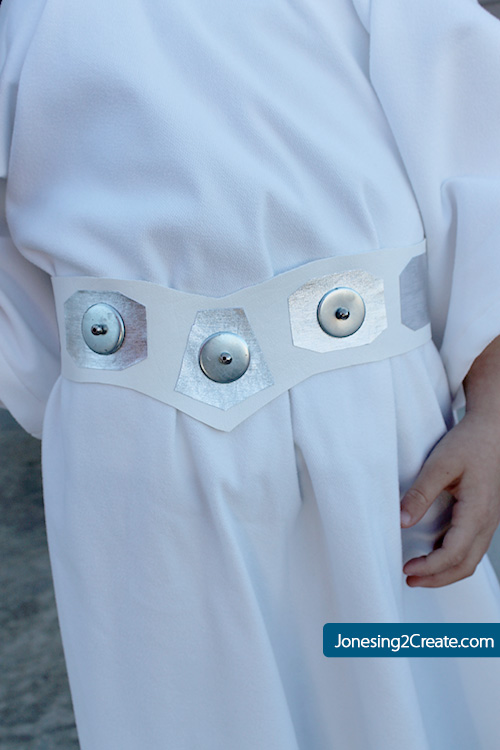 Of course we couldn’t leave Princess Leia defenseless, so I bought G– this awesome toy gun.


And now she is ready to take on the clone troopers!