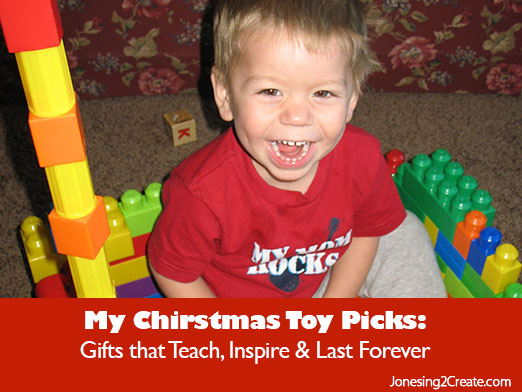 This month I have put myself on a 12-step program to help me kick my “Christmas Overkill” addiction. This week I am on step three.

Step Three: I recognize that being a good parent or making my children happy doesn’t mean I have to entirely fill the living room full of presents. In fact, by teaching them how to be happy with less I am teaching them an important life skill.

When we tell our children that they already have enough, we are letting them know that they can be happy with what they have. We are sending the message, “You can stop wanting, you are okay.” But when we are constantly buying them things we are telling them that they don’t have enough – that they are always one more thing away from happiness.

To be a happy adult, we need to learn that happiness does not come from consuming. No matter how much you acquire you will never be happy until you can tell yourself, “I can stop wanting, I am okay.”

So this Christmas I have been focusing on fewer presents, but have looked for ones that pack a bigger impact. I am sick of having lots of small toys all around the house that the kids never play with. Plus it just teaches the kids that it is okay to consume and discard. What a waste!

So this year my criteria for buying gifts has been as follows:
1) Does it educate?
2) Does it encourage activity?
3) Is it durable?
4) How long do I think my child will play with it?
5) Will it teach my child new skills?
6) Do they already have toys similar to this? (For example, does my daughter really need 20 dolls?)

One of the best things I have done in this process is to get rid of commercials. We no longer watch regular TV, but instead use Netflix. I have been surprised at the difference it makes. My kids aren’t always consumed with desire for everything they see on TV. In fact, when I ask them what they want for Christmas they generally have no idea! They are happier and I have to listen to less whining! I have found that commercialism has more negative side effects than we generally give it credit for.

This year I am making most of my kids’ presents, including redoing a doll house I found on the side of the road and building a tire swing (I will be posting tutorials and photos after Christmas). But over the years I have also found some toys that I have absolutely fallen in love with. These are all toys that my children have played with for longer than a year on an almost daily basis. 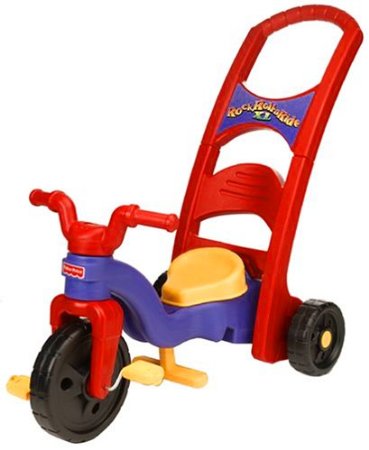 We bought this about four years ago for our son when he was ready to start using a tricycle. We haven’t ever really used the rocker feature on it, but this thing has been played with too death. And surprisingly it still looks great even though we store it outside in the rain and the sun. We did leave the stickers off of it though because we knew that they would just look nasty soon anyway. Our son still rides on it even though he can now ride a bike without training wheels and his little sister is also on it all the time. We have totally gotten our money out of this one!
My favorite things are: 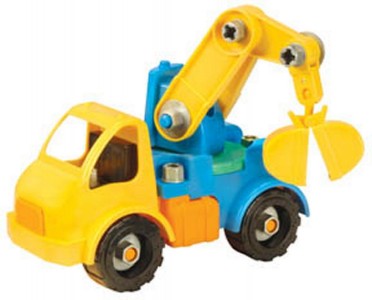 We bought these for our son about two years ago and he is still playing with them. They are also some of the favorites for kids who come over. And when our daughter got old enough, she loved them just as much. At first our son was only able to take them apart and we would have to show him how to put it back together, but gradually he learned how to do it himself. It has been fun watching the toy grow with him. And despite the surprising uses the drill has been put through, it has held up great. 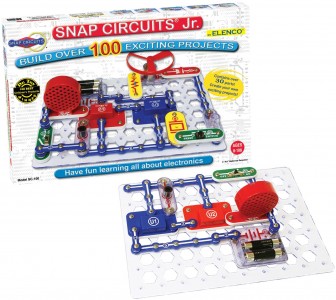 We bought this for our son last year. It is like Legos with electricity. It has been a great way to teach him about electricity. It also comes with lots of projects that he can keep doing as he gets older. 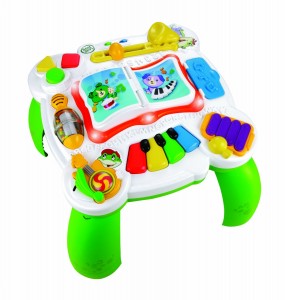 We got this for my son when he was a baby, but he played with it until he was almost four. When he was younger, he liked all the buttons and knobs, but as he got older he liked to use it for the music. And it is crazy durable! It has now been through three families with multiple kids. 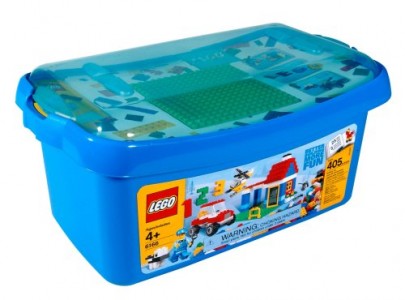 I am a HUGE fan of Legos. But I sometimes get frustrated by the super specific sets that they make now. They are hard for younger kids to figure out and many of the pieces can’t be used for anything else. Simple kits like this are great for beginners and allow for a lot of flexibility. We have bought my son a lot of different sets, but this simple bucket of bricks has been his favorite. 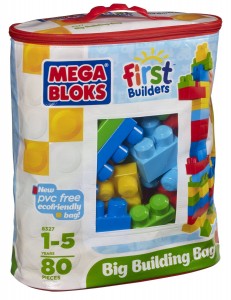 Before my kids were old enough for Legos, I went crazy with Mega Bloks. I love that they are big enough to build things that you child can actually get into. For example over the years I have built castles, thrones, and forts. We picked up a bunch at a local thrift store so that we had tons. Even though we now have Legos, my kids still play with these and I love them. The only downside is the storage cost. 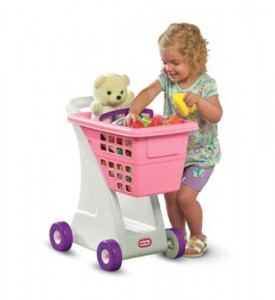 We bought this last year for my daughter and it is still a favorite toy. I love how sturdy it is. I have also found that it is great for toy clean up. My kids often use it to gather up toys from around the room and then they take them back and dump them in the toy box. The only down side is that sometimes my kids can really get this thing moving. I have had to put it in time out a couple of times when they have sent it down the hall and banging into my wall. 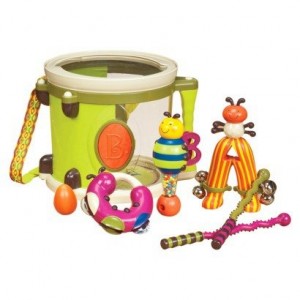 We got this two years ago and it is very durable. It is great for those impromptu family concerts. And the instruments are perfect for younger children.

If you are looking for something a little older, we also like Melissa & Doug Band in a Box

. Both sets have been a great way to teach our children about music.