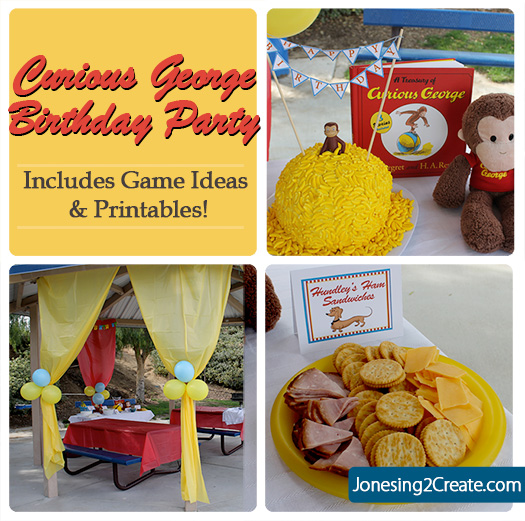 My little girl is crazy about Curious George. Right now they are the ONLY books she ever wants to read. I have to admit I don’t really get the fascination. He is a cute little monkey, but you would think that the Man in the Yellow Hat would have learned by now that he shouldn’t let his monkey go running without him. But my husband and I do get a kick out of the original books. They are so not politically correct. The Man in the Yellow Hat always seemed so nice…but turns out that he kidnapped that little monkey off an island and stuck him in a zoo. And then gives him a cigar on the first night! Really?!? What kind of person introduces a monkey to smoking?

Anyway….my daughter has been so excited about her party and it has been fun to put it together. I was pretty burned out after all the holiday craziness, so I tried to keep things simple. Plus I don’t do a “big” party for my kids until they are five because it is just too overwhelming, particularly for my kids and their temperaments. (See my post on how to plan a party for your kid that they will actually enjoy instead of sobbing through most of it). So I just invited a handful of friends and family.

We also had it at the park, which was brilliant! It was probably one of the more relaxing birthday parties I have ever done. And the kids had more fun at the park than any bounce house I could have rented. Plus, if you are going to throw a Curious George party it just seems right that you would have a jungle gym there.

For the birthday invitations I took a picture of my daughter hanging from the monkey bars and then Photoshopped George in. They were super easy to do and she liked seeing herself next to Curious George.

This time I decided not to serve a meal and just do snacks. I have noticed that everybody gets really burnt out on sugar when there are too many sweets at a party, kids included. So I tried to do some healthier things. I love alliterations, so I came up with snack names that started with the same letter as the food. 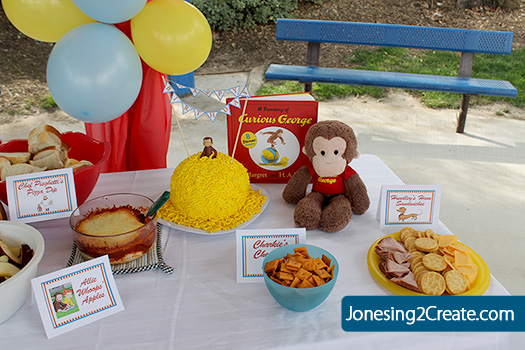 I then designed little signs for each.
Download Curious George Food Printables (PDF) 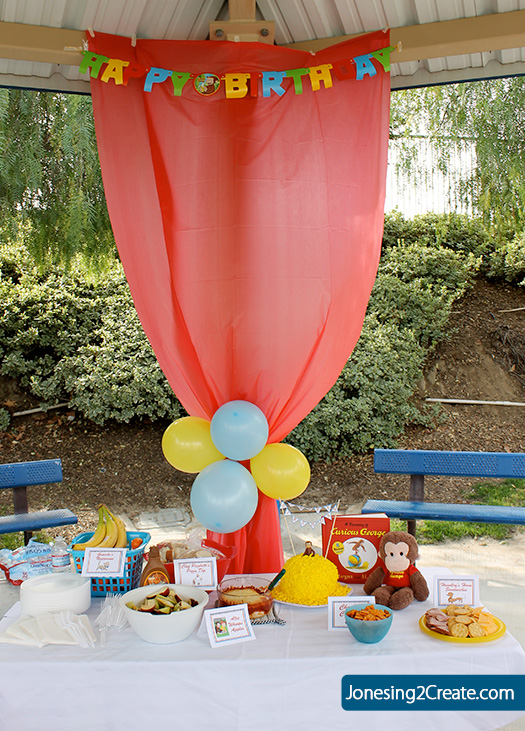 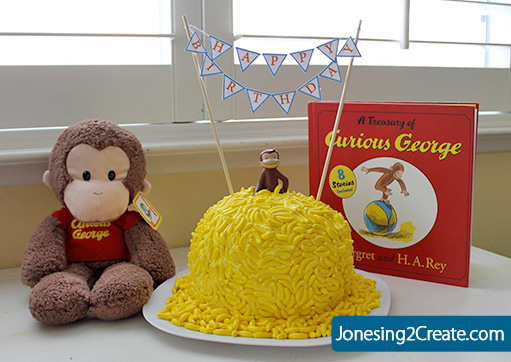 The cake was pretty easy this year. Usually I like to do fondant, but this year I decided to skip it. Instead I just stuck little candy bananas all over it to make it look like George was sitting on a pile of bananas! And no, I didn’t pick all the bananas out of Runts. You can actually buy just the Runt bananas. 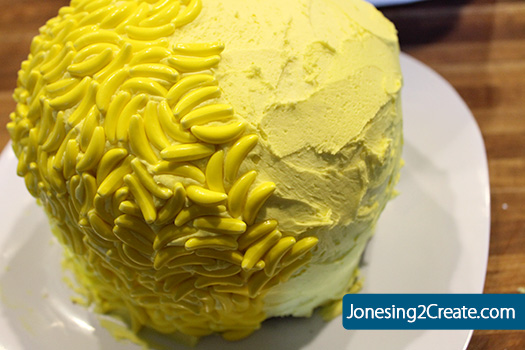 I bought the cake topper here:


(SIDE NOTE: After the party, it became a much loved toy. Then years later, I made it into a repurposed toy Christmas ornament so I would always remember my Curious George loving girl!)

I am terrible at making anything with frosting or writing on cakes, so I always have to get creative. I have learned the trick to making things look good is recognizing what you stink at and then just avoiding it.

I was also excited because this year I finally found a frosting recipe that I like! In the past they have always separated or melted. And I won’t eat canned frosting, I can literally taste the preservatives in it. Yuck! For the recipe I substituted butter (not margarine) for some of the shortening and it tasted wonderful and was really easy to work with. I have noticed that whenever I use margarine the frosting separates. For coloring the frosting, using gel paste food coloring will give you those bright colors with way less coloring.

Using a simple box cake mix, I baked the cake by using a Pyrex bowl to cook the top and a smaller cake round for the bottom.
Download Curious George Cake Banner (PDF)

For the party we rented the park’s little pavilion. It only cost $20 and I picked a small park that didn’t get a lot of traffic so that we weren’t competing with a lot of other people.

I wanted to make the pavilion look kind of like a circus tent, so I used plastic tablecloths I bought at the Dollar Store. It was a fast and cheap way to make it look really neat. Just don’t forget your ladder! 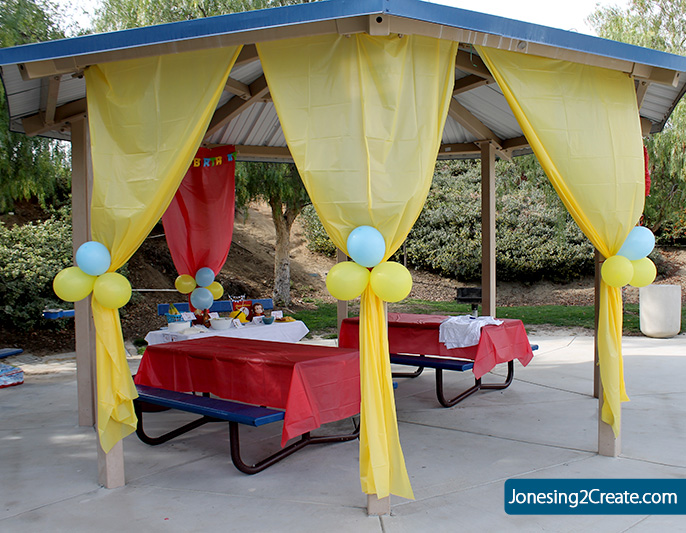 I then just added balloons and a cute banner I bought online. I was going to make one, but I have promised myself that I would be better at simplifying and I couldn’t beat the price. I just wish it had been a little bigger.


I brought a folding table to give us more space and I set up the food on there. I then used the food signs, a stuffed Curious George I bought (he is so soft, my daughter now sleeps with him every night!), and some of the books.

It only took me about 45 minutes to get it all set up. So much easier than trying to decorate the house! And the kids were able to play while we did the work. The only downside is that you have to remember to bring everything you are going to need with you. So I took some time beforehand to write a pretty comprehensive list and then to throw it all into large storage bins that I could easily carry. 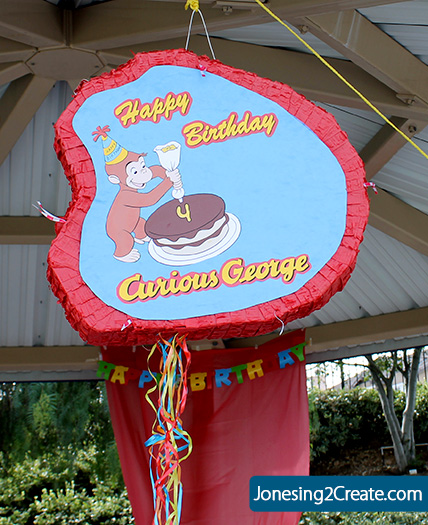 I love pinatas and never feel like a party is complete without one. For my son’s birthday I went a little nuts and made him a Lego pinata from scratch. I loved how it turned out, but I wasn’t ready to spend that much time again. So I cheated! When looking for Curious George Pinatas, I couldn’t find a single one that I liked. And the one that was shaped like him was frankly a little creepy.


So instead I bought a Wonder Pets piñata that was on sale for only $6 and turned it into a Curious George piñata.

It was really easy to do! The kids loved the piñata and even took turns hitting it after all the toys and candy had already fallen out. If you really want to have fun, try sticking some bouncy balls in the pinata. It is fun to watch them bounce every where when it breaks open! 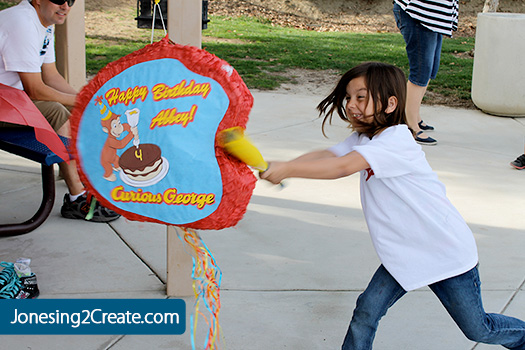 Curious George Goes Camping
Since my daughter loves the books so much, I decided to center the games around things that happened in the books. I had a blanket laid out on the grass and we all gathered around for story time. The little ones really appreciated the downtime between activities. 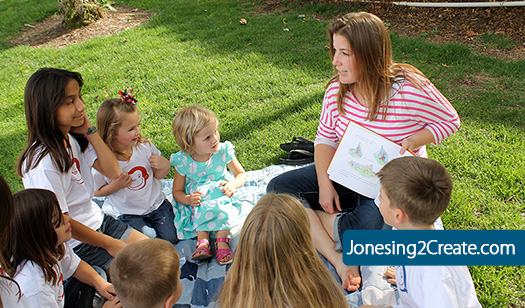 I first read “Curious George Goes Camping.” Then for the game I had my mom wear a flannel shirt and chase the kids (she was the camper), they got sprayed by a skunk (aka. water bottle), looked for the fire up on the jungle gym, swung through the trees (the monkey bars), and then caught the fire (my friend’s daughter wearing a mask that looked like fire). Their favorite part was getting sprayed by the skunk! 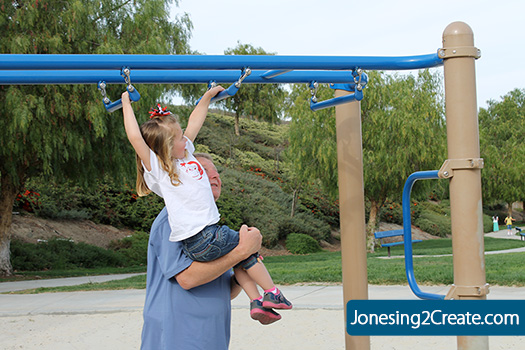 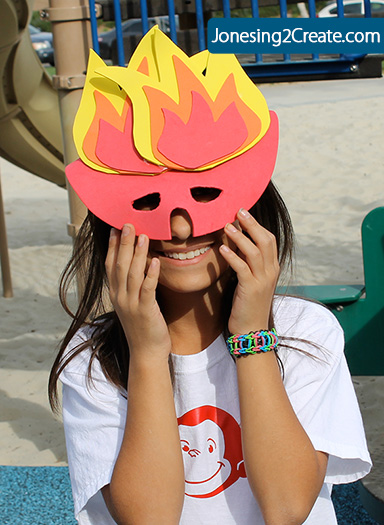 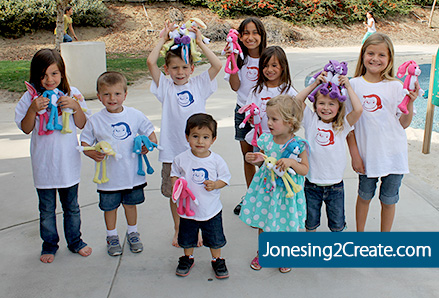 After the games the kids just played and buried themselves in the sand. And I actually got time to sit and chat with my friends! 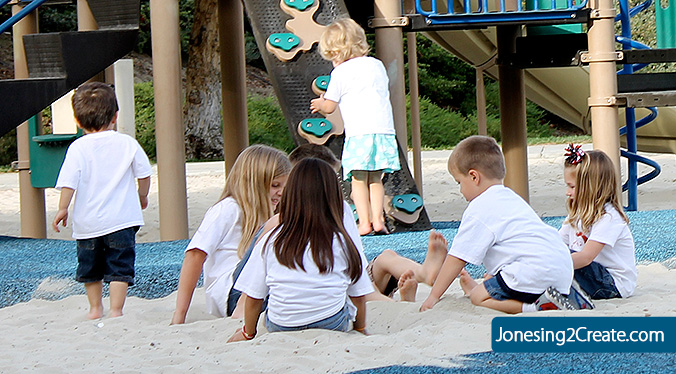 All the kids know by now that if they come to one of my parties that they are going to go home with a shirt. At the party one of my daughter’s friends excitedly listed off all the shirts she had that had come from my parties. I love that they get so excited about them and that they get so much use out of the shirts. And custom party t-shirts are so easy and cheap to make!

Later one of the moms told me that her daughter didn’t want to take her t-shirt off when she got home and that she had to wash it that night because she insisted on wearing it again the next day. I love it!


After the party, the clean up was so easy! Usually my husband and I are up late mopping and doing dishes, but this time we had everything cleaned up in about an hour and we watched a movie after the kids went to bed. Nice!

But the best part of the day was when we first got to the park and my daughter was playing while we set up. She suddenly stopped what she was doing, looked over at me and sweetly yelled, “Thanks mama!” It is funny how just one little expression of sincere gratitude can make all the work totally worth it.

I totally love doing this stuff! It is so much fun watching the kids enjoy themselves. It will be so sad when my kids get too old for this. I will have to see if my kids will let me plan my grandkids’ parties…