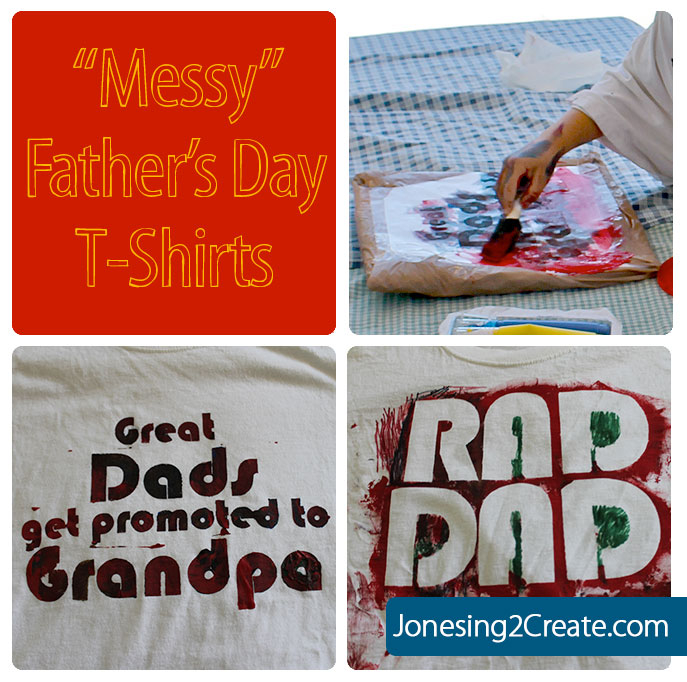 One of my biggest pet peeves is getting a gift from my kid that was clearly made by their teacher. I appreciate the sentiment, but I am typically unimpressed by how well a thirty-year-old woman can cut and paste. I prefer the messy, often ugly, creations that my kids have put their hearts and souls into.

But it can be hard to find a project for your kid to do that won’t just make somebody feel guilty about throwing away later. Luckily my family has no issues with wearing odd t-shirts around the house, so I figured that would be the perfect place to let my kids go nuts. 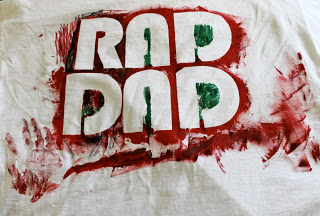 I used my Silhouette to cut out the stencil. You can save money by using contact paper

because you will just be removing it anyway. And if you don’t have a vinyl cutter, you can buy some vinyl letters and stick those on.

I found that it was much easier to choose shorter sayings and to use a bigger font. If you have younger kids, you will want to keep an eye on them to make sure they don’t pull your stencil off while painting.

If you have little ones, you will probably want to mask off any area of the shirt you don’t want painted. I just folded up the shirt so that most of the shirt was behind the piece of cardboard. I then covered it with a plastic grocery bag and taped off around the stencil. 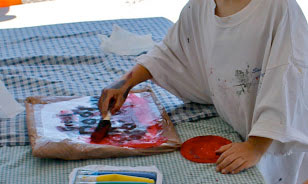 The first one I did I had the kids paint inside the letters. But it was a lot of work getting the stencil on there straight, so I had them paint around the letters for the next two. I think I like it better like that because you could see their cute little hand prints. 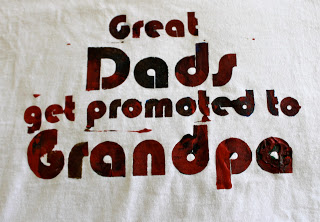 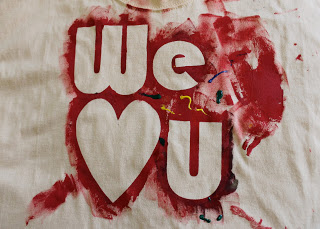 I let my kids use a bunch of different stuff to paint with–acrylic paint, fabric markers, and permanent markers. Brushing on the acrylic was definitely the easiest for them to do and it stayed on the best after multiple washings.

Afterward, I just threw my two paint covered kids into the little blue swimming pool in the backyard!