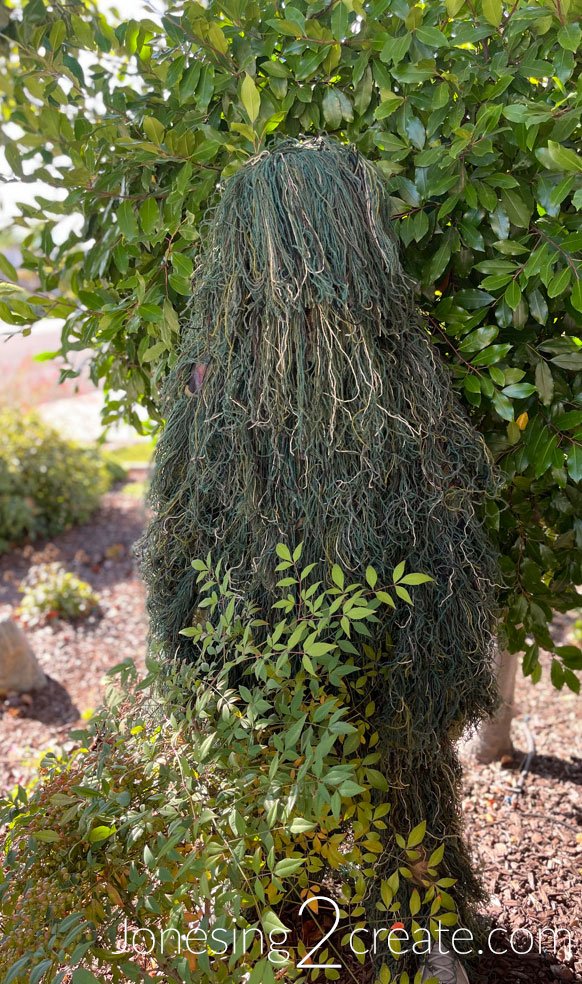 While taking photos in the front yard, we had multiple people cracking up as they did a very slow drive by. The ghillie suit looks amazing.

A ghillie suit is also the perfect base for all kinds of costumes: solider, Tree Ent, bog monster, Bog Monster of Louisiana, DC’s the Swamp Thing, Marvel’s Man Thing, the 1940’s “It!”, the Bog Swamp Demon from Teenager Mutant Ninja Turtles, the Glob who fought the Hulk, Moss Man from Masters of the Universe, etc. You could even make an Oscar the Grouch costume out of it! It was seriously the most fabulous piece of clothing I had ever seen. Even the name is amazing – ghillie.

My boy is now in high school and it is tricky finding a Halloween costume. It has to be cool, but funny and memorable. My son told me that he plans on wearing the bog monster Halloween costume for the next four years! Let’s see if he sticks with that. I think it would be a riot at a Halloween dance. Dancing with someone in a ghillie suit would be totally unforgettable. 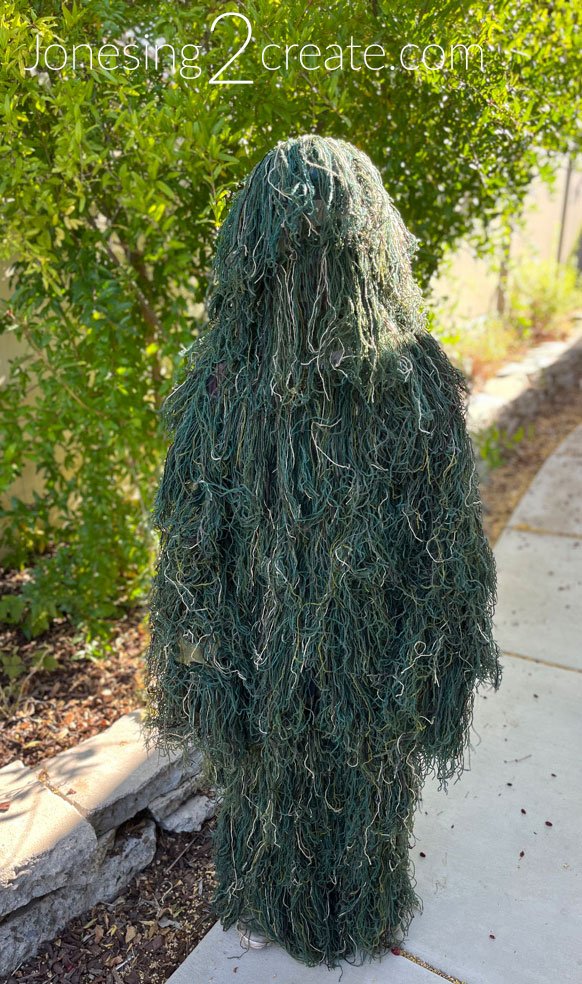 Right now, he is mostly interested in hiding in the bushes and jumping out to scare friends. We have thought about having two entries to the house for trick-or-treating. A regular one for little kids, and then a second scary one with him hiding in the bushes. The ghillie suit would also be amazing for haunted houses! You could crouch in the corner and then jump up at people. 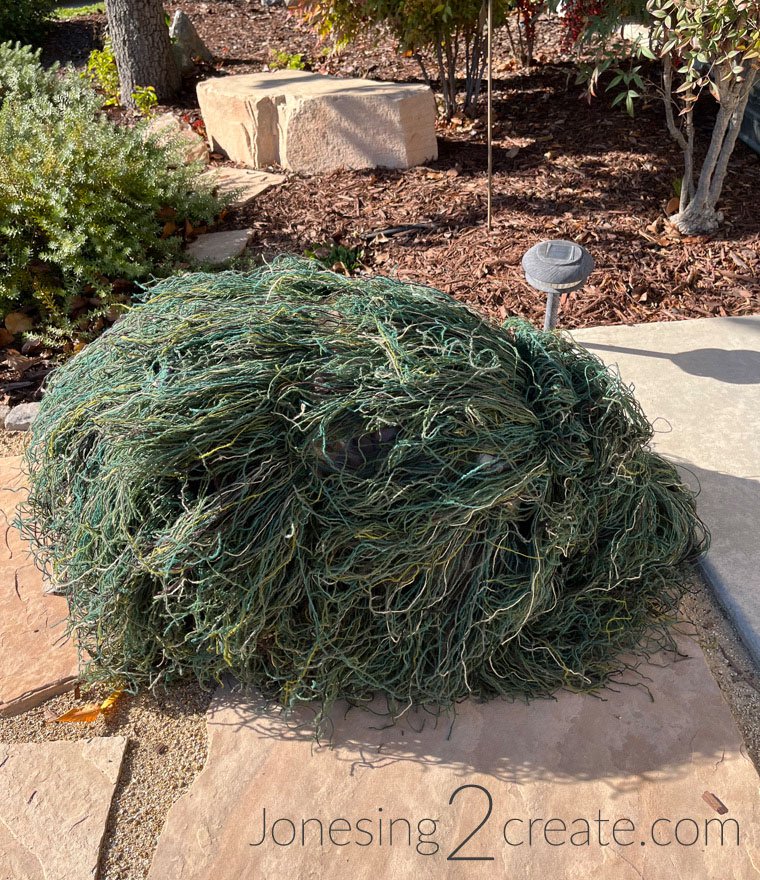 I was super surprised how inexpensive the ghillie suit was. It looks like it should be expensive, but it was pretty cheap. And it saved me a ton of time in crafting or picking through overpriced thrift stores!