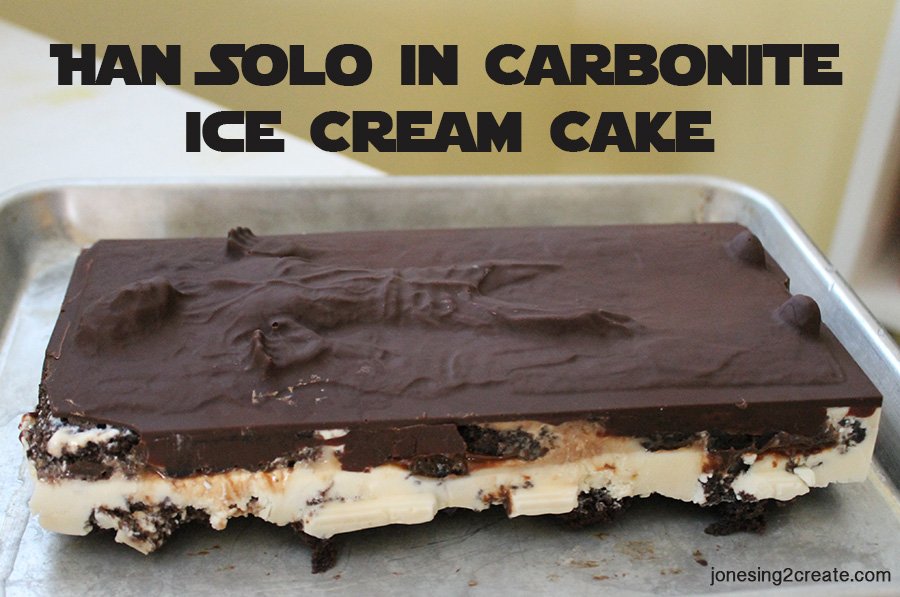 This year for May 4th, I woke up in the morning and decided to throw my kids an impromptu Star Wars Day party.  I had to act fast, so I whipped up this Han Solo Carbonite Ice Cream Cake with less than 30 minutes of prep. I made a Han Solo Carbonite Cake using fondant for my son’s Star Wars birthday party, but it took a while. This one is so much easier. You will need enough time for it to harden in the freezer, but the prep was ridiculously simple. If you can spread butter on toast, you can make this.

For dinner, we also had Jabba the Hutt Dogs, Princess Leia-nade, and Jar Jar Beans! The beans are just oven-roasted green beans that my kids dip in ketchup. We call them French fry beans! 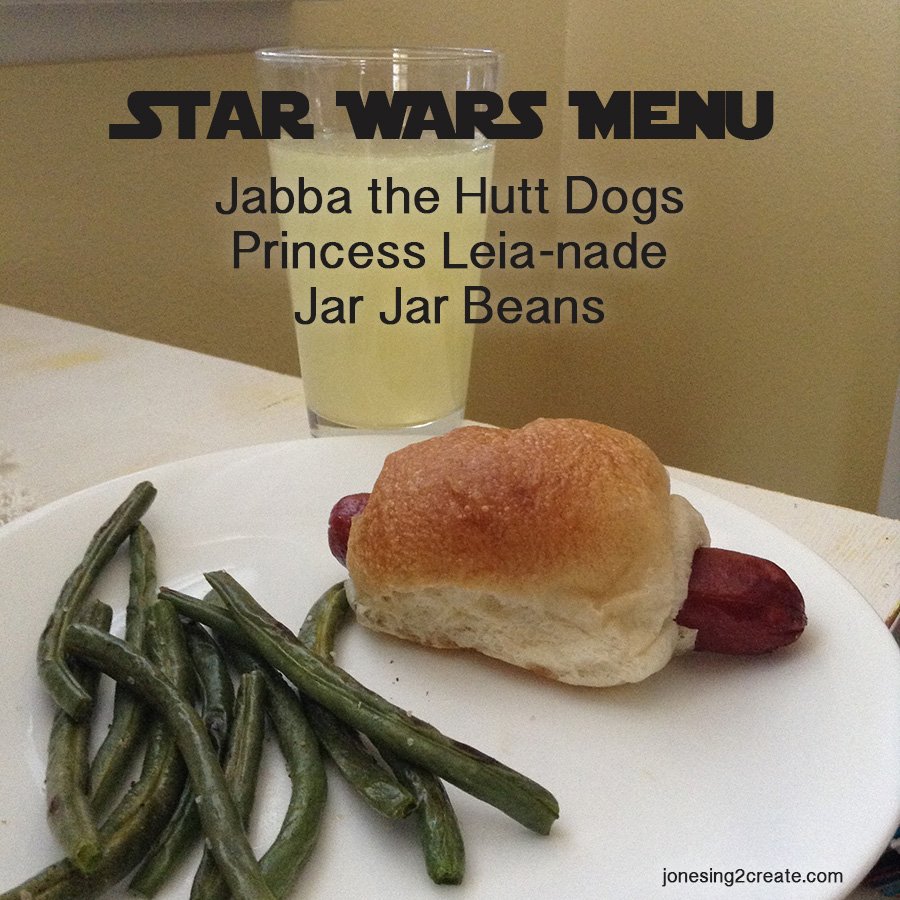 The kids were so excited that they decided to pull out their Princess Leia and Kylo Ren Halloween costumes and we grabbed daddy’s Darth Vader costume. With hardly any work, we had ourselves a legit Star Wars party. Sometimes mommies feel like they have to stay up all night crafting or prepping amazing activities for their kids, but it is totally not true. Most the stuff we agonize over looks great on Pinterest, but the kids couldn’t care less. When I just use a little creativity, trim out the fat, and only focus on what resonates with my kids, we have a blast with very little work. In fact, some of my best mommy moments have required no work at all, just a willingness to live in the moment.

This Han Solo Carbonite Ice Cream Cake was so easy to make and yummy that I decided to share the recipe on my blog.

What you will need:

2. Once the chocolate is smooth enough to pour, pour a thin layer into your mold. You want it thick enough to fill in all the detail of Han Solo, but not so thick that it is impossible to cut through when it is frozen. I just added enough chocolate to get an even coat on the bottom of the entire mold. The silicon makes it really easy to pop it out, so you don’t have to worry about greasing the mold. But because there is a lot of detail in the mold, you will want to get all the bubbles out. You do this by gently tapping the side of the mold or shaking it. At first, you will see a lot of bubbles coming to the surface and then gradually it will decrease. I am picky, so I shake until most are gone. The fingers are especially tricky and I found it helped by sticking a little bit of chocolate in there first, shaking it down, and then adding the rest of the chocolate on top.


3. Stick the chocolate and mold in the fridge to harden. It doesn’t have to be rock hard, but hard enough that you can add the next layer without it getting too mushy.

4. While you wait for the chocolate to harden, bake your brownies according to the instructions on the package and let them cool a little.

5. After your chocolate is ready, scoop out pieces of the brownie and smash them down into the mold so that it is packed in there evenly. While you do this, pull out your ice cream so that it can soften enough to spread it.

6. Warm up your jar of fudge so that you can pour it on evenly, then add a thin layer of fudge over the brownie.

7. If your ice cream is soft enough, begin to spread it over the layer of fudge. I used mint ice cream, but I can think of lots of flavors that would be amazing – Moose Tracks, Reese’s, strawberry, cookie dough, cookies and cream, etc. After you are done, you will want to stick it in the freezer to harden a bit.

8. Once your ice cream layer is hard enough, add another layer of mashed-up brownie to top off the mold. Then stick it all in the freezer to harden once last time.

9. After about two to three hours (depending on how melted your ice cream was), everything should have firmed up enough. You can remove the mold from the freezer and gently start to remove the cake from the mold. Mine was a little stubborn at first, so I ran some warm water over the top while being careful not to get any water in the mold. After that, I was able to start pulling it away. Once it is loose, flip it right side up on a serving plate and enjoy!

Since Ladybug was dressed up like Princess Leia for the party, we teased her about eating her husband. Sick weirdos. Poor Han Solo – this cake was quite literally death by chocolate.