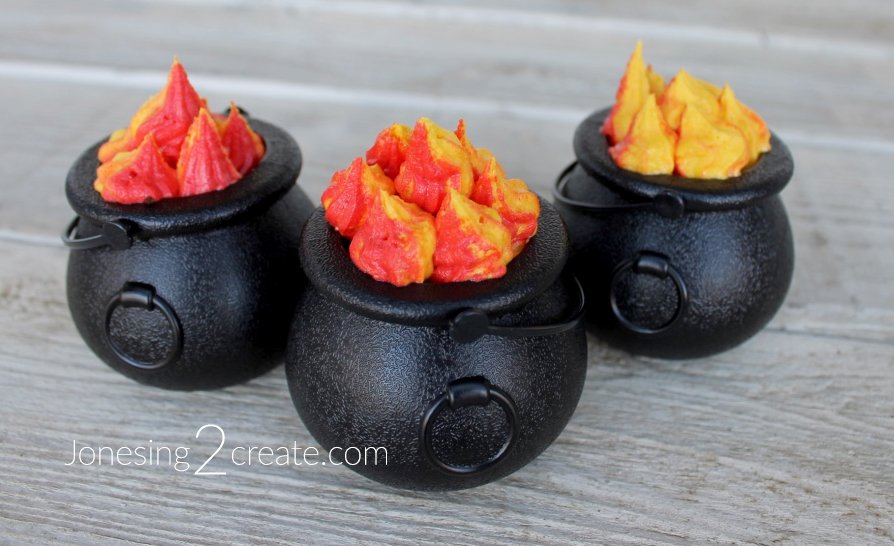 I have wanted to make Harry Potter Cauldron Cakes for a very, very, very long time. Ever since I saw my kids drool over them at Universal Studios, I have been waiting for the perfect opportunity to make a batch. So I may or may not have planned an entire Harry Party themed Minute-to-Win It party as an excuse to make the cauldron cakes. Feel free to laugh at me, but it was totally worth it. I have no regrets! 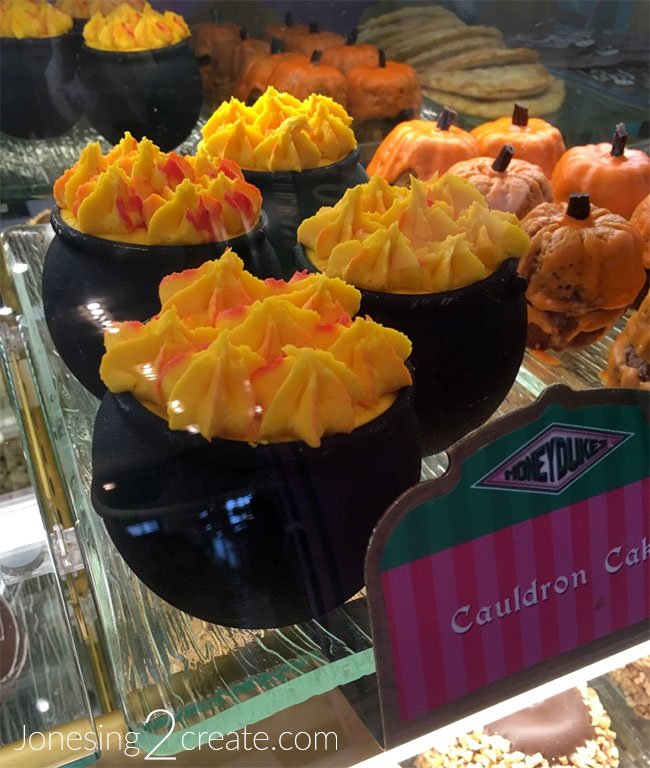 These cupcakes are crazy easy to make and I was surprised how close they looked to the originals. The big difference is that mine are smaller and if you stick the cauldrons directly into the oven, you are going to have a mess. The really cool thing about the Universal Studio Cauldron Cakes is that the pot is made out of silicone and can be reused to bake stuff. My cauldrons are much cheaper, but they are made out of plastic. You can use them to keep your loose change or Harry Potter knickknacks, but you definitely can’t get them anywhere near the oven. 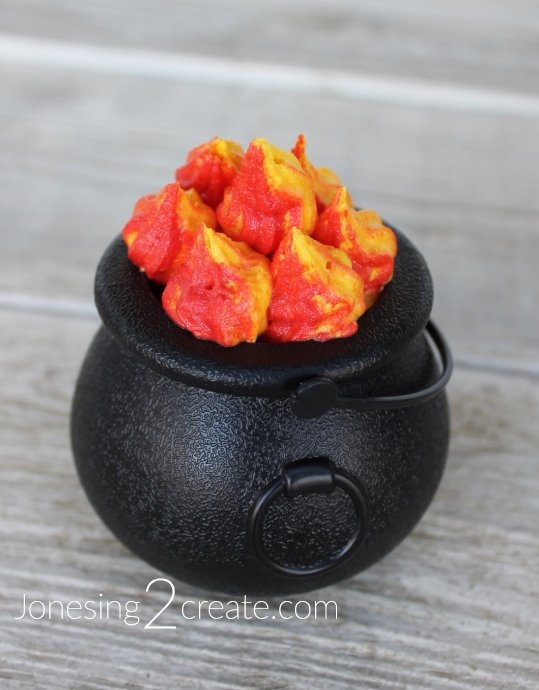 However, unlike the Universal Studio Cauldron Cakes, I decided to add a fudge center to mine. I thought that anything in a cauldron ought to be a little gooey. And fudge makes everything yummier. 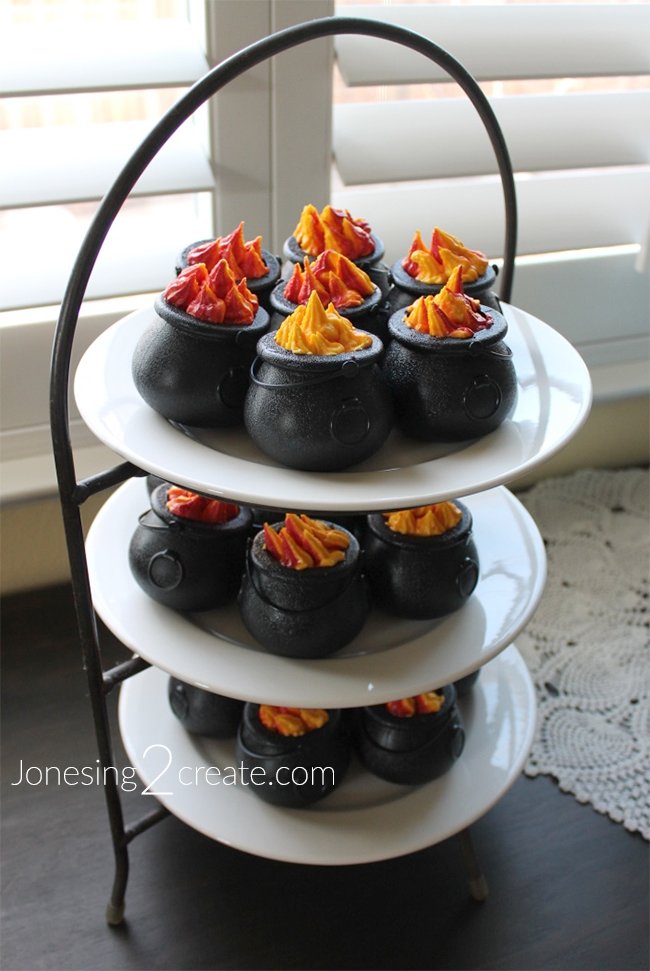 Step 2: Carefully stuff a small cupcake into each cauldron. I found it easiest to bend them a little and ease them in sideways. Once the cupcake was in, I could straighten it out in the bottom. 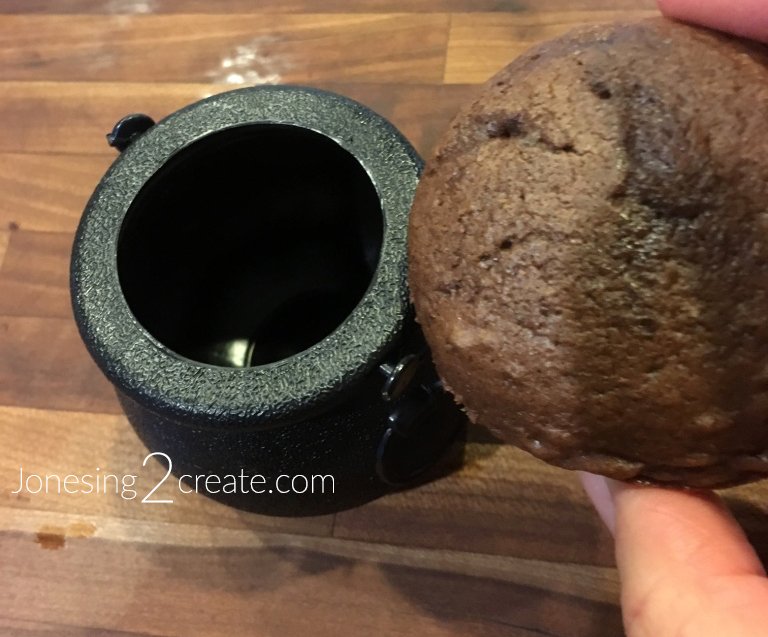 Step 3: Put a large spoonful of chocolate fudge in each cauldron on top of the cupcake.


Step 4: Place another small cupcake on top of the fudge. 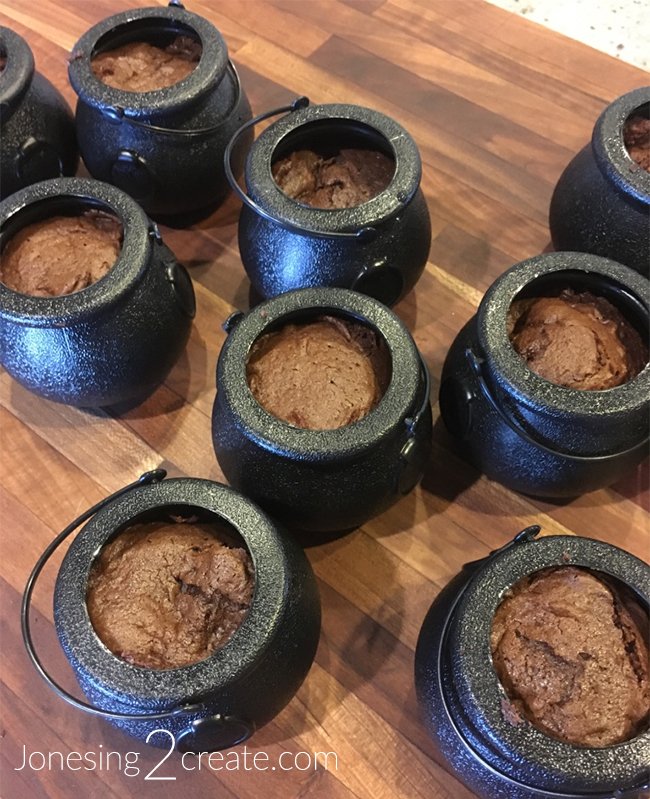 Step 5: To get the swirl pattern in the frosting, I carefully laid one layer of red frosting in my frosting bag and then a yellow layer on top of that. It got a little messy, but it doesn’t have to be perfect. 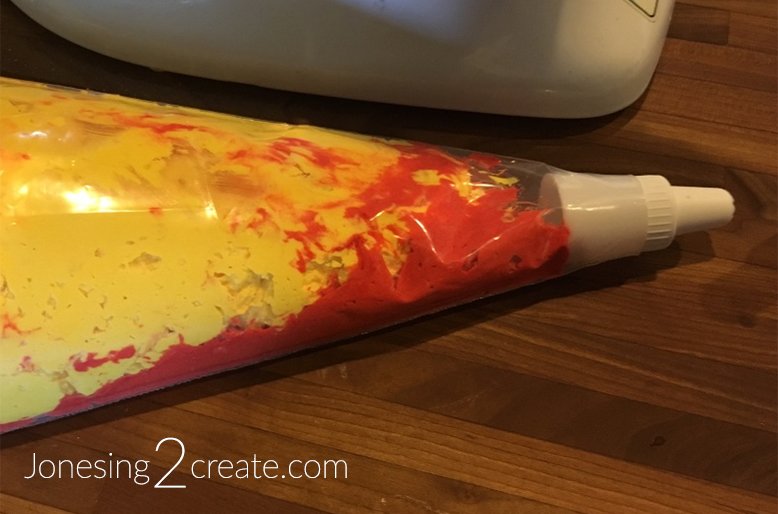 I did a few practice flames first to prime the pump and to make sure the colors were coming out the way I wanted them to. Since you are only covering a little hole, it doesn’t take very much frosting.

If you don’t want to buy the cauldrons, you can also make a version using only a black cupcake liner. This doesn’t have the fudge filling and was made just like a normal cupcake. 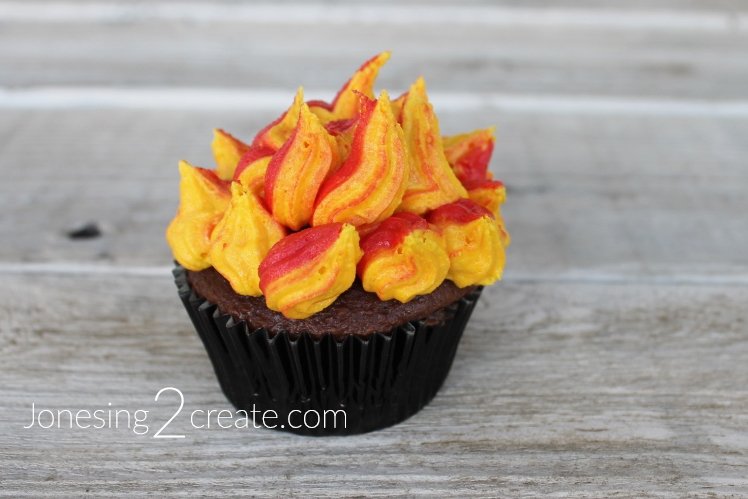