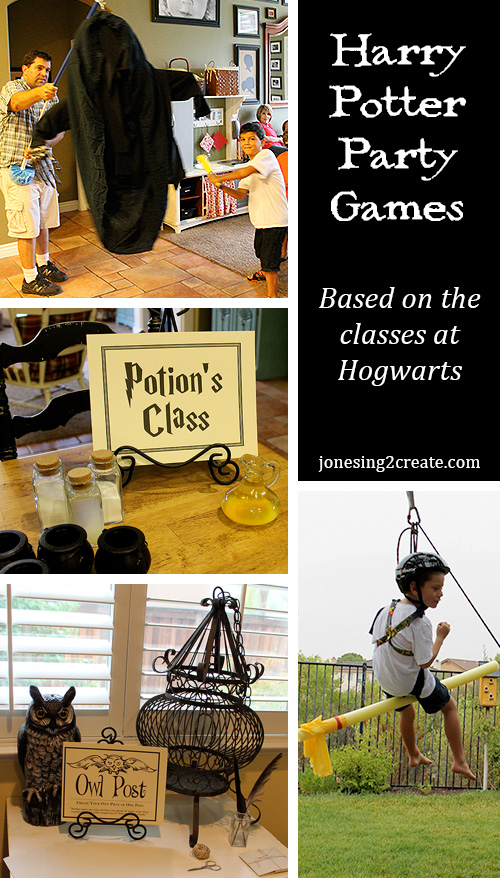 Now that you have heard all about the food and invites, it is time to cover my favorite part of any party — the games! If you are looking for some Harry Potter party game ideas, I loved how we tied all the games together by making them different classes. The kids loved getting their report cards filled out!

When the kids first came in I greeted them wearing my witch’s hat and gave them a overview of Hogwarts. I also made a small Ollivanders’ wand shop where they could pick up their wands. There are some really great tutorials on how you can make wands using paper and hot glue, but I decided to keep it simple and I just bought some really cool looking twisty chopsticks off Amazon. The kids LOVED them and they were less than 50 cents each! 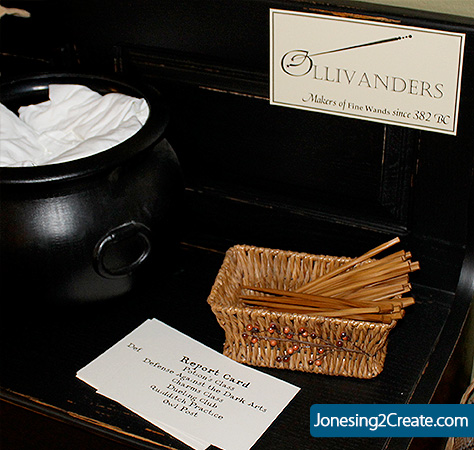 Each child also got a report card that listed all the classes they needed to take. (Looking back, I wish I had listed all the school grades they mention in the book on the report card.) I told the kids that once they completed their classes, they would get a gold gaellon to spend at Honeydukes.

I put each of the classes in a different room in the house. I really liked having them all in separate groups because it helped keep the kids from getting bored while they waited their turn and it made things a lot less crazy. I then had a family member helping in each class who could also give out grades.


One thing that helped was that my husband went through and found some movie clips to help the kids understand the context of some of the games and activities. We would then play then right before the next activity. It really got the kids into the games. We did clips of Hagrid delivering Harry’s acceptance letter and birthday cake, Harry fighting the Boggart, and a Quidditch match.

I got little plastic cauldrons for the kids and they mixed together baking soda, vinegar, and dish soap (see instructions on how to do the experiment). The kids loved watching the bubbles overflow out of the cauldrons. A lot of the kids came back to do this one more than once. 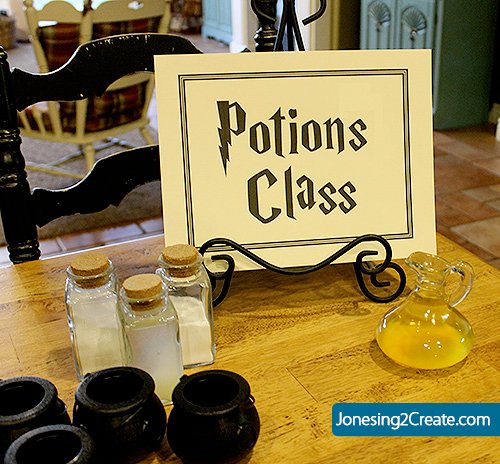 I was able to get the cauldrons off Amazon and the kids took them home at the end of the party. 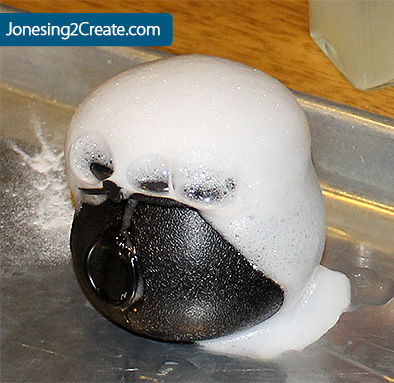 I just had a bunch of blown up balloons in this room and the kids had to keep them afloat using just their wands while saying, “Wingardium Leviosa.” This was by far one of the easiest games to do and lots of kids said it was their favorite. Weird.

We made little paper straw shooters and the kids stood off duel style and blew them at each other while shouting out spells. To keep it safe, we had two pieces of tape on the ground they had to stand behind while shooting at each other. I really like using the straws you can buy at Ikea for this one because they are so thick and durable.

I put this spell reference poster up on the wall so that they could see which spells they could use.

I set up a little table with feather pins, paper and twine. It looked so cute! I made feather pens by cutting the tips off some seagull feathers my kids found at the beach (I scrubbed the feathers really well first). I then took apart a ballpoint pen and slipped the inside part along with the tip up inside the feather. The owl is the one we use outside to scare the birds away from our peach tree!

The kids could write notes to people, tie some twine around them, stick them in the basket, and the “owls” would then deliver them later. 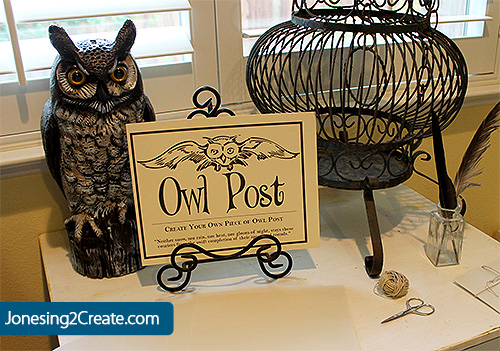 I loved reading their cute little notes. I am so nosy. I got the biggest kick out of this drawing one of the boys did for my son! 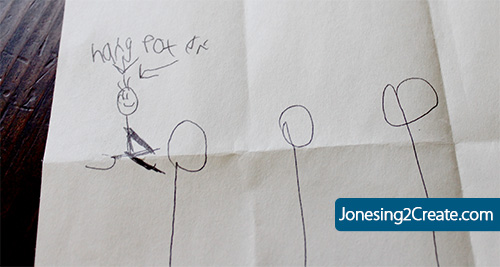 This was my husband’s idea. Can’t you tell? We have a child’s climbing harness and he rigged a climbing rope up on our 13-foot high patio cover. One at a time he lifted the kids up into the air. He got a good workout and the kids thought it was the best thing EVER. It was fun to watch their faces as they went up into the air. This was easily one of the most popular and original activities at the party. 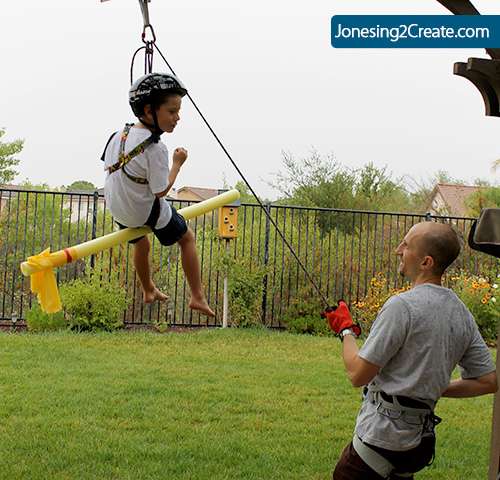 Defense Against the Dark Arts Class

We did this class as a group because it was the piñata. I made a Dementor (or Boggart pretending to be a Dementor) piñata for the kids to hit with a large magic wand (aka baseball bat). We were going to do this outside and hang it from the patio, but it was raining so we did it inside and hung it from a broom stick. It actually turned out better because my brother-in-law would fly it at the kids and it made it look especially menacing. He got a lot of ohhs and ahhs from the kids. 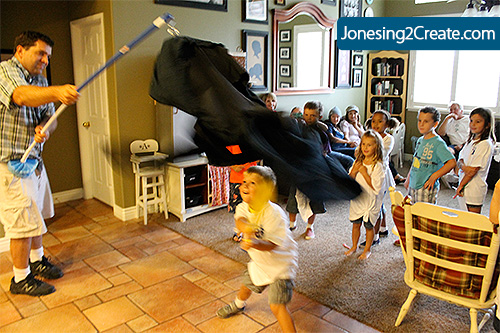 While hitting the piñata they had to yell “Expecto Patronum!” It was a riot watching them and they really got into it. The piñata also proved very hard to break. I had made it out of three paper bags inside each other and was worried it wouldn’t hold up as well because it wasn’t the traditional cardboard. But my husband actually had to cut some holes in it to get it to break open. If I made one like this again, I will only use two paper bags.

Next Up! Free Harry Potter Printables and Decorations!