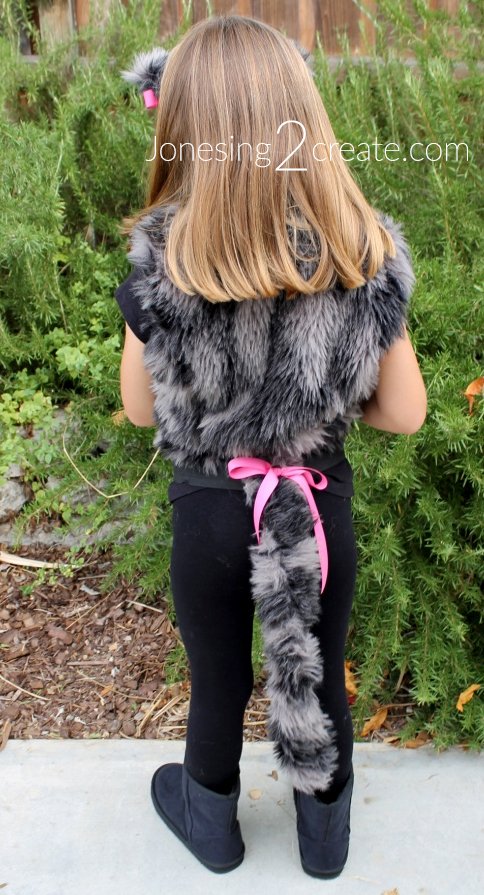 My Ladybug has loved cats ever since she was born. If I were to pick her spirit animal, it would be a cat. She is feisty, independent, determined, graceful, agile, and clever. She loves to cuddle, but only when she is in the mood. But for some reason, she has never dressed up in a cat costume for Halloween. This year we decided to fix that.

As Ladybug gets older, she has very definite ideas of how things should look and be done. This can make costume designing a little challenging because what she is picturing and what I am picturing is often different. I have a feeling that in a few years, she will be making her own costumes herself. Luckily, she immediately fell in love with the furry vest of her costume and was sold.

This costume was pretty easy to do and centered around a little tweaking of a furry vest I found at a thrift store for $2. A furry coat would also work. The vest was adult-sized, so I was able to trim some off the bottom to make the tail and the ears. I just cut it off and reseamed the bottom. This gave me a long and skinny piece that was perfect for the tail. I just folded it over so that the furry side of the fabric was touching, sewed it, and then turned it right side out. I had to use a long knitting needle though because the tail was so long and skinny that it made it hard to turn it right side out. I then sewed the tail to a piece of elastic that went around Ladybug’s waist. 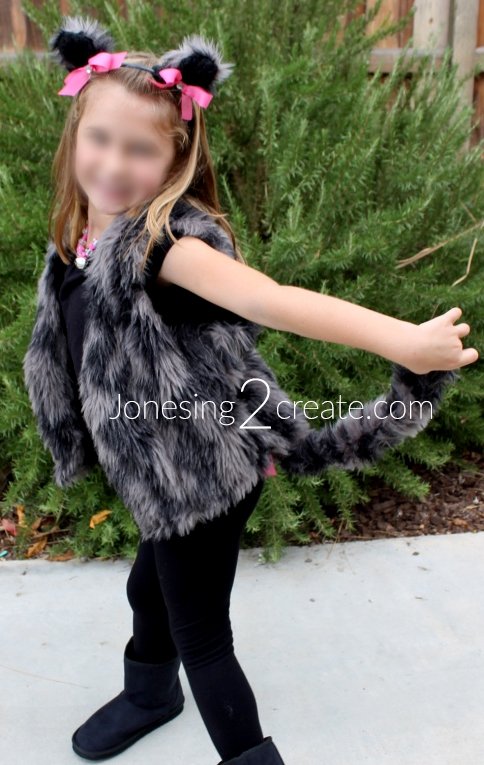 I was careful to save enough of the fur to make the ears with. I used felted wool for the inside of the ears and the fur for the outside. Ladybug loves pink, so I added a pink bow to each ear and to the tail. 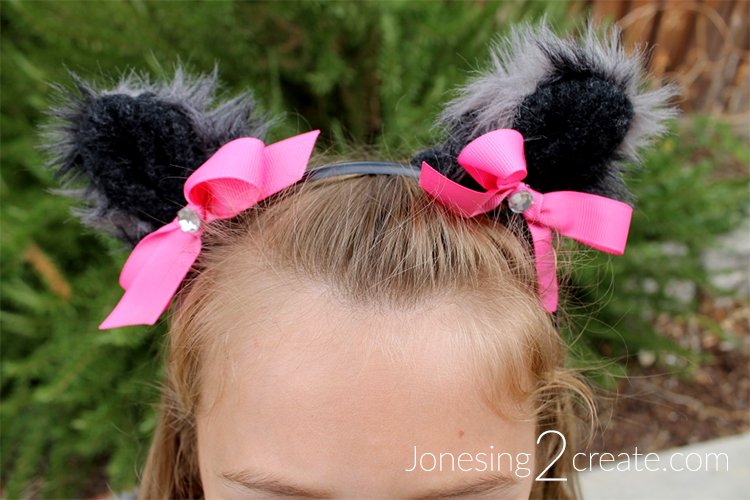 I also made her a collar out of elastic, beads, and a bell. For the rest of her costume, I was able to grab a black shirt, pants, and boots out of her closet. 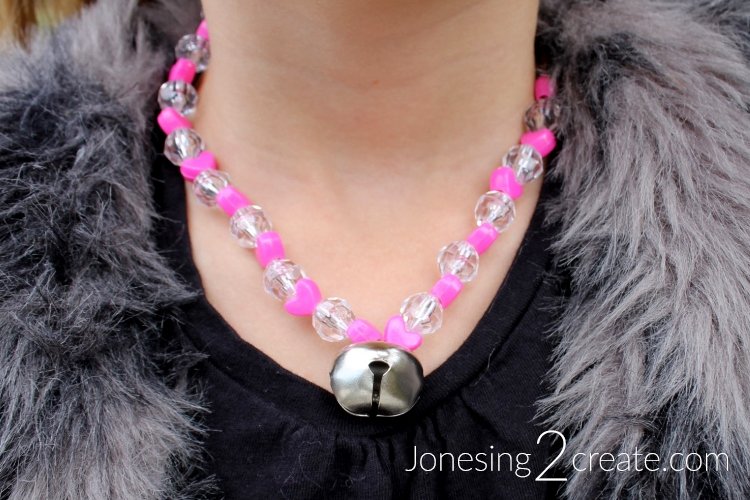 The whole costume cost me under $5 and took about an hour!