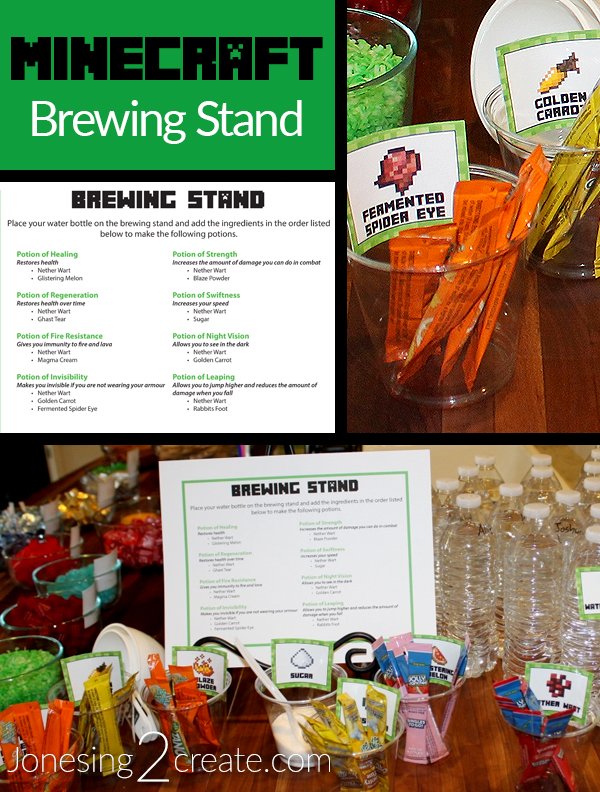 I didn’t decide to set up a Minecraft Party Brewing Stand until the last minute and I am so glad that I did. The kids really enjoyed mixing their own potions. In Minecraft, they have brewing stands where you can mix different ingredients to make potions. You can make everything from potions that make you resistant to fire to potions that can kill you.

I wanted to make it as authentic as possible, so I wanted the ingredients to match up with actual potions in Minecraft. So I did some online research and came up with this nifty poster. The kids had a lot of fun mixing potions and then pretending they had those super powers.

This was really easy to do and the only hard part was figuring out the potion recipes and putting together the printables. Now that I have already done it for you, you should be able to put this together in a matter of minutes!

To make things less messy, I decided to buy those water bottle drink singles that you can just dump into a water bottle. But I also had a funnel on hand so that the kids could add some sugar too. Another option is to buy some Kool-Aid and pre-mix it with some sugar so that the kids can mix in a larger variety of flavors. The problem with the singles, even though they were less messy, is that some of the kids were mixing in 2-3 singles per water bottle. Sugar buzz!

Watching the kids mix their drinks reminded me a lot of when I used to play softball as a kid and we would also always order a “suicide” soda from the snack stand, which was basically just filling up your cup with every soda in the soda fountain. We thought we were so cool.

If I had more time, I wanted to rig up some sort of stand with a funnel attached. That way the kids could put their water bottle on the stand and add their ingredients that way. It would help hold the funnel still and the mess could be contained on top of a plate. 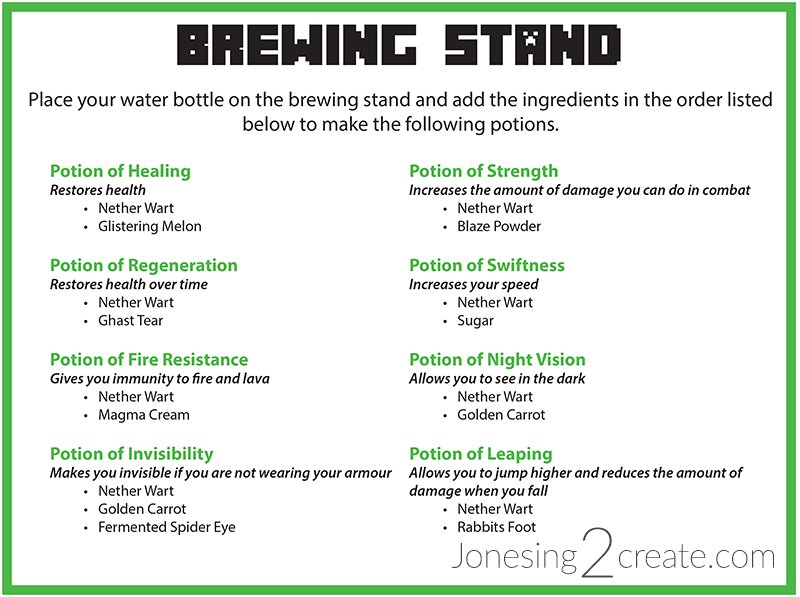