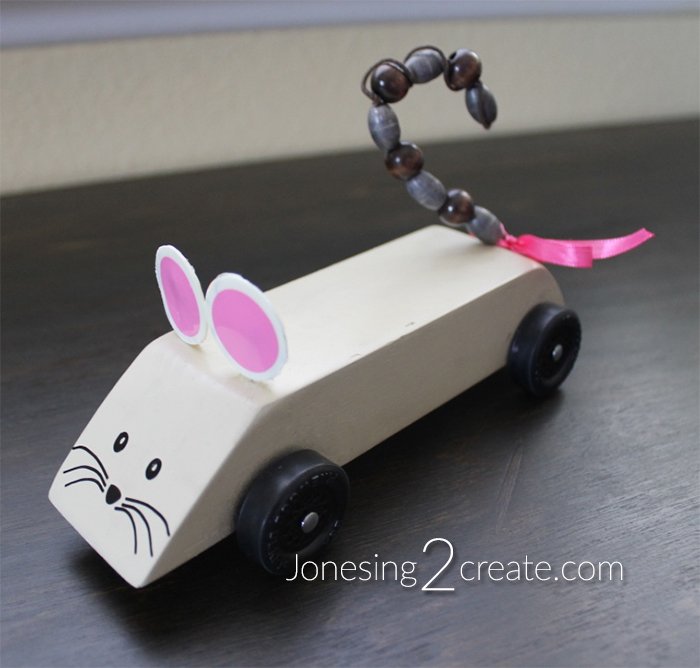 Rather than hand paint the face, I made a vinyl decal using my Silhouette. It was so much easier! If you want the mouse Pinewood Derby car decals, just leave a comment below and I will email them to you.

To make the ears, I circle punched them out of the plastic tops of yogurt containers. I then hammered in sewing pins on the top of the head, snipped the little nubs on the top off, and then glued the plastic circles on either side with epoxy. The pink on the ears is also a vinyl decal. 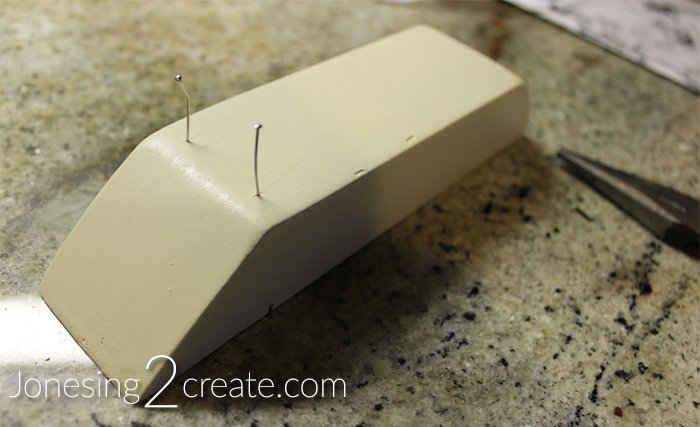 At first, we did the tail with just twisted floral wire, but the car wasn’t heavy enough. So I added some fishing weights to the tail. It made it easy to adjust the weight later if we needed to. 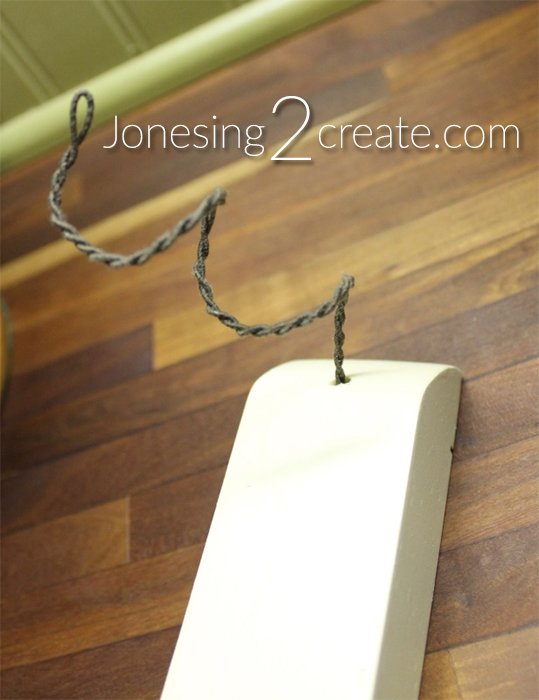 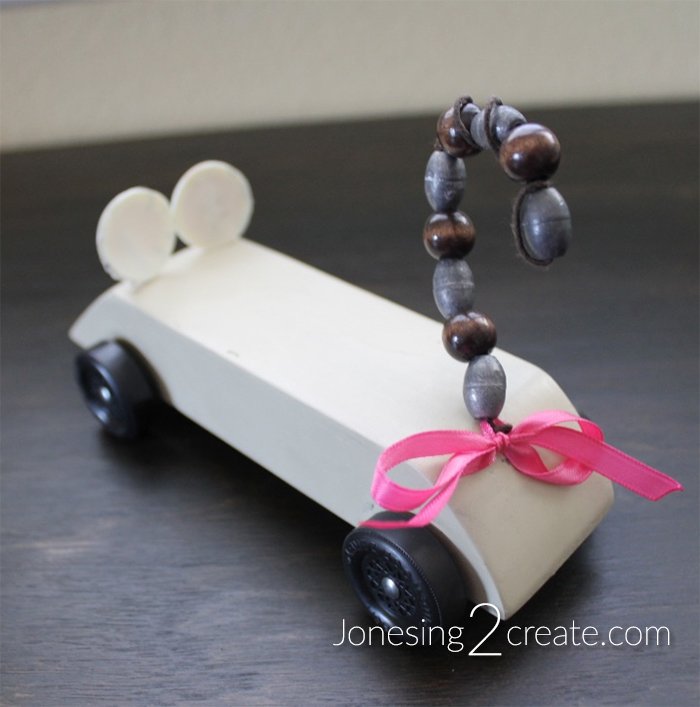 We called this tail her “racing tail.” When the guy running the track asked her if putting a piece of cheese at the end would make her car go faster, she got the biggest grin on her face.

My little Ladybug is pretty determined and she worked so hard on this car. She sanded it silky smooth and was a real pro with the spraypaint. I am so proud of her!