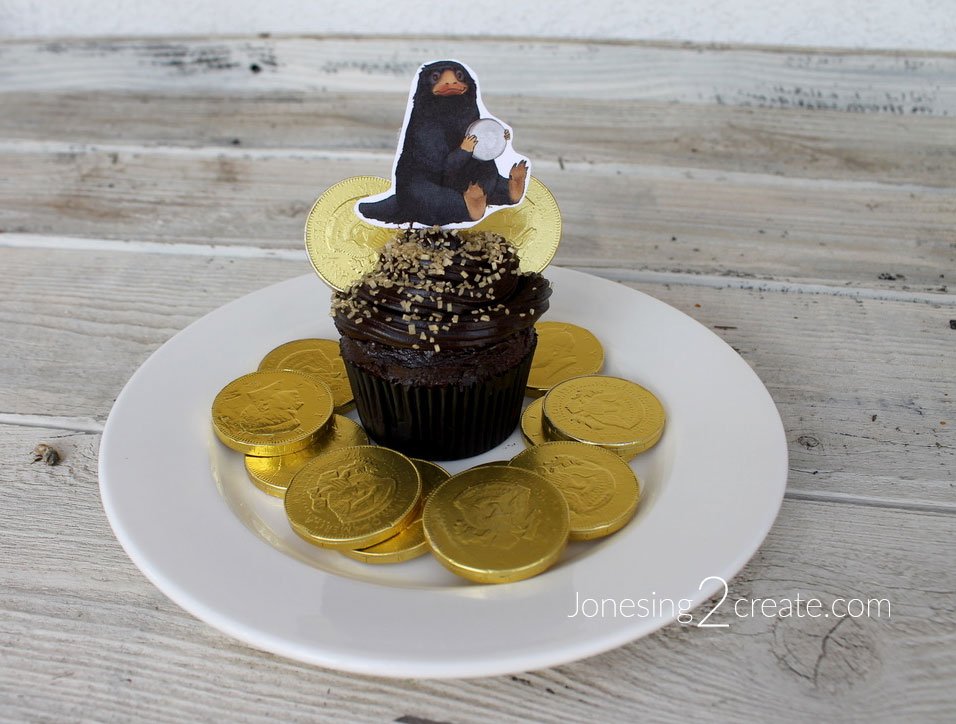 With the new Fantastic Beasts movie set to come out this November, the world definitely needed Niffler cupcakes. Nifflers are mentioned in the Harry Potter books, but play a key role in the first “Fantastic Beasts and Where to Find Them” movie. They are cute, affectionate, and love gold. And I thought that making a cupcake look like a Niffler head would be fun and easy. Boy was I wrong.

These Niffler cupcakes almost caused a nervous breakdown. I had a very exact idea of what I wanted them to look like in my head. I was going to make a Niffler head by using candy eyes, a fur frosting tip, and a cookie for the nose. I was then going to slip a little gold coin into the middle of the cupcake so it would look like the Niffler had gold in its pouch. Tada! Easy!… Two hours later I was looking at a cupcake that looked like it had been made by a 3-year-old.


Luckily, I am a pragmatic perfectionist, so I stuffed a few broken Niffler noses into my mouth and set about making a Niffler cupcake topper. The resulting cupcakes were super cute and easy to make. I made the cupcake toppers by using an adorable little Niffler image I found on Deviant Art by cryptidCore. I printed the image out and then covered both sides with packing tape before cutting them out. This keeps the ink from running when it touches the frosting. I then glued it to the top of a toothpick and let it dry.


To tie it all together, I sprinkled the Niffler cupcakes with gold sprinkles and placed two chocolate gold coins behind the Niffler topper.

I still included the chocolate gold coin in the middle as a surprise. It was fun to see the kids’ faces when they spotted it while eating their Niffler cupcakes. Obviously, you don’t want to bake the chocolate coin in with the cupcakes. So after the cupcakes cool down, I opened a little slit with a knife that was just big enough for the coins to be pushed in. 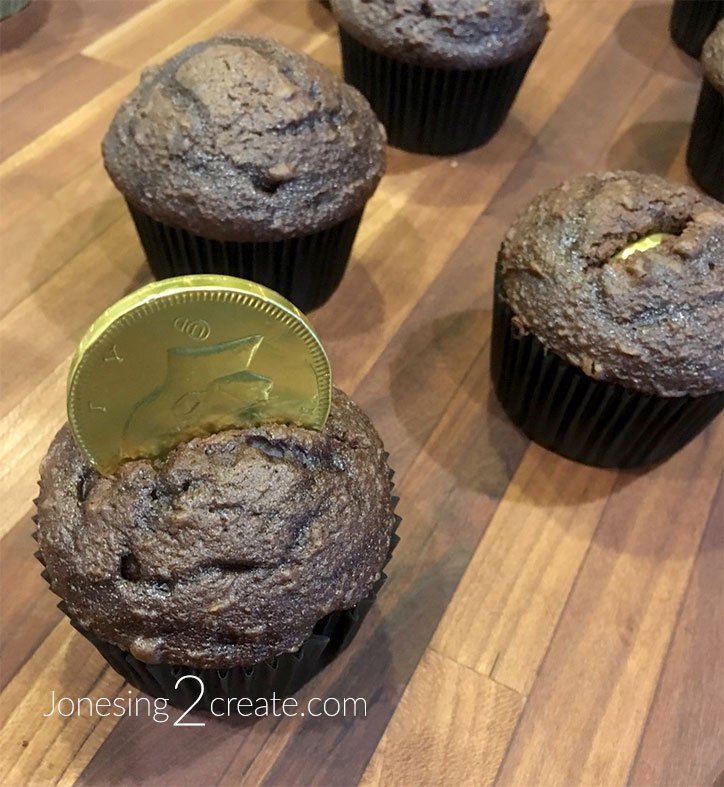 The Niffler cupcakes were for my son’s birthday party and we decided to do just a small family party with his cousins that included a kind of Fantastic Beasts / Care of Magical Creatures theme. You don’t always have to go big with a party, sometimes just incorporating a few elements is a lot of fun and a lot less stressful.

For this Fantastic Beasts party, I also made “Monster Book of Monsters” piñata that I will be sharing later. According to my son, it was a good thing I didn’t make the Niffler head cupcakes. He said that Nifflers were way too cute to eat and there is no way he would have eaten them. This way, he was able to save the topper and enjoy his cupcake without worrying about the ethical implications of eating a Niffler head. 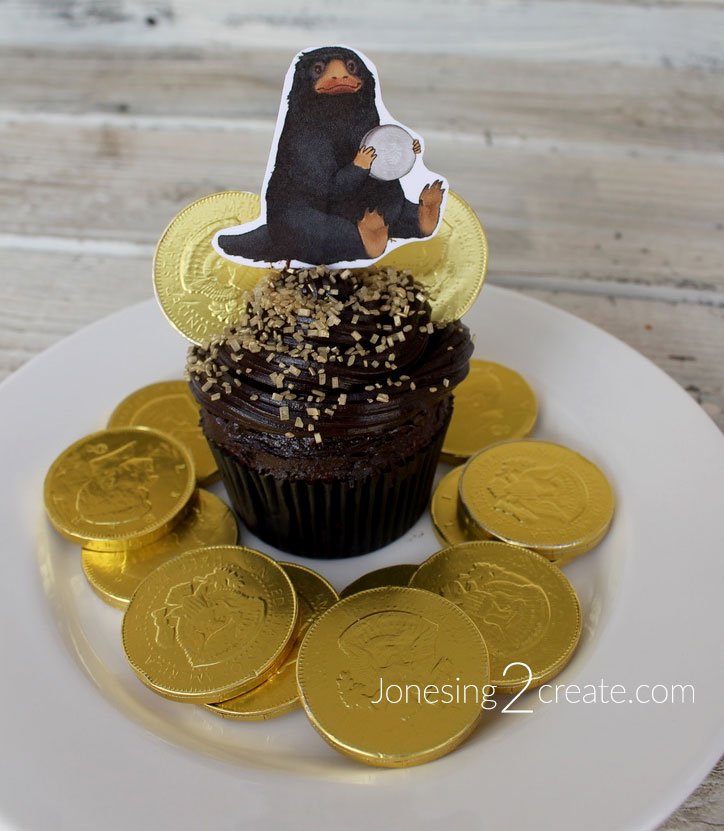