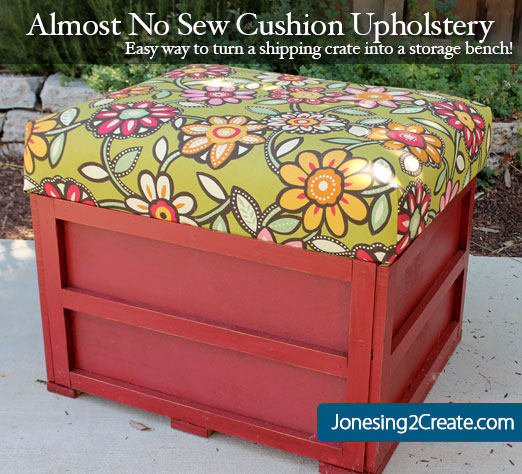 To make these repurposed crate storage benches, I used a simple upholstery method that requires very little sewing. This almost no sew upholstery method is perfect for things you will be putting outside because it has hardly any seams. I hate when dirt and muck gets trapped around the seams! I also don’t have to worry about water seeping through the seams and into the cushions as much.

Several months ago I found these amazing wood shipping crates on the side of the road on trash day. Score! Road kill! 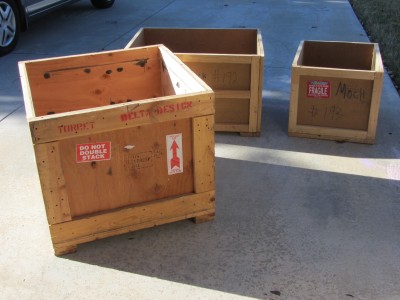 They were just too big to really use inside, so I decided to make them into storage benches on my back patio. And it was so crazy easy to do. The biggest one I made into a planter. I’ll post pics once I get some plants in it!

The first step was to paint them. I didn’t really sand them because I wanted them to look a little rough anyway, but I did have to file down some of the nails that were poking out on the outside. They had used nails that were too long, so they came out the other side.

I then distressed them a bit by going over the corners with my sander and then I applied a coat of Watco stain. It is totally my favorite because if you stick it out in the sun to dry on a hot day you get this wonderful rock, hard finish. Plus it adds a beautiful patina to your project. My dad who is an incredible woodworker has been using this for decades and it is his favorite.


How to Cut the Foam for the Cushion

The next step was to make the cushion. Because the crates already had a lid, I just used that for the base.

First I cut the foam to fit the lid. Foam can get crazy expensive, so I had saved some cushions from an old Ikea couch I had. Before I threw the couch away I stripped it of its slipcover, cushions, and feet. I was able to use the slipcover to make tea-stained throw pillows for my new couch and the foam was used on my benches. I am a total DIY hoarder!

The easiest way to cut foam is with an electric kitchen knife or turkey carver. I got one years ago for my wedding and was excited to finally get to use it for something. The poor thing hasn’t gotten to see a lot of turkeys!


This guy totally took it to a whole new level and actually made a rotating table for his electric kitchen knife. Wow!

I don’t cut enough foam to mess with making one of these though, so I just eyeballed it and tried to get the angle on the side as square as I could. For something like this, it worked out just fine.

TIP: Whenever I do upholstery for outside, I always like to use a plastic layer first. I hate sitting on outside chairs after it rains and getting a wet bottom. With the plastic, the foam never gets wet and the cushion dries a lot faster.

To do the plastic, I just cut out enough to fit over the cushion and the board. I then kind of folded the ends over like I was wrapping a present, and then stapled gunned the plastic to the underside of the board. I LOVE staple guns! Super easy. You can buy the plastic by the yard at any fabric store. 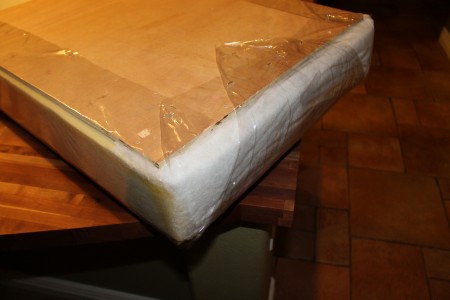 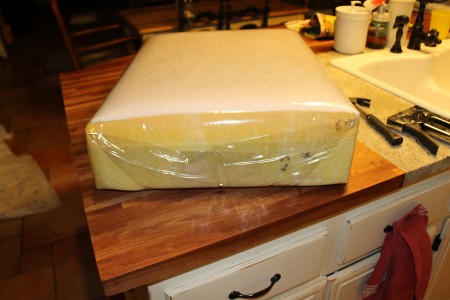 For the fabric I bought some outdoor fabric since is will hold up better. 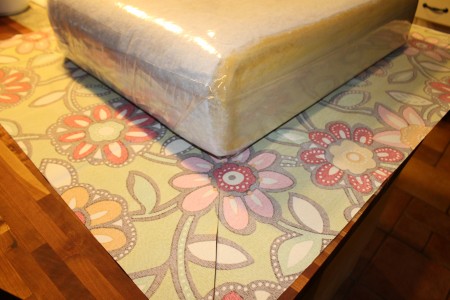 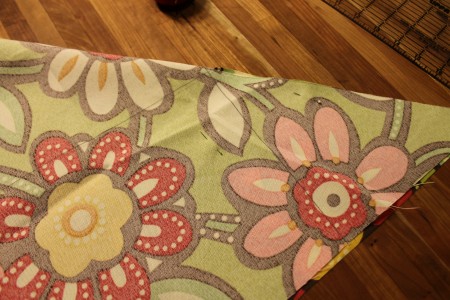 6) Using a ruler, draw a line that is at a 90 degree angle from the line you drew around the board. At this point the corners will look like triangles. This is the line you will sew along. And that is all you have to sew, just four straight little lines!
7) After you are done sewing, turn the fabric right side out and slip on to your cushion and board to make sure it fits. I then take it off and cut off the excess triangle edges on the corner, before sticking it back on. 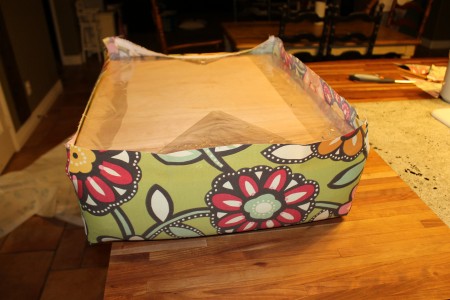 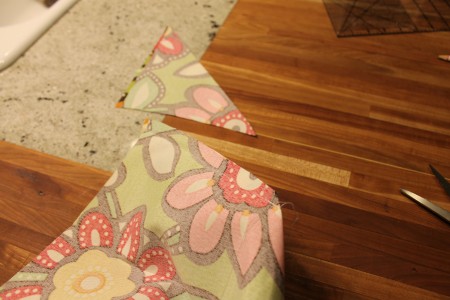 8) I then use my staple gun to staple the fabric onto the board. Super fast and super easy! 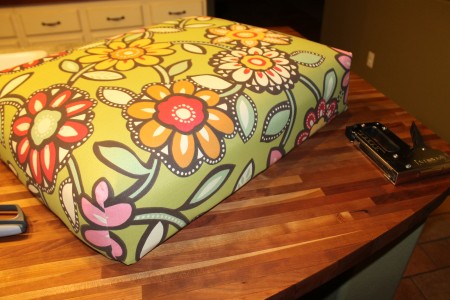 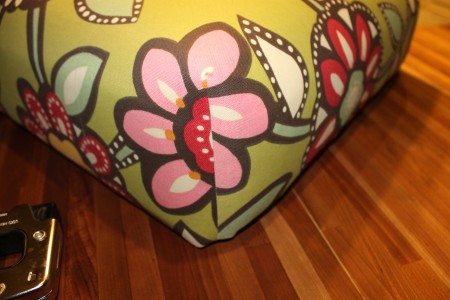 Because I didn’t want the board to slide around on top of the crate, I also screwed some small pieces of wood on to the underside to keep it from sliding. To figure out where to place them, I just measured the crate from the outside edge to the inside edge and then added a bit. 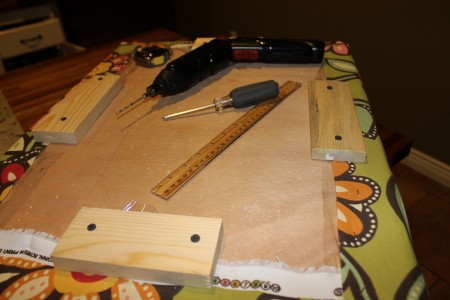 They look great in my backyard and have been a great place to stash my kids outside toys or my potting dirt. These benches would also work great in a toy room or if you needed a place to hide all your kids video game gear.