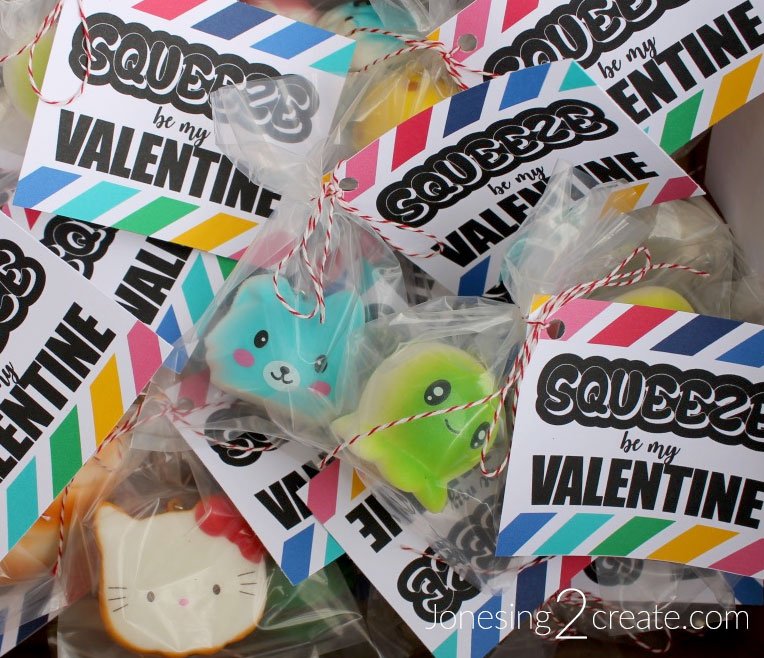 As my Ladybug grows up, I am having so much fun with how involved she is getting in my crafting projects. She is incredibly clever and has a great eye. So it isn’t a surprise that this cute little Squishies Valentines Day Card Printable is actually her brainchild! 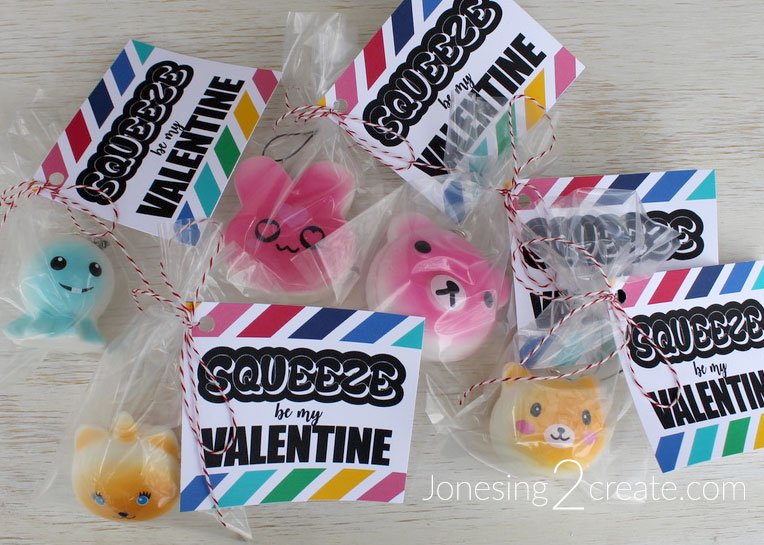 We were surfing around on Amazon for ideas and I was pushing for emoji keychains, but she was adamant that slow-rise squishies are all the rage. We found some little squishies for only about 50 cents each, but I was a little nervous about the quality. The photos didn’t look great, but figured I could return them if it was really bad, and the reviews were pretty good. It came with a big one as well that I stashed away to give to Ladybug on Valentine’s Day.

Then came the hard part, figuring out a saying that went with the squishies, but wasn’t too embarrassingly romantic for classroom Valentines Day cards. Ladybug is at an age where this is serious business. Nobody wants to get teased. We finally settled on “Squeeze be my Valentine.” Since she was giving them to the entire class, she figured nobody would feel romantically singled out and it went well with the slow-rise squishies. 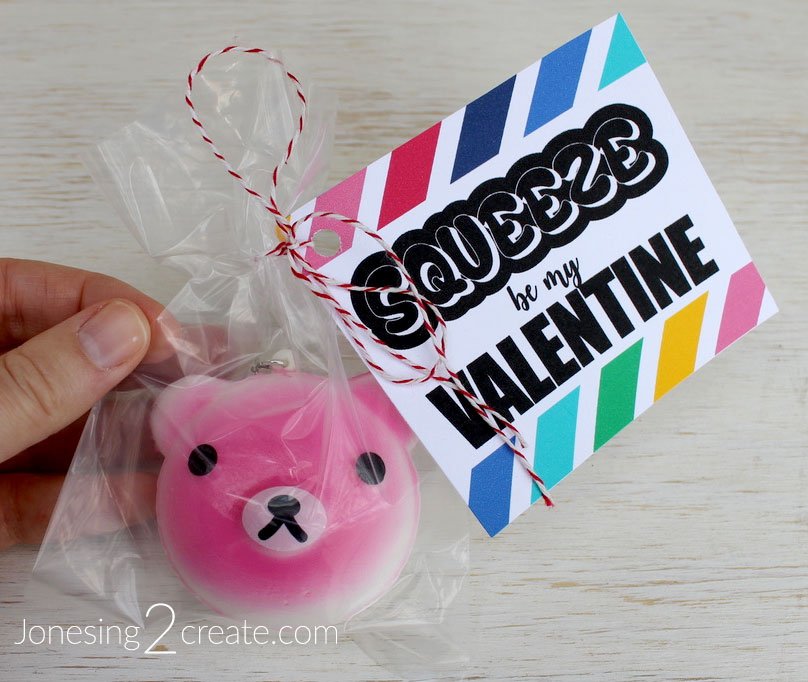 Once the squishies came in the mail, I was pleasantly surprised! They aren’t like the big, expensive ones you buy at the mall, but they are slow-rise and cute. And paired with the Valentine Day card printable, they were adorable!

I let Ladybug pick out which one she wanted to keep and she spent the better part of an hour sorting through them all trying to decide. It sounds like kids at school are already calling dibs on ones based on her reports, and I am sincerely hoping this doesn’t cause some major squishies drama.

We then stuffed them into little cellophane bags and added the printable! 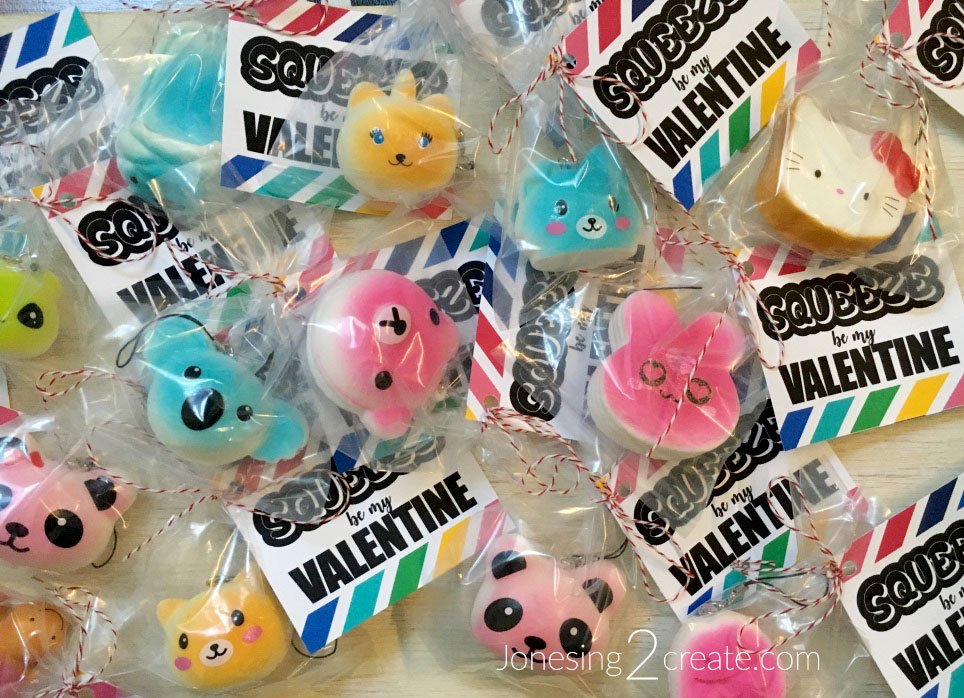 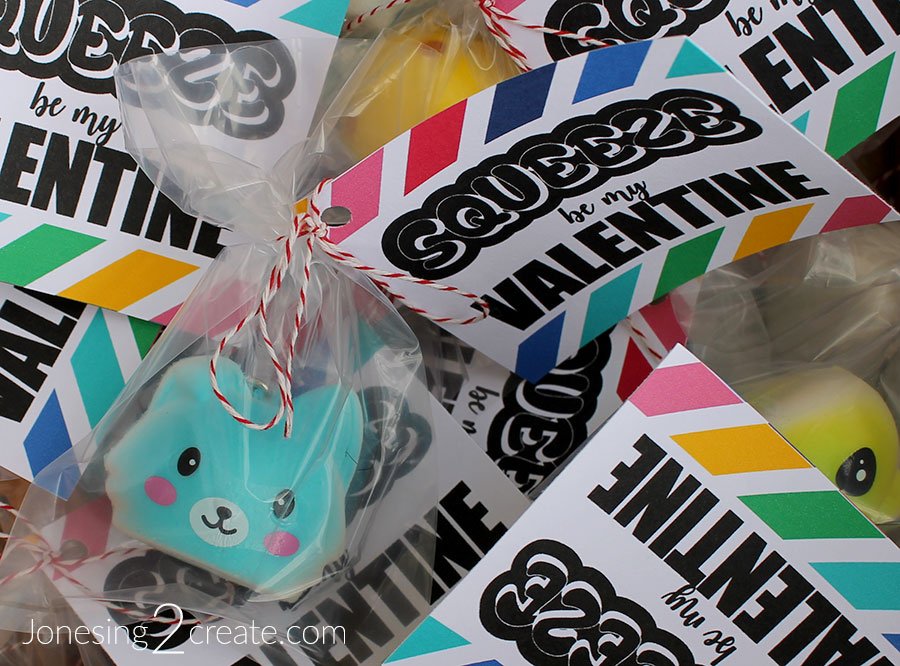 The only regret I have is not using pliers to attach all the little lobster clasp loops on them. My right pointer finger still hurts from attaching all 50 of them. Poor mommy.

I’ve included some of our favorite Valentine Squishies below. 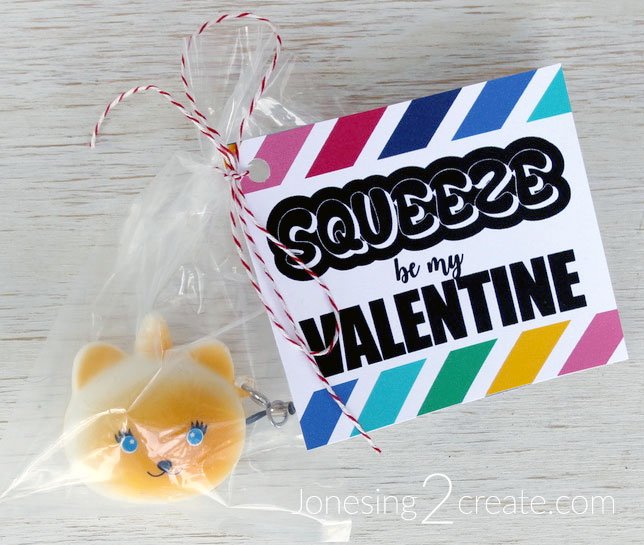 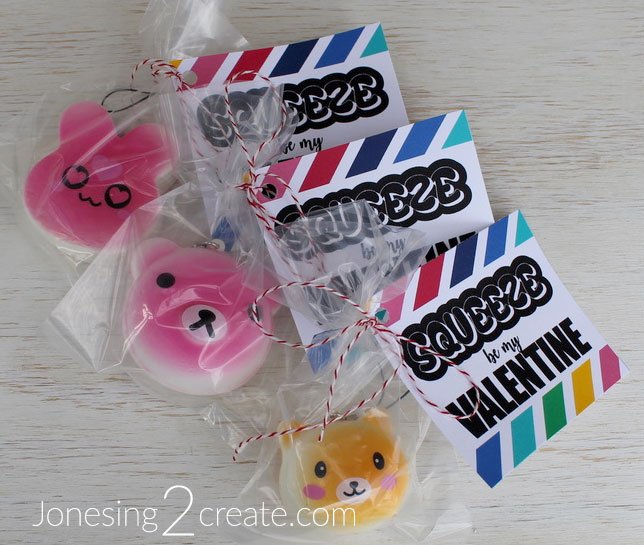 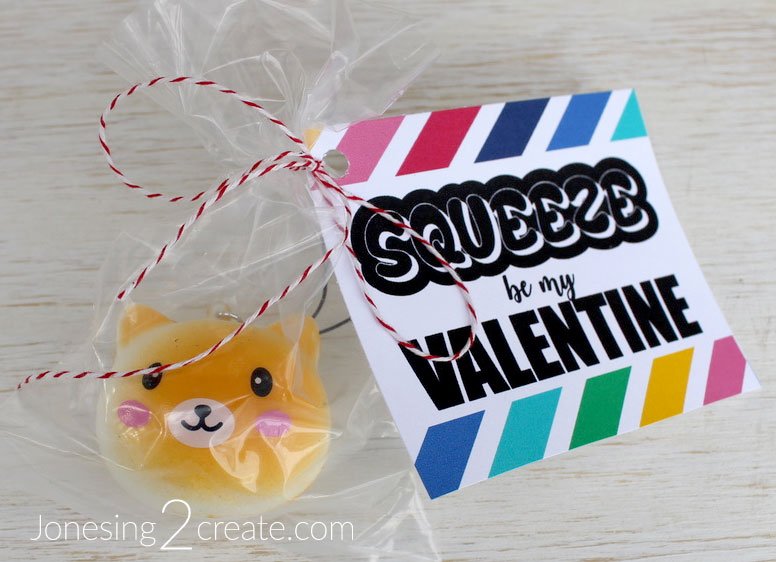 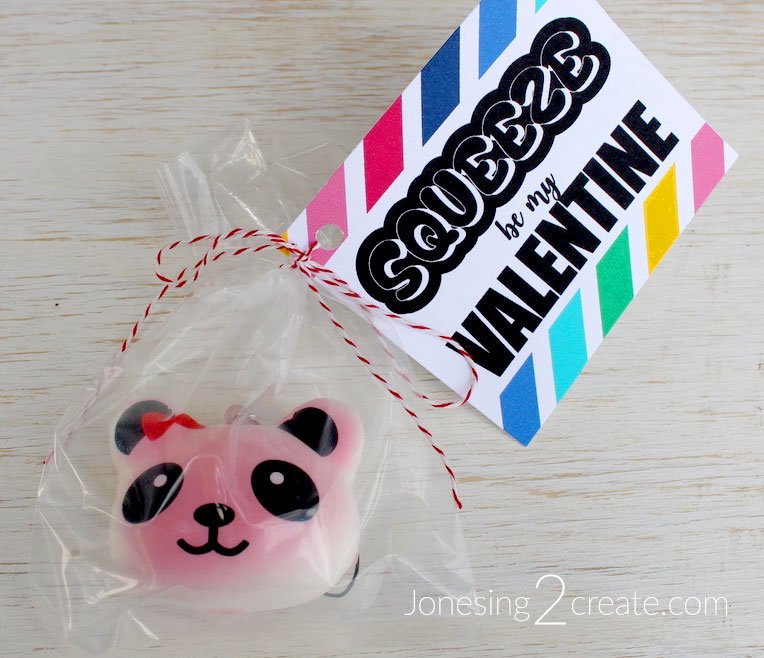 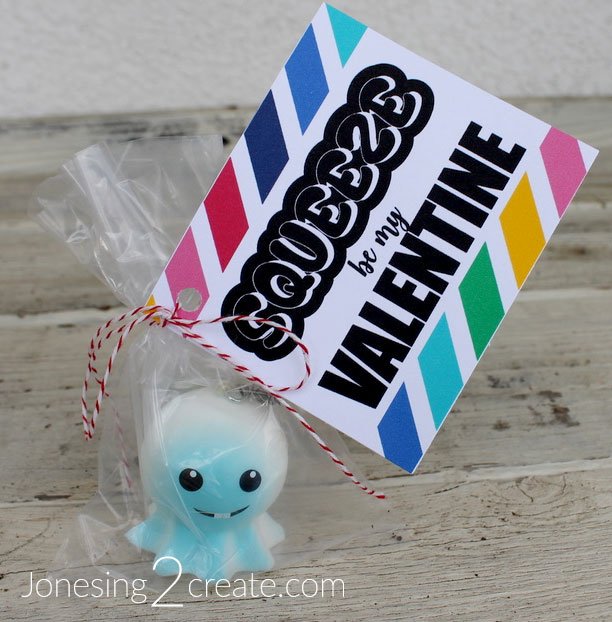