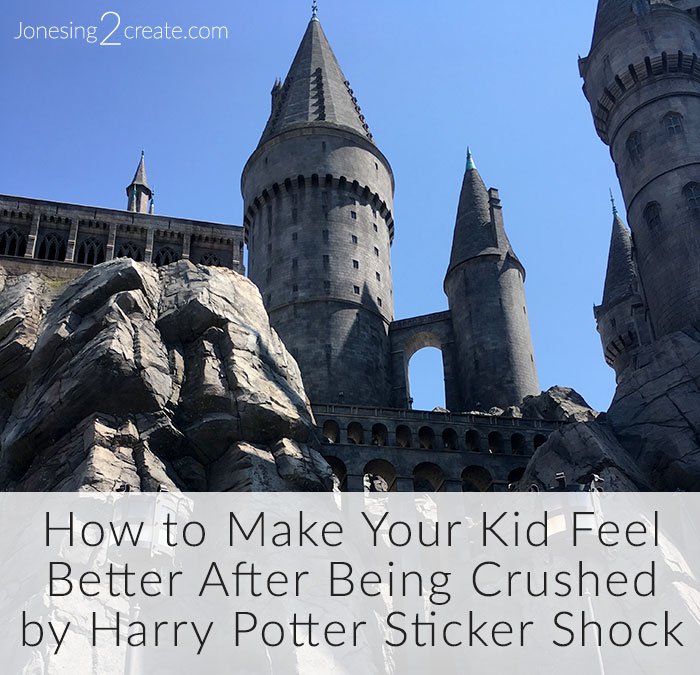 With my boy getting older, this was the first year we decided not to do a big theme party for his birthday. Instead, we took him to Universal Studios for the first time to see The Wizarding World of Harry Potter. We are big fans of Harry Potter and my husband reads the books to the kids every night. He even does the voices! My boy wants nothing to do with Jim Dale because he says that his dad does a better job of reading the books. That is being a little generous, but you have to appreciate his loyalty! 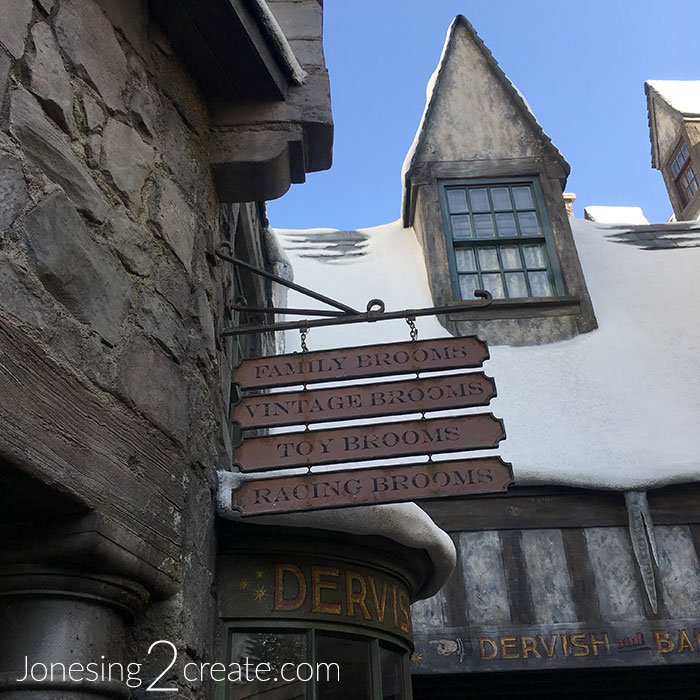 When we first walked in, the look on my boy’s face was priceless. To be honest, I got a little emotional too. There is nothing like having a beloved book come to life. 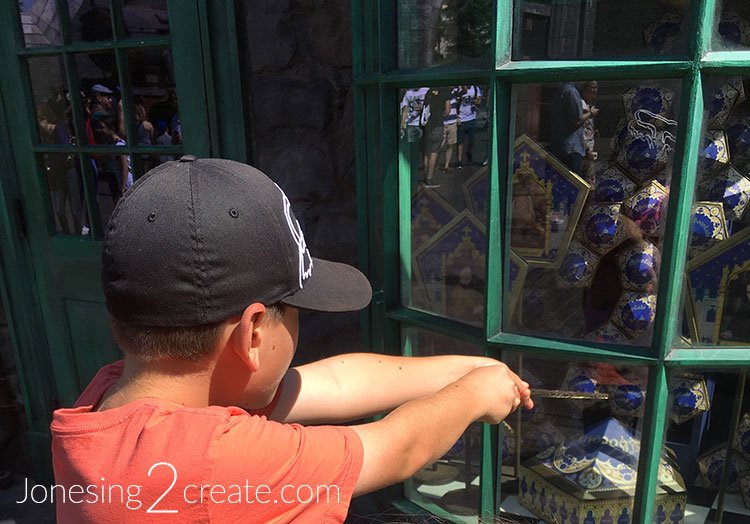 His aunt let him borrow her wand and he had so much fun casting spells in all the Hogsmeade windows. The fact that it was a little tricky, and he had to get the wand movement just right, made it even more fun for him. 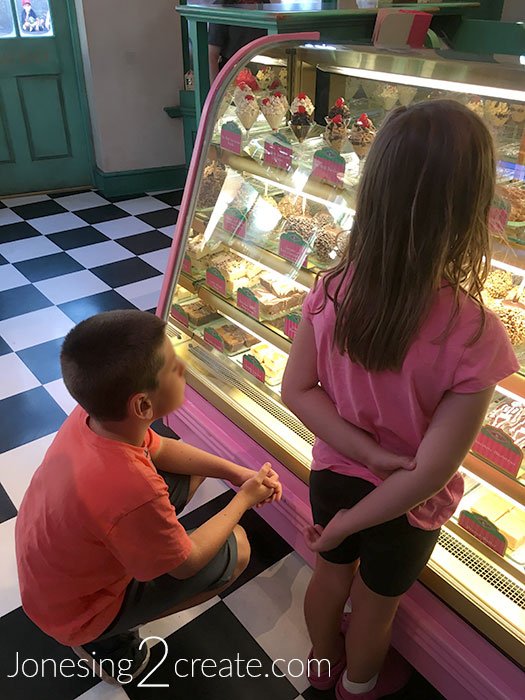 But he was especially fascinated by Honeydukes and kept going back. He desperately wanted to buy something there and had saved up some money. But he kept shaking his head at the high prices. He went back and forth between items, checking prices, and weighing his options. He stared at the display cases forever. He just couldn’t bring himself to spend that much money even though he had it.

It doesn’t take much to make my kids happy. They delight in so many of the simple things in life. They get excited about bugs, cheap ice cream cones, and sunsets. I think a big reason why is because they have never become jaded. Having a good time isn’t conditional on how many things we buy them.

We believe strongly in fiscal responsibility in our family – not only not spending money we don’t have, but spending what we do have wisely. It was nice to see those values shine through even when faced with so much temptation. It isn’t that my boy is cheap. He has a coin jar full of loose change that he finds and saves for the homeless. We did no prompting or influencing, but he decided on his own that he wasn’t going to get swept up with all the consumerism. I was so proud of him.

As he left the shop for the last time a little crestfallen, I hatched a plan. I had the kids pick some of their favorite things in the shop and we were going to reproduce them at home! We quickly became excited as we planned what we wanted to make and how to do it. It turned into a wonderful lesson on economy, self-sufficiency, and ingenuity. Over the next few weeks, the kids learned that they enjoyed the process of making the items even more than if they had just bought them. My son even learned how to sew with a needle and thread! They also learned that instead of only buying one Harry Potter item, we could afford to make several homemade Harry Potter things!

Some may think I was a horrible parent for watching my kid want something so bad and not buying it for him even though theoretically I could afford it. And I have to admit it was tough. But I would not trade the lessons we learned and the fun we had for anything. If we don’t want our kids to be blinded by consumerism, we have to teach them how rewarding and fun the alternatives can be.

Below is the list we came up with, and we have been tackling them one at a time. As we complete our homemade Harry Potter items and I get them posted, we will share them here with you!

The one thing we did spend money on was a cup of frozen Butterbeer. I had to see how close it was to my Butterbeer Italian soda. The consensus was that the drink part of my Italian soda was better, but their frothy cream was pretty incredible.