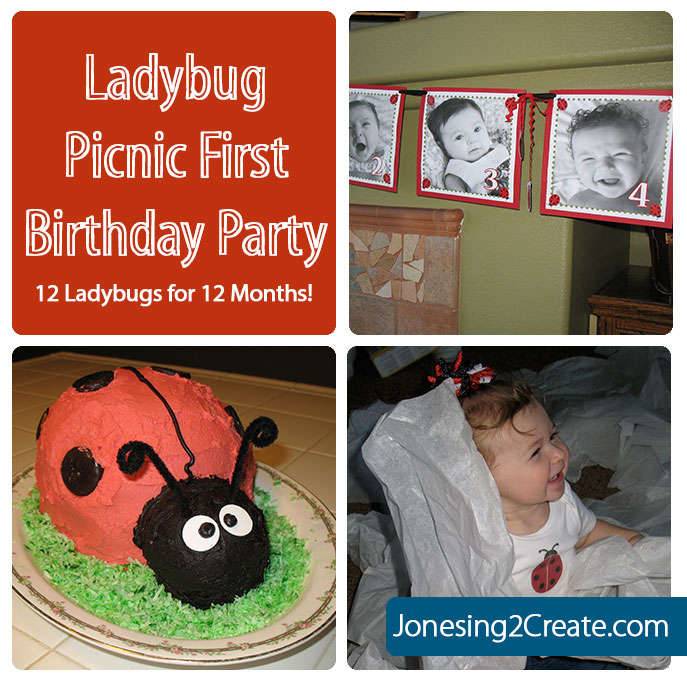 Although I have a lot of fun with the theme, I always keep my kids’ first four birthday parties kind of small and low key. A big party is a lot for a kid to handle and I want my kids to be able to enjoy their birthdays.

To understand the party theme, you kind of have to know the song. I am a huge Sesame Street fan and have loved this song since I was a little girl.

In the song they have sack races, play jump rope, and tell knock-knock jokes. So we made those the party games. My favorite was the knock-knock joke contest. The kids came up with some really good ones!

In the song they also roasted marshmallows and I really wanted to do that too. But we don’t have a firepit

and there was no way I was going to buy one for a party. I am crazy, but not that crazy!

After the games we of course had a picnic outside!

My favorite part was the banner. It was my husband’s idea to have a photo from each month of G—‘s life along with the number. So we had twelve little ladybugs! It was so neat to see how much she had changed over the course of just one year. Afterward my husband insisted on hanging the banner up in his office. He is too cute! He loves his baby girl! 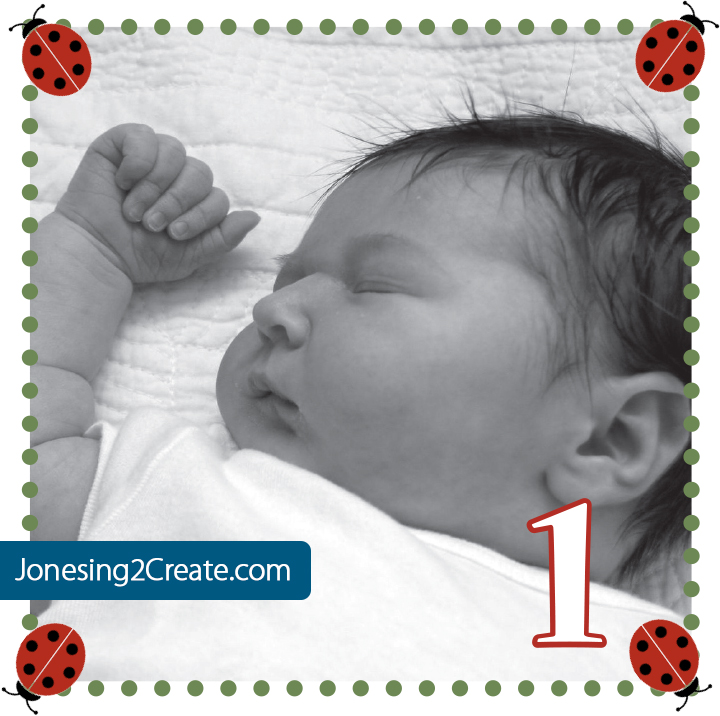 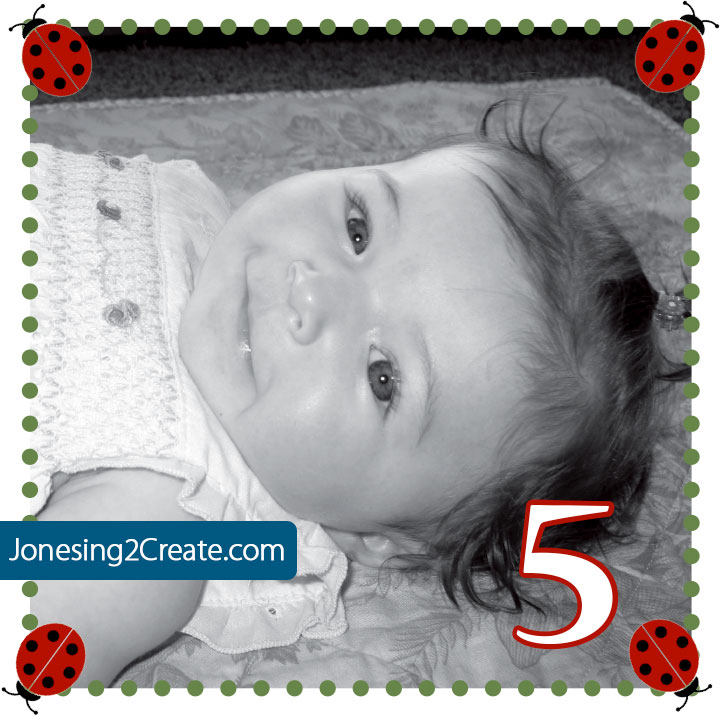 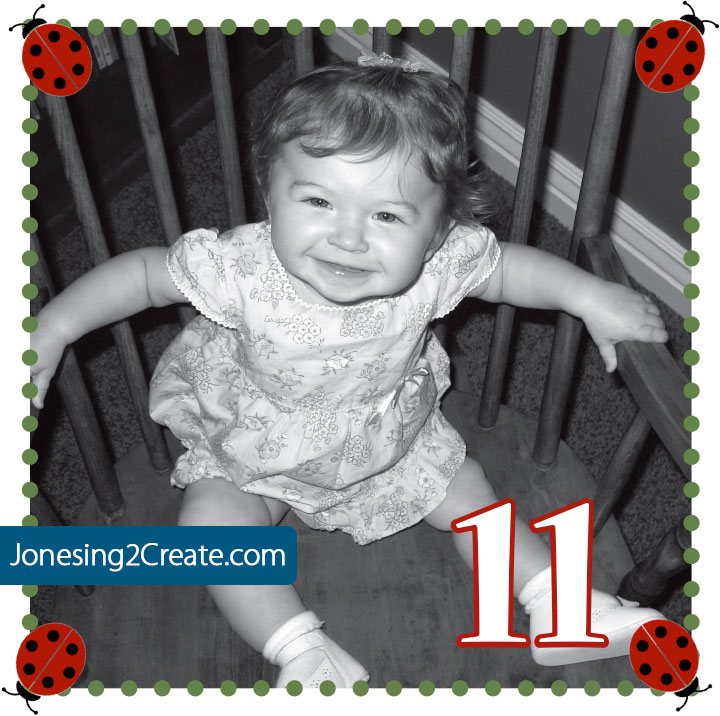 Of course I also made a custom ladybug shirt for G—. When my kids were born I designed a kind of logo for each of them that I used to decorate their bedrooms. That is what you get when your mom is a graphic designer!

I did a monkey for D— because when he was a baby he made an amazing monkey noise. And he is also mischievous and active like a monkey! When G— was born, I did a ladybug for her. We call G— our little ladybug because she is a little bit “lady” and a little bit “bug!” She is a charming mix of feminine lady and total thug. It was perfect because I was able to use the logo for her party and her shirt!

If you want to use my ladybug image, you can just download the PDF or jpg 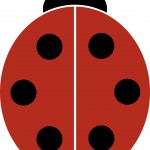 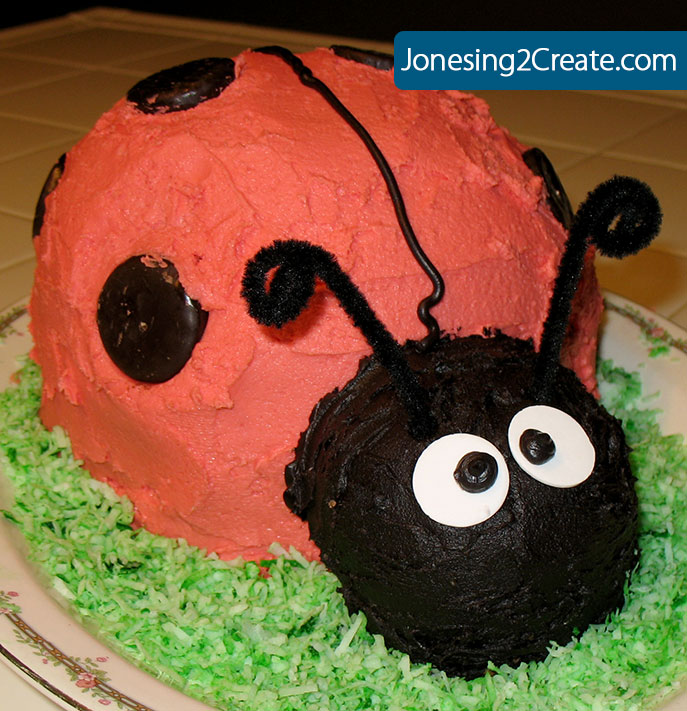 The ladybug cake has been one of my favorites because it turned out so cute. But it didn’t start out well. The frosting I first put on the cake was a nightmare. It separated and practically melted off the cake. I had to scrape it all off and start all over again. So much for trying a new recipe!

I am also terrible at working with frosting and can’t do any lettering or flowers, so every year I have to be really creative in thinking up a cake that I can make that I won’t screw up!

For the cake I used an oven safe bowl for the main body that was about the same diameter as my round cake pan. I then stacked the two of them up to make the body. For the head I used a smaller oven safe bowl. The black spots are peppermint patties and the eyes are made out of necco candy wafers

(which also make great shingles for gingerbread houses!). I had to use toothpicks to get the patties to stay on.

With my kids I try not to let them have any sugar until their first birthday. It gets our kids used to eating healthy food before they know about all the other good stuff out there. And it has worked out well. Neither can eat very many sweets in one sitting and they both like their veggies!

It also makes that first birthday cake a lot of fun! Watching their first reaction to tasting sugar is priceless! 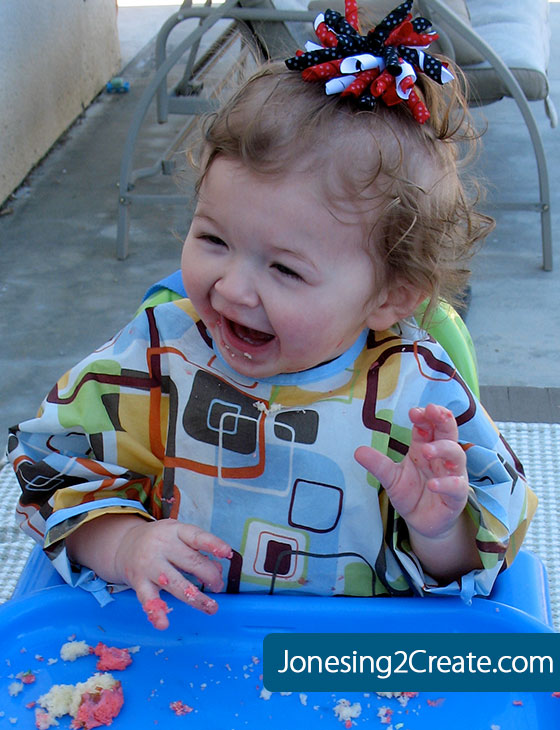 They played jump rope, but the rope – it broke
So they just sat around telling knock-knock jokes
The ladybugs twelve
At the ladybugs’ picnic

One, two, three
Four, five, six
Seven, eight, nine
Ten, eleven, twelve
And they chatted away
At the ladybugs’ picnic

They talked about the high price of furniture and rugs
And fire insurance for ladybugs
The ladybugs twelve
At the ladybugs’ picnic
Twelve!