September 2021 Come Follow Me Ministering – Miracles and Trials of Faith 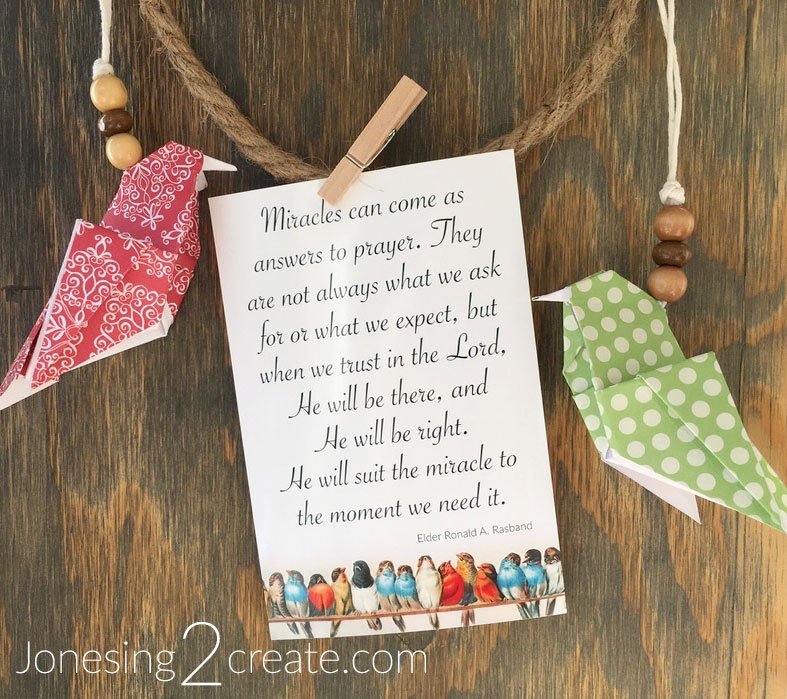 The September 2021 Come Follow Me Ministering Printable ties together Elder Ronald A. Rasband’s April 2021 General Conference talk “Behold! I Am a God of Miracles” and this September’s Come, Follow Me lesson on “Blessings come after afflictions and trials of faith.” 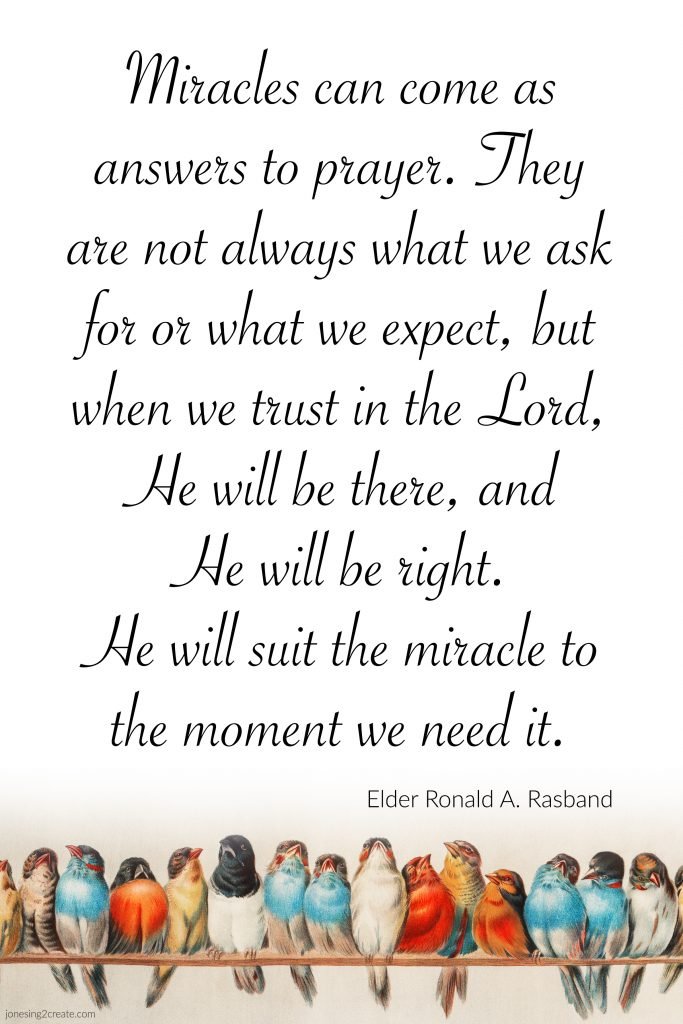 These printables are designed to be easily printed as a 4×6. For just pennies, I get them printed at the local drug store.

As Ladybug gets older, it is so much fun having her help me with things. She is so clever! This month I told her about the theme of our printable and asked her if she could find some good ideas to go with it. This is the first time I have ever asked for her help. And I have to say she totally surprised me! She came up with the best ideas! I am going to have to use her more often!

She found these cute little bird magnets so that people could put their printable up on the fridge.


But my favorite idea was when she made these little origami birds. Adorable! She loves to go ministering with us and makes sure we do it regularly. I know that our families will love that she added her own little touch to the message this month. 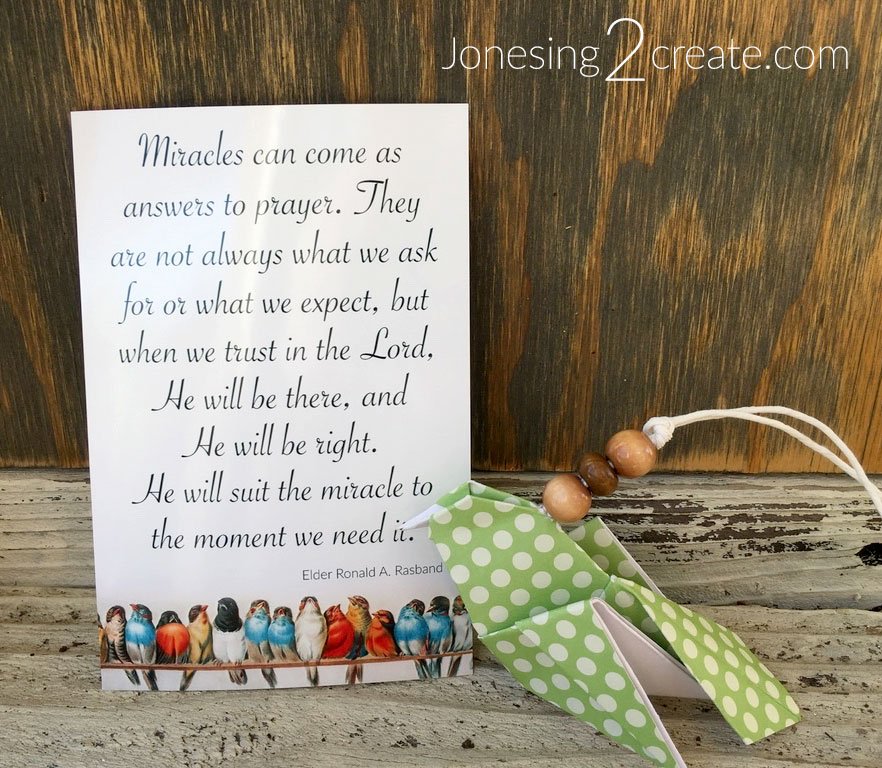 She used this origami bird video to fold the birds. I later threaded the string through the top of their heads so we could hang them. Ladybug also helped me take the photos of me with the bird I talk about in this month’s message.

Blessings Come After Afflictions and Trials of Faith

We have several fruit trees in our backyard.  When it is almost time to harvest, I put up bird netting so the birds don’t clean us out. Recently, I found a poor little bird stuck in the netting around my peach tree. He was impossibly tangled up. But even though he was thrashing around, the minute I grasped him gently in my hand, he went absolutely still. I was able to easily cut him from the main net. Then I moved him to a place where I could carefully work at freeing him completely. 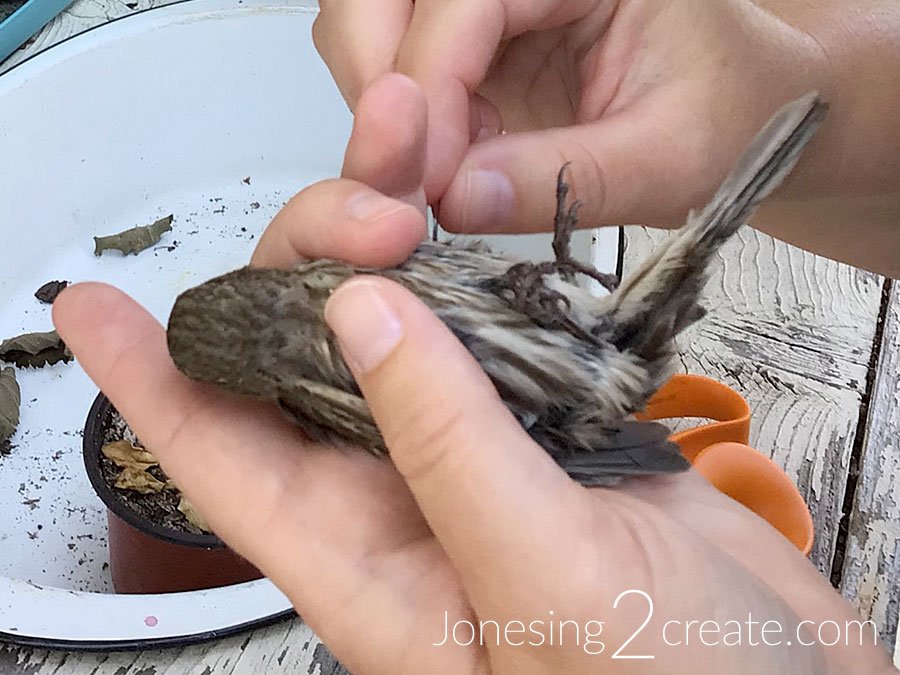 Because he held so still, I was able to maneuver him around and work at the net from different angles. At times I had to loosen my grip to turn him over or reach some netting. I thought for sure he would try to fly away, but he held totally still. It was lucky because the net was really wrapped tight and I wouldn’t have been able to get it off. At one point my daughter had to stretch the net away from his body so that I could get my scissors in between the net and his skin without snipping any feathers. 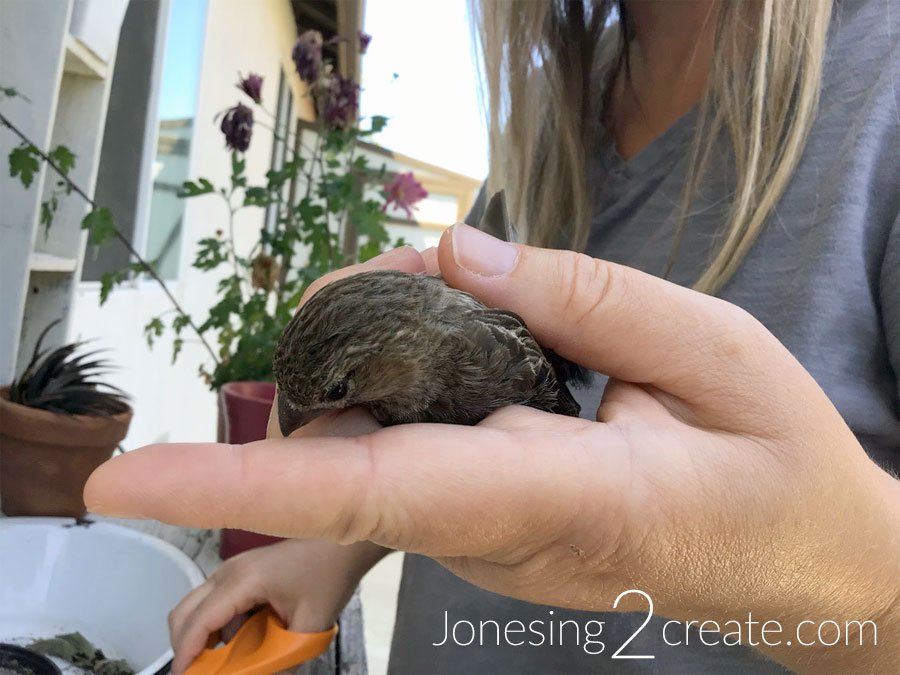 It was incredible to hold a wild bird in my hands and have him be so calm. Did he trust me to free him? It made me think about Heavenly Father. He wants to free us from what binds us, whether it is sins, trials, or our imperfections. But when He reaches out and grasps us in His hands, do we become still or do we thrash around? Do we trust Him? 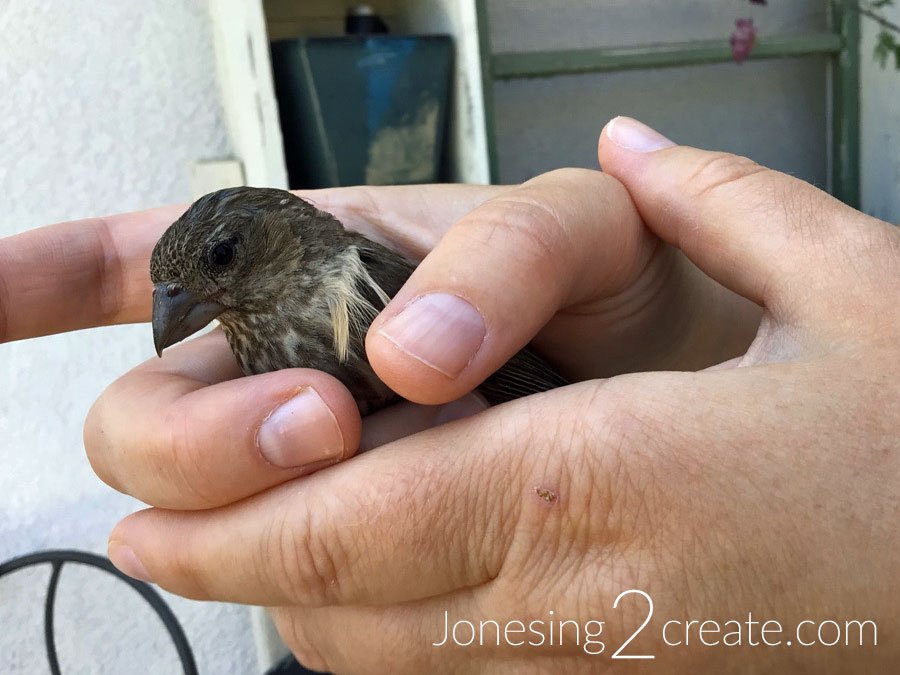 Like the bird, He sometimes needs to maneuver us or place us in positions that will allow Him to cut away the net. I am sure the bird wanted to fly away, but he waited patiently. When we fight against the Lord, He will not be able to free us. As it says Psalms 46:10 we need to “be still, and know that I am God.”

While reading about the Camp of Israel (Zion’s Camp) in the Doctrine and Covenants, I thought about the bird. The saints were in a really tough position. Persecutions were increasing, Joseph Smith’s life was in danger, and the saints in Jackson County had been driven off their land. Why did the saints lose land they have been commanded to buy? How were they supposed to build the promised land? Why were they suffering so much? When Joseph Smith prayed for answers, the Lord told him to be still and trust in Him.

After six months of praying and waiting, the Lord commanded Joseph to assemble 500 men to march with him to Missouri. But only a fraction of that number came.  They marched almost 900 miles, sometimes without food or water. The harsh conditions caused many to complain and stir up contention.

Trial of Their Faith

Joseph’s hope was to call on the state militia to help restore the saints to their land. The camp would then remain to protect them. But the governor went back on his promise to help. So Joseph sought additional guidance from the Lord. In that revelation, the Lord said, “I have heard their prayers, and will accept their offering; and it is expedient in me that they should be brought thus far for a trial of their faith.” (Doctrine and Covenants 105:19) After finally arriving at their destination, the Camp of Israel was now asked to disband. The Lord explained that before they could redeem Zion they needed to prepare themselves through learning, experience, and an endowment of power.

Some felt like they should have been allowed to do more and some were ashamed to return home without a fight. But for many of the saints, the experience was a refining process. Like the bird, the Lord had positioned them where He needed them to be. The Lord knew that they weren’t ready to redeem Zion yet and that the experience had helped prepare them. During the march, many got to know the Prophet and learned a lot from him along the way. Their willingness to sacrifice their lives was compared to the sacrifice of Abraham and his son Isaac. Although the camp didn’t turn out as many had expected, it changed them and prepared them for the further blessings that were to come with the temple.

According to Wilford Woodruff:
“Had I not gone up with Zion’s Camp I should not have been here to-day [in Salt Lake City, serving in the Quorum of the Twelve]. … By going there we were thrust into the vineyard to preach the gospel, and the Lord accepted our labors. And in all our labors and persecutions, with our lives often at stake, we have had to work and live by faith.”

His Atonement Will Free Us

During the recent April 2021 General Conference, Elder Ronald A. Rasband’s talk “Behold! I Am a God of Miracles” summed it up perfectly when he said, “Looking at things through mortal eyes, we want the Lord to intervene, to fix what is broken. Through faith, the miracle will come, though not necessarily on our timetable or with the resolution we desired. Does that mean we are less than faithful or do not merit His intervention? No. We are beloved of the Lord. He gave His life for us, and His Atonement continues to release us from burdens and sin as we repent and draw close to Him.”

I am sure that bird wanted to be free from the net the minute he got tangled in it. But for me to free him, I needed to place him in a situation where he could be fully freed. If I had just cut him from the net and let him go, he would have forever been hampered by the netting around his wings and feet. The Lord wants to release us from “burdens and sin,” but like the bird, we must be still and have faith in the process.

Elder Rasband taught, “Miracles can come as answers to prayer. They are not always what we ask for or what we expect, but when we trust in the Lord, He will be there, and He will be right. He will suit the miracle to the moment we need it.”

Did you like this September 2021 Come Follow Me Ministering Message? Find more Relief Society Ministering Printables for the Church of Jesus Christ of Latter-day Saints. 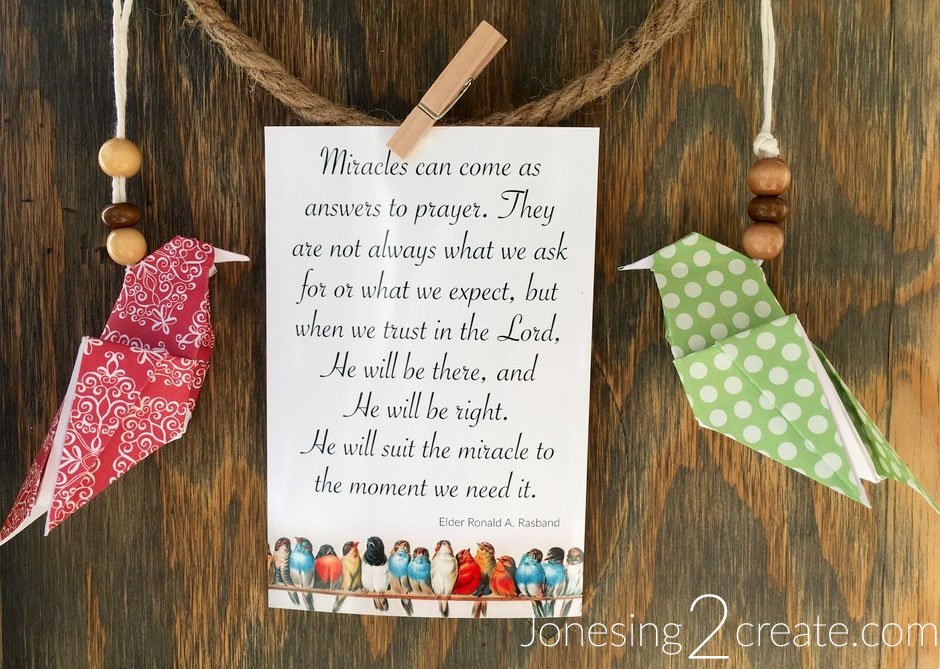