I found a ton of cute ideas and “punny” Star Wars party food while browsing around on Pinterest, but I wanted to do something totally different and a little more authentic.

So I decided to replicate the part of the movies when Luke Skywalker crashes on Dagobah and meets Yoda for the first time. In the movie Yoda raids Luke’s ration box and makes a big deal about how gross the food is. I love Yoda!

At the party, I let the kids watch the clip and then we all put together our own ration boxes. I decorated with a sign that had Yoda’s quote on it and my friend Delia even let us borrow her Yoda statue! 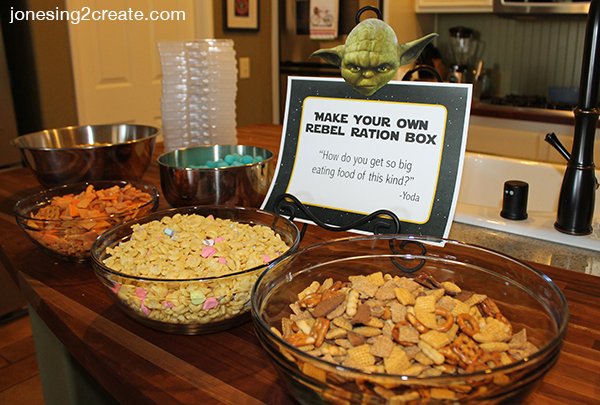 I totally wanted to buy this Yoda candy holder, but I had already blown my budget on a Darth Vader mask. Bummer.


Have you ever noticed that boys never eat at parties? They are too busy playing. I gave up on snack prep for boys’ parties a long time ago. So this let the boys get some snacks if they needed them, but if not they could take the snacks home with them. It also took hardly any time to prep.

For the ration boxes I wanted something with compartments because my son is obsessed with compartments and Luke’s box has compartments. Somebody gave B a tackle box once and he loving stores all his rocks in the little compartments. I tried to find something with a blue bottom and silver top like on the movie, but had no luck. And I spent FOREVER looking. I finally settled on these and made a vinyl Rebel decal to stick on the top. I didn’t want to paint them because they were going to put food in them. 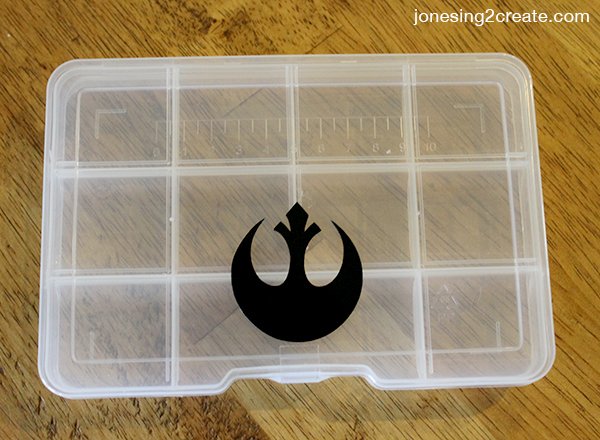 The best deal I was able to find on these was at Dollar Tree.

I loved the Altoid’s tin rebel ration kits I saw on instructables.com, but they were much too small to use for the party.

For the food, I found stuff that looked like what was in Luke’s ration box. I zoomed in on a photo of the scene to get a good look. 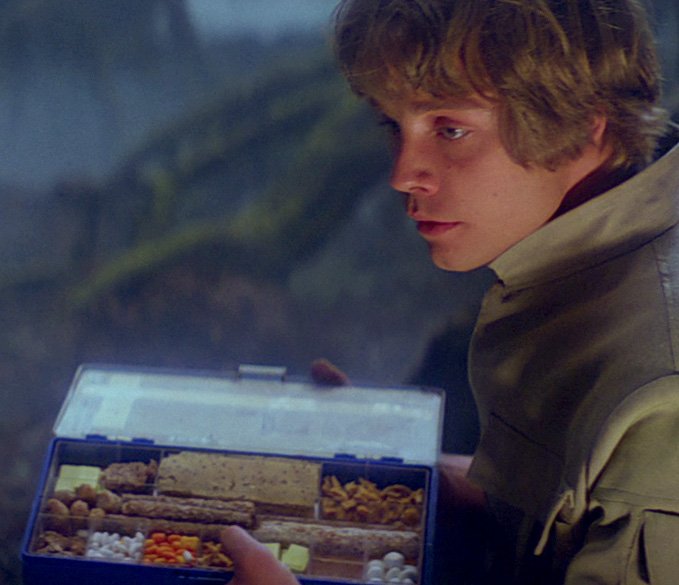 I ended up buying things like Chex Mix, little Chick-O-Sticks, sugary cereal, pretzels, and cut up granola bars. I even found some cotton candy balls at Winco that looked especially space-agey. I think I see some Tic Tacs in there too!

The kids has so much fun filling their little containers and the whole thing was a huge hit. 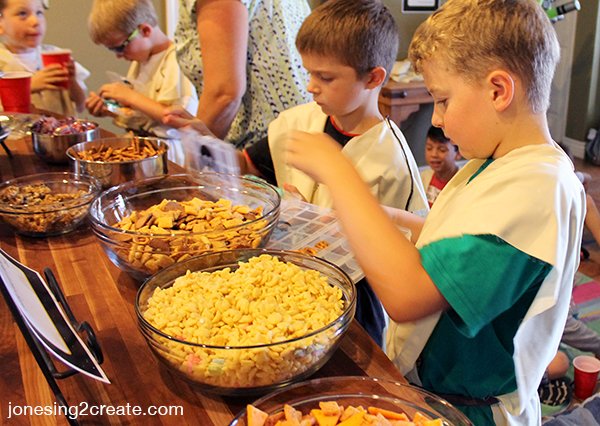