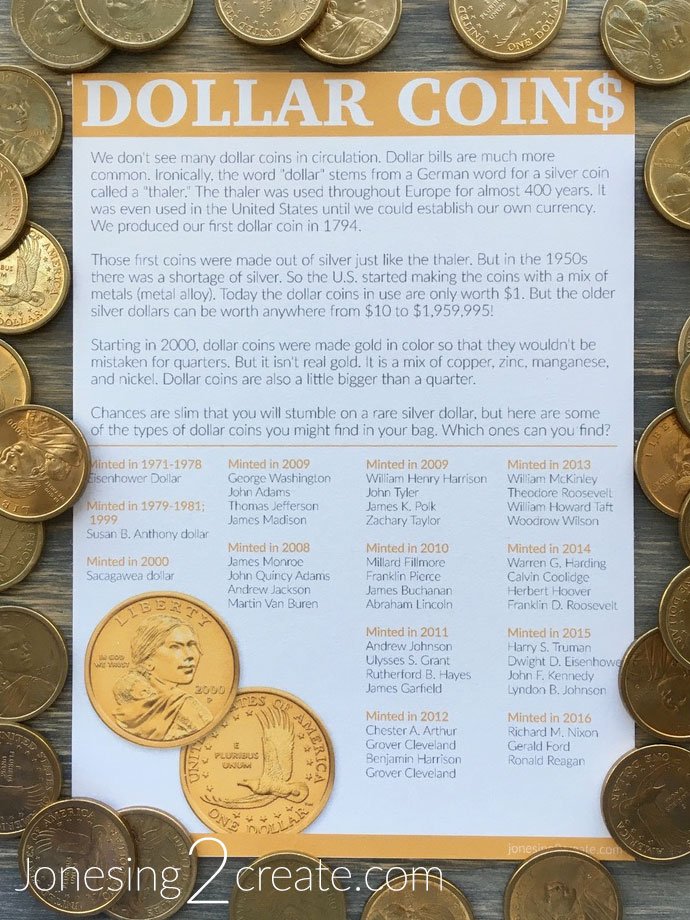 Kids love to get money for birthdays and holidays, but it always feels so boring to just hand them some cash. That’s why I love this birthday money gift idea!

Growing up, I always loved dollar coins, 50 cent pieces, and two-dollar bills. They were rare and it made them feel more valuable. Funny thing is that dollar coins are rare because nobody wants to use them. The U.S. government actually has 1.2 billion in dollar coins collecting dust in Federal Reserve vaults. The government was hoping people would convert over because the coins are cheaper to keep in circulation, but people just love their dollar bills. It is too bad because those shiny dollar coins still hold all the mystic they had for me when I was a kid.

Fun Ways to Use Dollar Coins

Now that I am grown up, I love using these dollar coins for all kinds of things. They are the currency the Tooth Fairy uses in my house. I am always impressed that she can lug all those heavy coins around with her little wings. And on St. Patrick’s Day, the leprechauns always hide a few gold dollar coins in their treasure at the end of the rainbow.

For birthdays, I have made this little printable to go along with the dollar coins. Instead of money or a gift card, I stick a bunch of dollar coins in a fancy sack and attach the printable. Besides a fun birthday money gift idea, it also makes for a great stocking stuffer or healthy Easter basket idea. 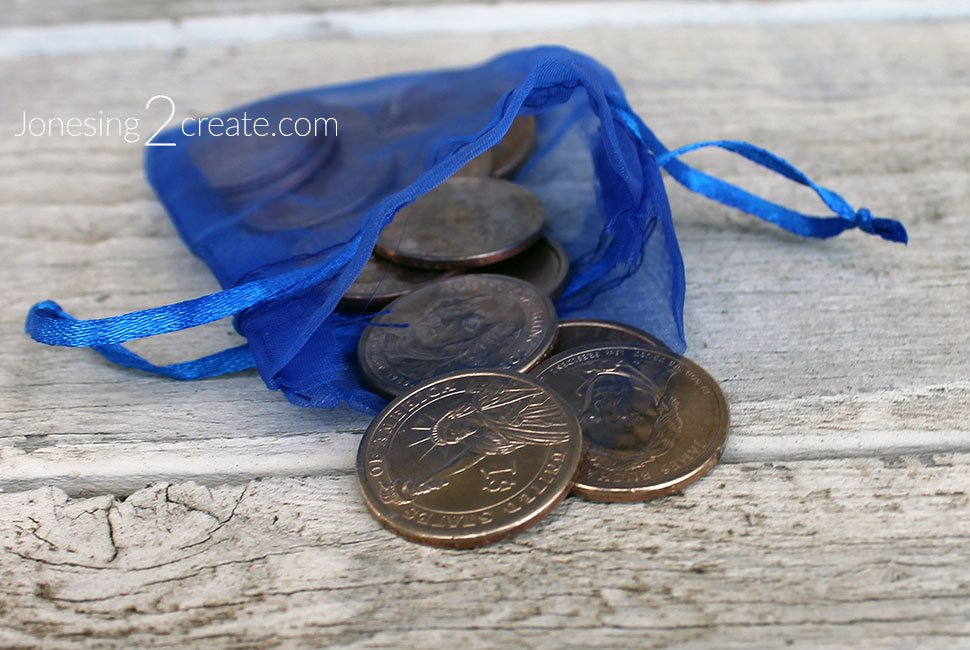 To put together the gift, I have included a fun printable below. You can either download it or find the text below. It gives a little history about the dollar coin and lists the types of coins kids might find in their sack. When I did this for my son, he loved looking through the coins to find out how many of the ones on the list he could can find.

It isn’t hard to find dollar coins to use. Most banks will have $20 to $100 of dollar coins on hand. You can exchange bills for the coins.

Once you have filled up your sack, just attach the printable!

Tip: If you want to make your coins shiny again, pour vinegar into a cup and add some salt. Stir it around until all the salt is dissolved. Now place your coins in the cup for at least five minutes. Take the coins out and rub them with a soft cloth and then rinse them off well to remove any of the vinegar. If you have any coins of value, be sure to get them professionally cleaned instead. 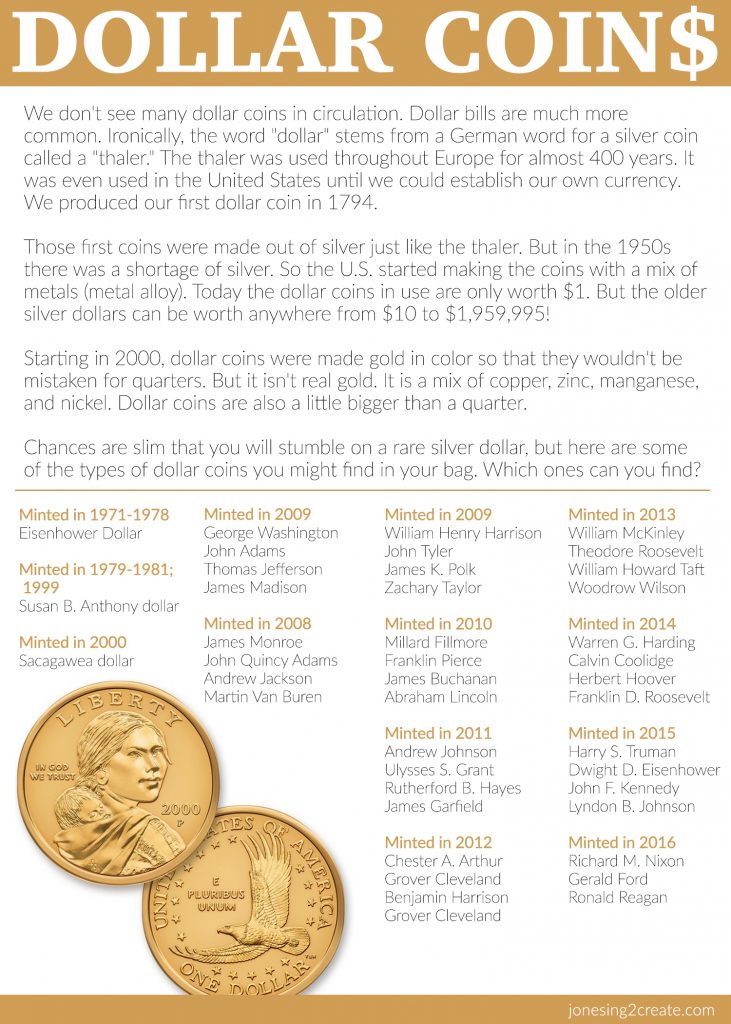 We don’t see many dollar coins in circulation. Dollar bills are much more common. Ironically, the word “dollar” stems from a German word for a silver coin called a “thaler.” The thaler was used throughout Europe for almost 400 years. It was even used in the United States until we could establish our own currency. We produced our first dollar coin in 1794.

Those first coins were made out of silver just like the thaler. But in the 1950s there was a shortage of silver. So the U.S. started making the coins with a mix of metals (metal alloy). Today the dollar coins in use are only worth $1. But the older silver dollars can be worth anywhere from $10 to $1,959,995!

Starting in 2000, dollar coins were made gold in color so that they wouldn’t be mistaken for quarters. But it isn’t real gold. It is a mix of copper, zinc, manganese, and nickel. Dollar coins are also a little bigger than a quarter.

Chances are slim that you will stumble on a rare silver dollar, but here are some of the types of dollar coins you might find in your bag. Which ones can you find?

As part of the United States Mint American Innovation $1 Coin Program, they have also come out with a collector’s set of coins that honors innovators and innovations. The series is set to run from 2019 to 2032.