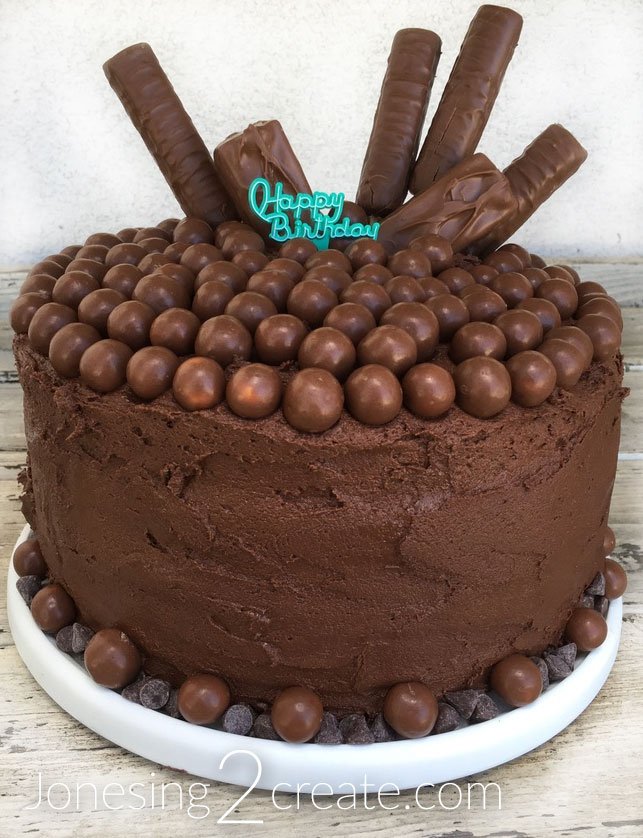 We have a teenager in the house and all teenagers seem to want for their birthdays is money. But money is so BORING. Then I saw an ATM money cake. So not boring!

An ATM cake is a cake with hidden money rolled up inside. When you pull on the cake topper, the money starts to come out of the cake in a long strip. When my boy started to pull the money out of his cake, his facial expression was priceless. He told me that this year my cake took the cake. Haha! Really, the puns are endless. Is it cake dough or cake batter? Is the cake rich enough for you?

Every year I make a special cake for my kids’ birthday. I am not great with frosting and lettering, but I like to try something new and exciting to surprise them. Since we didn’t have a big birthday party this year because of COVID-19, I wanted to do something extra special. I was a little nervous about making an ATM cake because I wasn’t sure if it would work. But it turned out not to be that hard.

Evidently, ATM money cakes (or money pulling cakes) have been around for a while, but are only starting to become more well known in the United States. When I went online to look for help on how to do it, most of the tutorials were in another language. So I decided to give some tips and instructions here in English.

1. Some of the tutorials show you how to make your own box and bags, but it was so much easier to just buy a cake money box set. You can find them on Amazon and they come with the box you hide the money in and the bags you connect together to protect the money.


2. To prepare the box, you will need to slip the bills of money into the plastic sleeves. 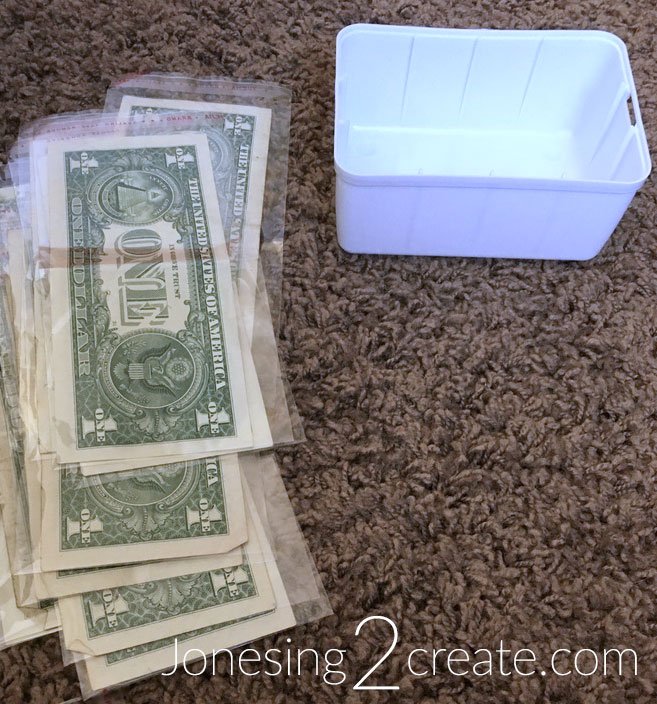 3. On my set, there was an adhesive strip on each bag that you could attach to the next one. But I noticed on the other side, it left a lip between one plastic bag and the next one that I worried would get caught on the lip of the box while coming out. So I added an extra piece of tape on the other side.

4. Using a pencil to help me get started, I started to wrap the last bill I wanted to be pulled out into a tight roll around the pencil. The plastic wrinkled a little bit, but I kept rolling and trying to keep things straight and it wasn’t a big deal. Once I was done, I removed the pencil and kept a firm grasp on the money roll so it wouldn’t come undone.

5. Holding the roll in place, I placed it into the box and put the lid on.

6. The set I bought didn’t come with a cake topper, so I made one. I hot glued a topper I already had to half a coffee stirrer and then taped it to the end of the roll of money. 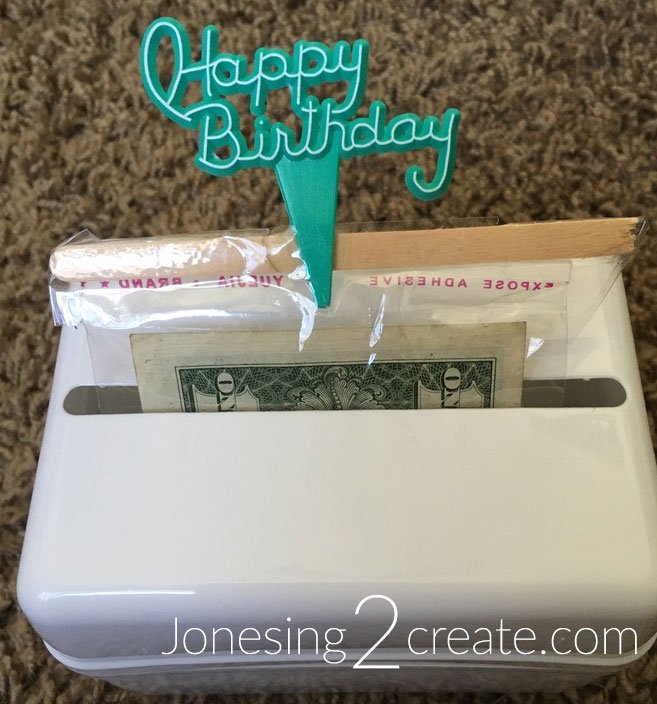 7. To fit the box into the cake, you will need to use two box cake mixes or a double recipe. The money box I bought was big and won’t fit in a small cake. I decided to make a 4-layer cake with a 9-inch cake round. There were some smaller cake money boxes that would fit in smaller cakes, but in the reviews there were some problems with the box coming out of the cake or unlatching. People said it was also hard to roll up the money tight enough. So in the end, I was glad I got the bigger box. It was very sturdy and I didn’t have to worry about it coming open. My box also didn’t have a dowel or roll clip on it. I think not having those helped the money roll out more smoothly.

8. I placed the cake on a lazy-susan cake turntable so it was easier to decorate and move around.


9. I used frosting to layer the cake, but I didn’t do it on the top or sides until after I inserted the money box. You will want to cut a rectangle out of the middle of your cake that is a little bigger and deeper than your box. Make sure the hole is big enough. Don’t make the mistake of trying to cram it in there if the hole is a little too small. It can cause your cake layers to split.

10. I then cut a small rectangle slice off one of the cake pieces I cut out and then cut that piece in two halves. This allowed me to place it over the top of the box with the topper still peeking out in between the two pieces. This made it easier to hide the box and frost over it. It also added some weight to the top of the box so that it didn’t come out when they pulled on the money. Just make sure the wood coffee stirrer is peeking out just a little between the two cake slices. You don’t want to bury it too much or it will be harder to pull the money out. Here is what it looks like after we cut the cake open. 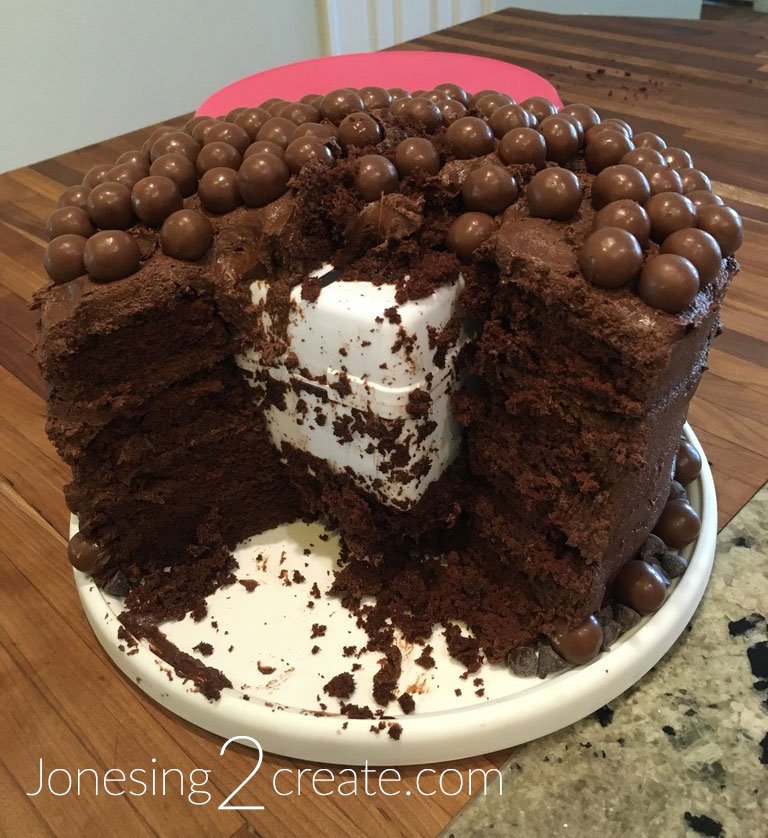 11. You can now finish frosting the cake. I covered the coffee stirrer faintly with frosting with the rest of the topper sticking out of the cake. To make it more camouflaged I decided to cover the cake with Whoopers and candy bars, but I really didn’t need to. It was pretty well hidden. 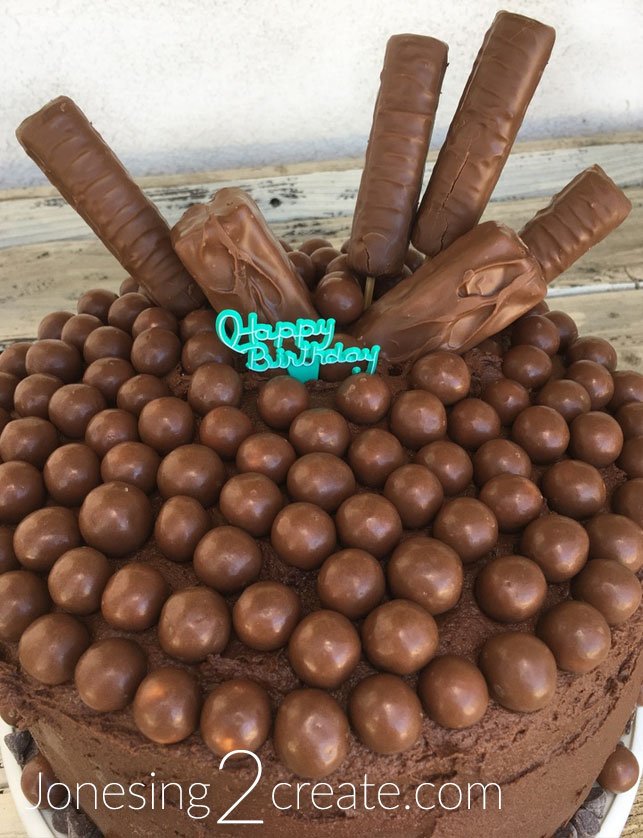 12. When telling the person to pull up in the cake topper, ask them to pull gently. Pulling it out quickly or roughly could dislodge the box.

NOTE: If you decide to buy the cake to insert the money box into, make sure it is big enough to fit the box inside. You will also want to get some extra icing from the baker so that you can cover or patch things back up. 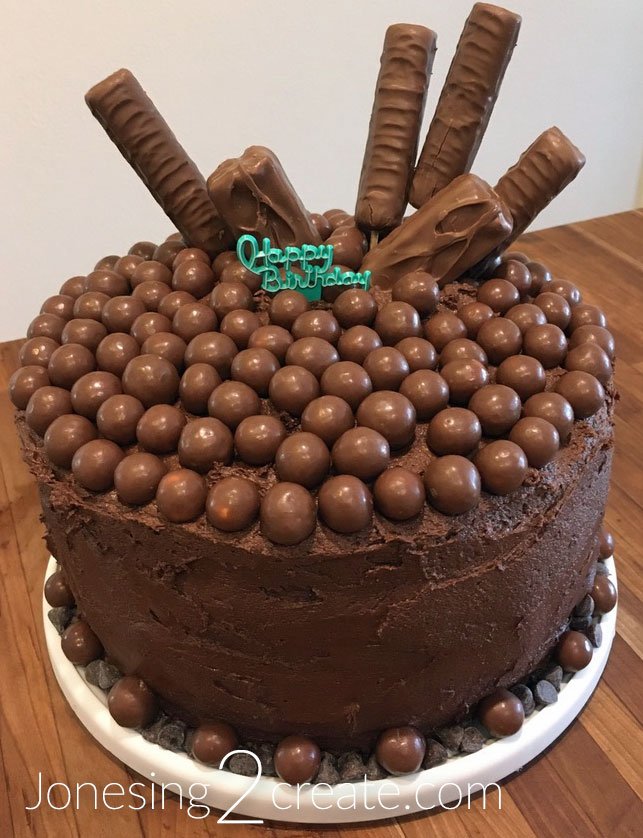