June 2022 Come Follow Me Ministering – Hannah Teaches Us About Prayer 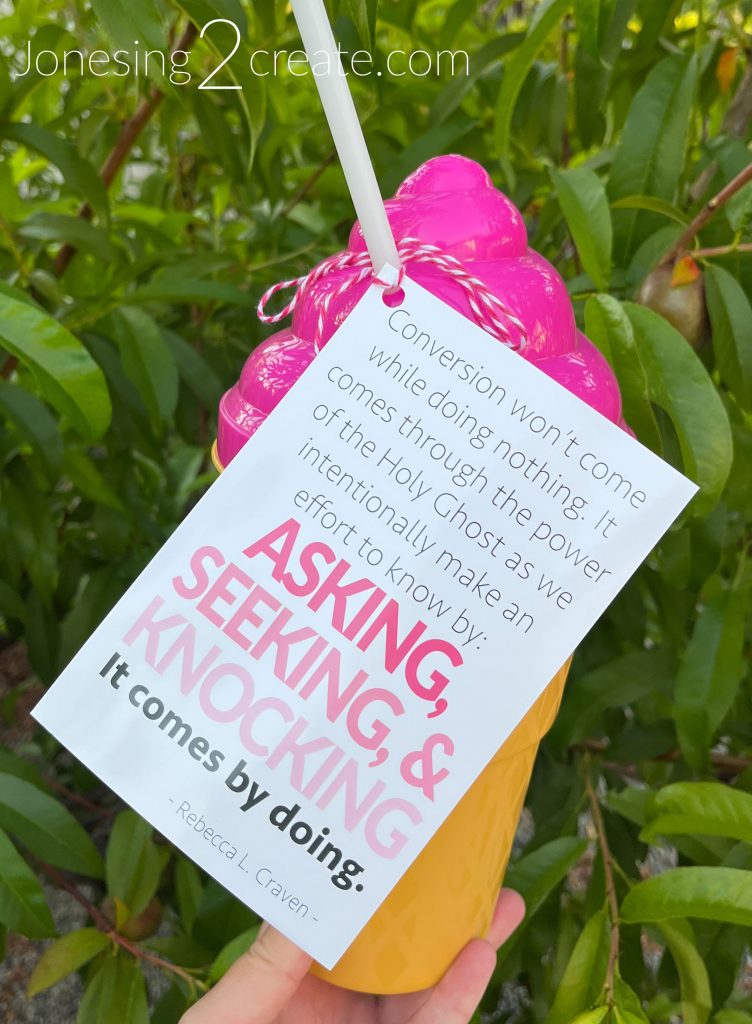 The June 2022 Come, Follow Me Ministering printable ties together Sister Rebecca L. Craven’s April 2022 General Conference talk “Do What Mattereth Most” and this June’s “Come, Follow Me” lesson on Hannah and prayer. 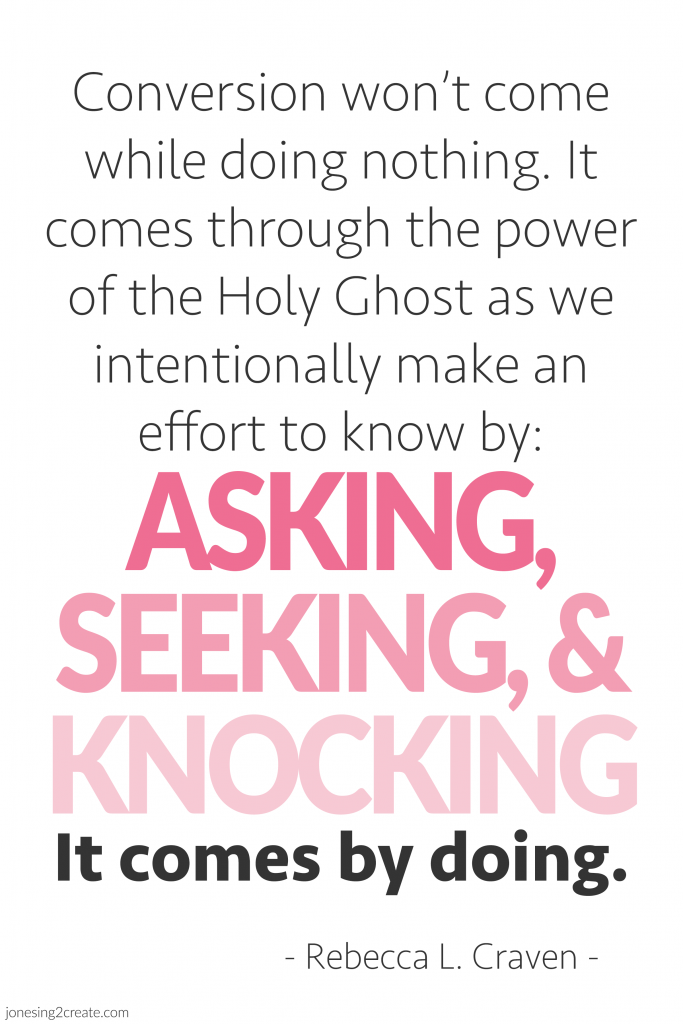 You can print these printables as 4×6 photo prints. My local drug store prints them for just pennies. They are also a higher resolution if you want to enlarge them.

What Hannah Teaches Us About Prayer

As a parent, I love watching my children learn how to pray. When my son was two years old, he said his very first unprompted prayer. After family scripture reading he bowed his head all by himself and said, “water, Jesus, cake, amen.” He got all of the important things!

As he gained more confidence, his prayers became more sophisticated. One night he said the nighttime family prayer all by himself. He started with, “Heavenly Fader, thank thee for……… five, six, seven, eight, amen!” We were dying. He couldn’t figure out what to say after “for” so he said the next thing after the number “four” — “five!”

But the best part is seeing your child’s sweet prayers answered. When my son was three years old, my infant daughter was struggling with falling asleep. My son told his dad that they needed to say a prayer that his sister would go to sleep. He said a little prayer and after saying “amen” announced that Abbey would go to sleep now. Sure enough, she did. I was so touched by his concern for his sister, his knowledge that he could ask his Heavenly Father for help, and his sure faith. But most of all, I was touched by Heavenly Father’s careful tutelage of my son. Heavenly Father loves to see his children learn how to pray too. And at every step, He was ready to meet my son where he was at. He was helping my son develop a testimony of prayer line upon line.

As we get older, that tutelage continues as the Lord meets us where we are at and teaches us how to more effectively and powerfully use prayer. When we seek for these lessons, the Lord is able to become our personal tutor.

Pour Out Our Souls

Hannah in the Old Testament is a wonderful example of how to use prayer in powerful ways. I identify a lot with Hannah because like her I struggle with infertility. As I read about her sorrow, I personally know that ache. I am sure that Hannah prayed often to have a child, but it isn’t until she prays at the temple and promises to give her son to the Lord that her prayer is answered. So fervent was her prayer that she explains “I…have poured out my soul before the Lord” (1 Samuel 1:15).

When you pour water out of a pitcher, the water is out there for everyone to see. The pitcher is also left empty. It is a beautiful image for prayer. When we pour out our souls before God, we put it all out there. We don’t hold anything back and we stand before Him hiding nothing. As a result, we also empty ourselves of all our fears and personal motives. We stand empty, ready to be filled up by the Lord. It is a position that requires a lot of humility and trust.

Our Countenances Are No More Sad

Eli, the priest, hears Hannah crying and goes to find out what is going on. After she tells him her story, he tells her, “Go in peace: and the God of Israel grant thee thy petition that thou hast asked of him” (1 Samuel 1:17).  After that, Hannah “went her way, and did eat, and her countenance was no more sad” (1 Samuel 1:18).

After praying, Hannah was able to put aside her sorrow and trust in the Lord. It would take a bit for her to know if her prayer would truly be answered, but she did not worry about it. Instead she calmed down enough to eat and cheer up. Again, I love the imagery of her pouring out her soul before God and leaving full with His peace. When we pray, do we allow ourselves to be filled?

Our Hearts Rejoice in the Lord

Hannah named her son Samuel and took him to the temple after she had weaned him. He was still very, very young, but Hannah was faithful to her side of the promise. I can’t imagine how hard it would be to leave your son at the temple, but she rejoices in the Lord and gives a beautiful prayer of gratitude. When we pray, the goal is to align our will with the Lord’s rather than align His will with ours. Through prayer, we can come to understand our part in His plan and learn how to trust Him and His timing. The Lord had big plans for Samuel. He later becomes an important prophet who plays a key role in the reigns of Saul and David.

Hannah did not know about the bigger plans Heavenly Father had for her or her son. But she was willing to pour her soul out in prayer and then fill herself with gratitude and joy. Like Hannah, we can align our lives with the Lord’s will as we prayerfully come to the Lord and allow Him to change us.

Like Sister Rebecca L. Craven said during the April 2022 General Conference, “Conversion won’t come while doing nothing. It comes through the power of the Holy Ghost as we intentionally make an effort to know by asking, seeking, and knocking. It comes by doing.”

I found these huge ice cream cups at the dollar store and they are so much fun for summer! I put some sugar-free pink lemonade packets in some of the cups for those who want less candy and Sour Patch Watermelon candy for those families with kids. 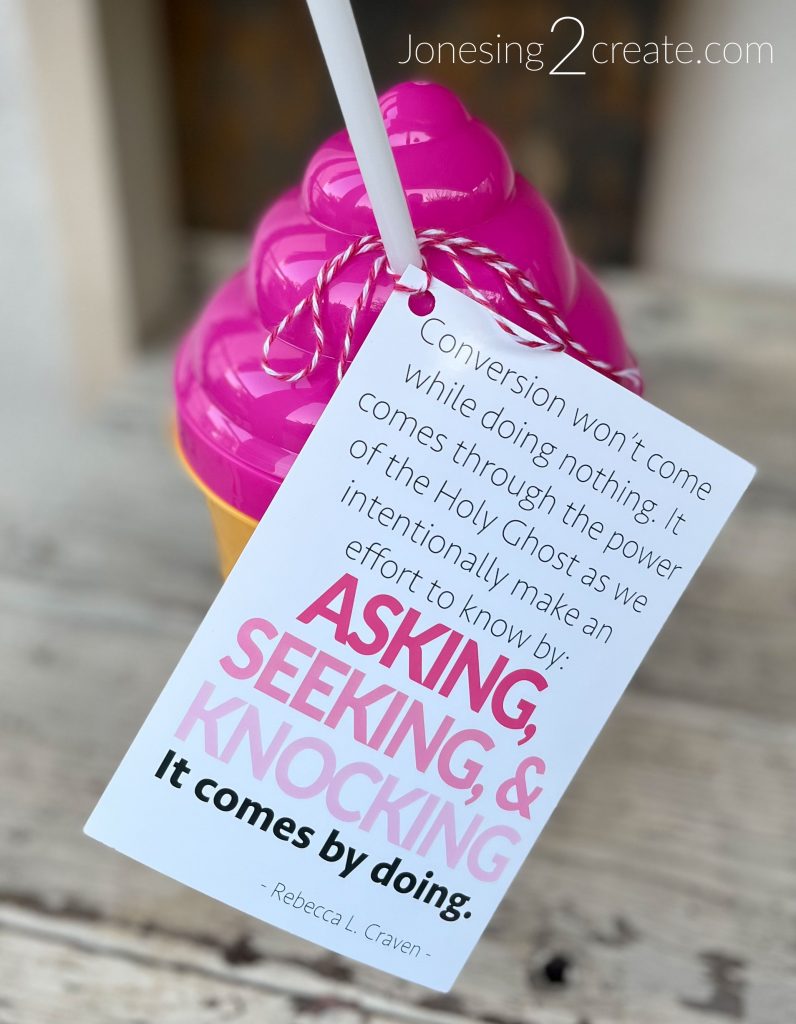 These watermelon cups on Amazon are super cute too!


Did you like this June 2022 Come Follow Me Ministering message? Find more Relief Society Ministering Printables for the Church of Jesus Christ of Latter-day Saints. 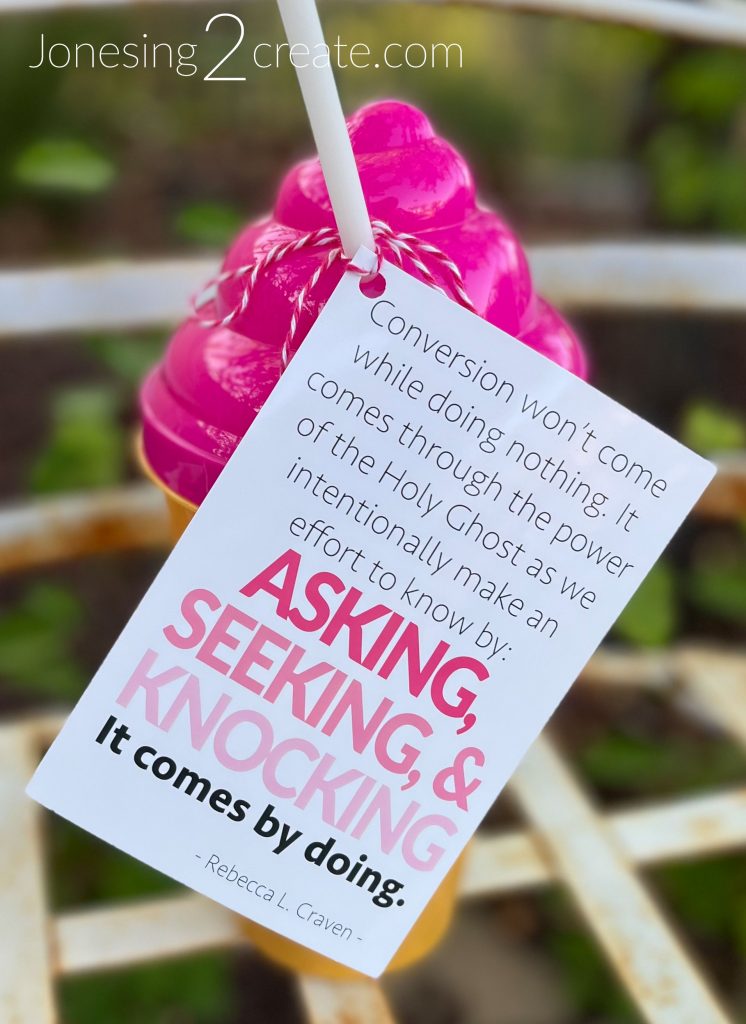