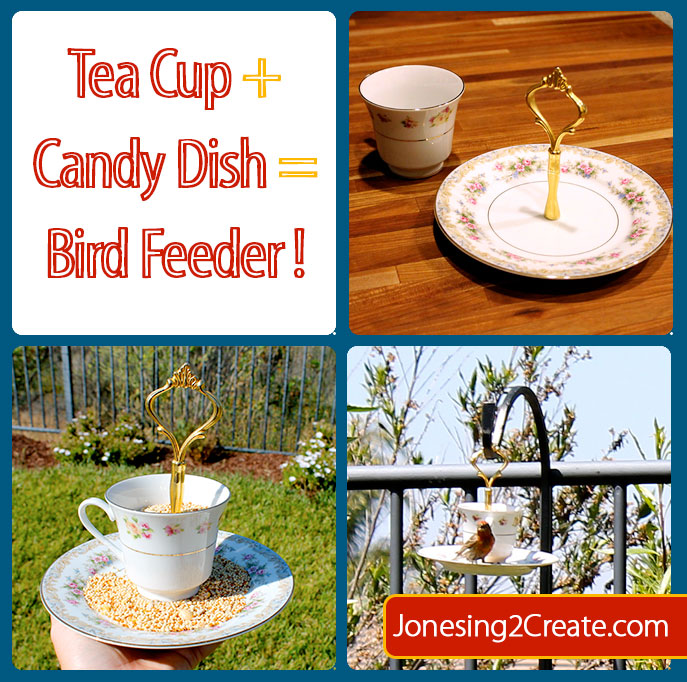 For my husband’s birthday I had my kids make this super cute birdseed wreath. 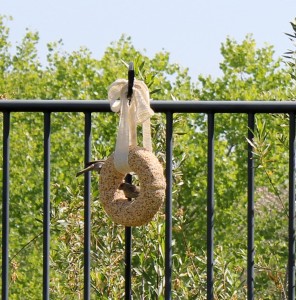 They were able to do most of it themselves and it was a gift that I wouldn’t have to feel guilty about throwing away later. I know it is impossible to keep all their “crafts” without renting a storage unit, but it still breaks my heart when I have to finally chuck something. I knew that we would have fun watching the birds eat it and then it would be gone! But what I hadn’t counted on was how much I would miss watching the birds.

We had totally gotten to know the birds and their personalities. There was the little red chested one that was a total thug, a yellow breasted one that was quite timid, and several brown ones that darted in and out when they were allowed to. When they left, I missed all the drama in my backyard!

So I decided it was time for a more permanent feeder. And when my wonderful neighbor gave me her old candy dish and tea cup, it all clicked! 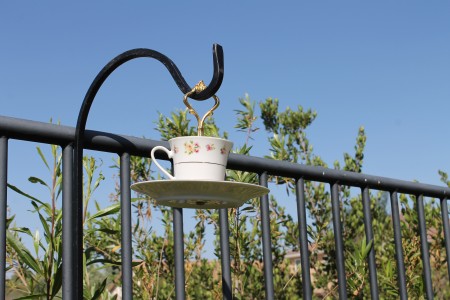 The dish already had a hole in it, so I would just need to drill a hole through the tea cup and screw the two together. I would then hang it from the candy dish handle! Ta da! An instant bird feeder! 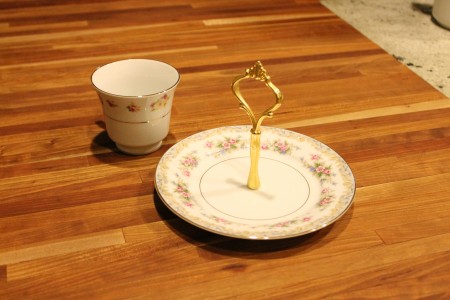 But as always the reality was a little more complicated…

It turns out that drilling a hole through ceramic is nearly impossible! I used a cement bit, but after standing there forever with my trusty drill driver I had made hardly a divot. My big drill didn’t work either. It turns out that if you don’t have a diamond bit, you might as well forget it. Luckily my dad has a drill press and a diamond bit, so I called him up and asked him if he would do it for me. He warned me that it might break the tea cup, but at this point I didn’t care. Plus you can pick tea cups up for super cheap at garage sales and thrift stores.

If you are going to try to drill the hole yourself, I would recommend using a piece of masking tape first to mark where you want the hole to be. It helps keep the drill bit from slipping on the smooth surface. I would also get yourself a diamond drill bit. I plan on trying this again sometime, so I already have this drill bit

You will also want to make sure you use water. This keeps the ceramic and drill bit from getting too hot. I also found some good tips on gardenweb.com. 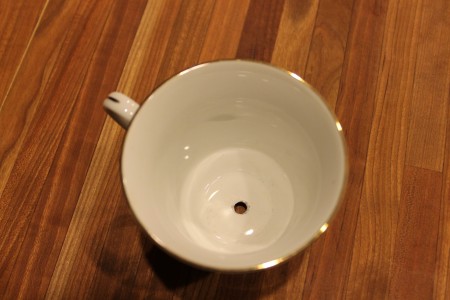 But once I got the hole through the cup, I realized that my original bolt wasn’t long enough. Sigh. So I went to the hardware store and found one that was. I also used some washers inside the cup to help stabilize things a bit. 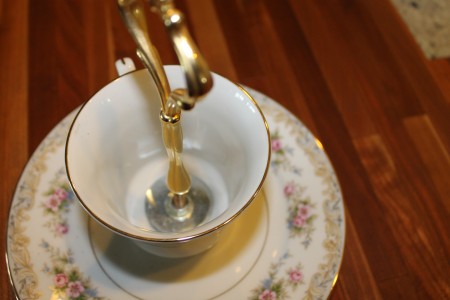 I then filled up the feeder and waited for the birds to come back. 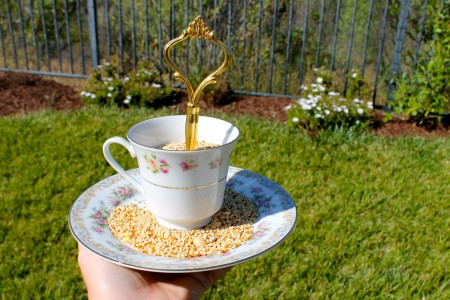 It didn’t take the birds long to figure it out and the kids and I get a kick out of watching them eat out of the cup. It isn’t as popular with the birds as the birdseed wreath, but this one doesn’t melt in the rain! 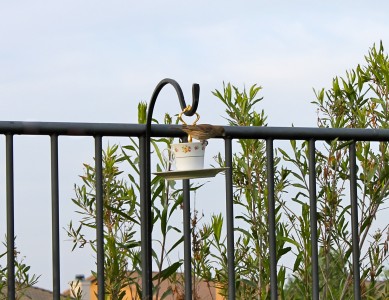