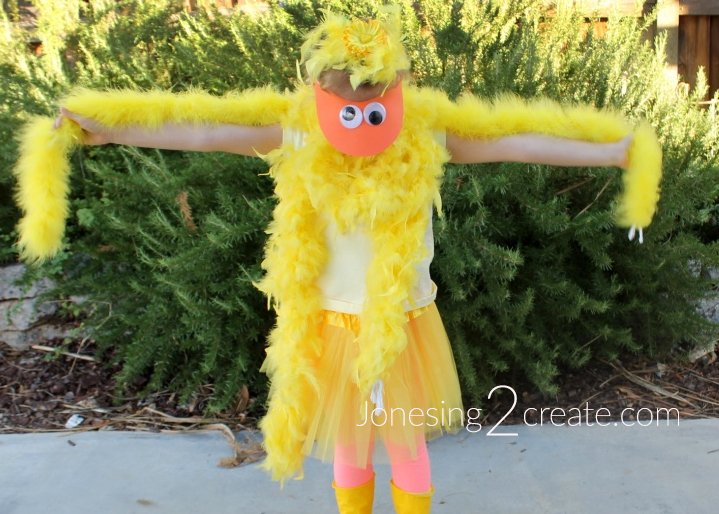 I put together this cute little duck costume for a school play, but it would also make a great Halloween costume. The best part is that I didn’t have to sew a thing and was able to use the t-shirt and leggings as school clothes later. 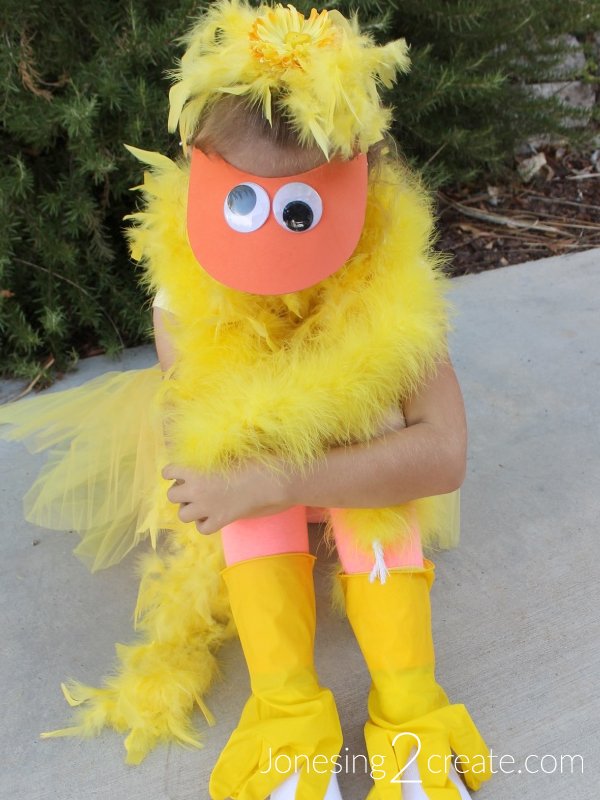 Leggings: Ladybug decided she just wanted plain orange ones, but I think striped ones would be so much cuter. Oh well, you pick your battles!


Yellow T-Shirt: Finding a yellow t-shirt was easy and she was able to wear it again and again later. It gets hot here, so we went with a short sleeve t-shirt, but a long-sleeved one would work as well.


Yellow Tutu: We got this tutu for under $4 on Amazon. I couldn’t have made it for that price. Score!


Feather Boa: A duck has to have feathers and a feather boa made it easy.


Feather Ribbon: To get the feathers up on her head, I trimmed a bit of the feather boa off and glued it to a clip. I also used some yellow artificial flowers I found at the Dollar Store to make it a bit cuter.

Rubber Gloves: We picked up cheap, dish washing gloves at the dollar store. By cutting a slit through the bottom, you can stick your feet through them and use the fingers has duck toes!


Orange Craft Foam and Eyes: You can buy a visor, but it was easy to just cut one out of crafting foam and connect the back using elastic. Then I just hot glued the eyes on top! 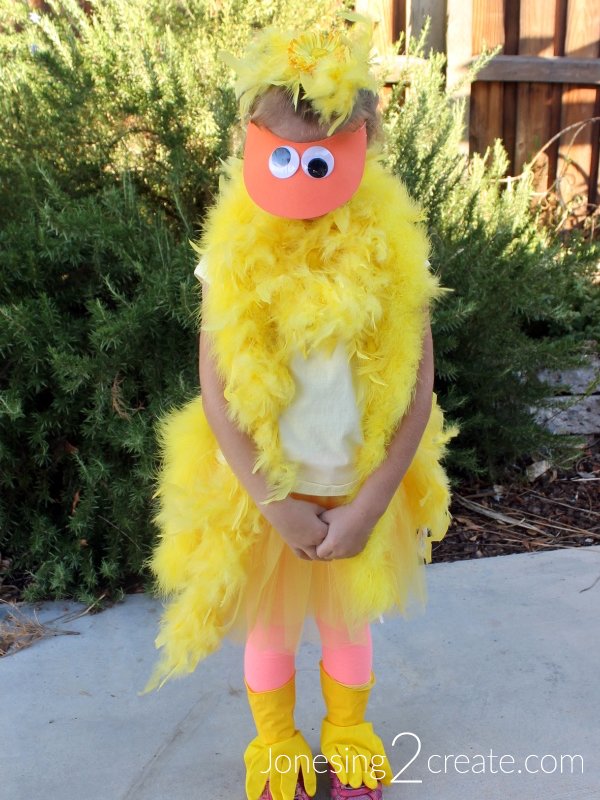