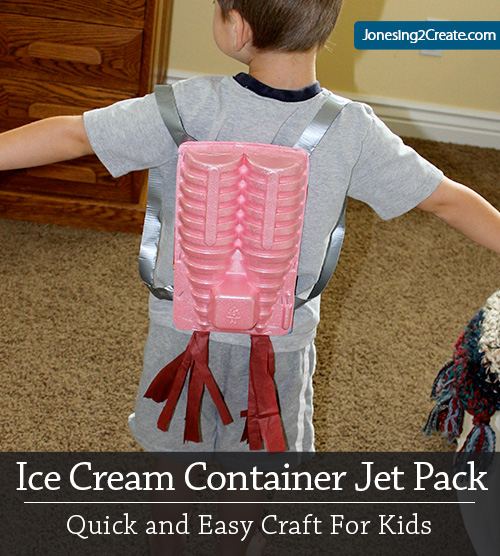 I have been tempted to make my kids one of those cute little jet packs made from soda bottles, but I just didn’t have the time. Let’s be realistic. Pulling out the spray paint was way more work than I was willing to commit to.

Then one day while serving up ice cream cones I noticed that the foam container they come in looks just like a jet pack! (You have to get the waffle or sugar cones, those yucky cake cones aren’t allowed in my house)

In no time I was able to whip up a little jet pack for both my kids using stuff around the house and no spray paint! 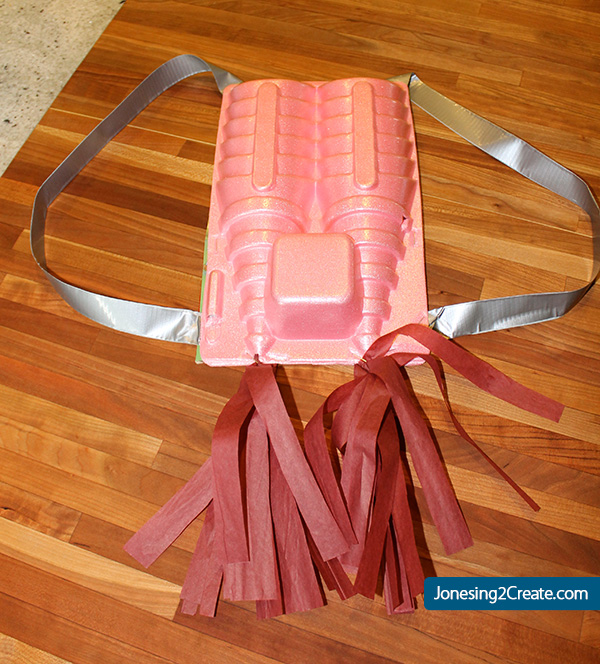 Here is how I did it!

How to Make an Ice Cream Jet Pack

1) Cut the Styrofoam shell in half along the hinge so that you have two pieces. Perfect for me, I had one for each kid!
2) Cut a piece of sturdy cardboard out the same size as the piece of Styrofoam.
3) Make two straps by taking duck tape and folding it in half lengthwise with the sticky side in so that it sticks to itself.
4) Attach the straps to the cardboard using a stapler. Staple one side of the strap on the top and the other on the side towards the bottom. Do the same on the other side.
5) Cut out the flames by cutting a piece of tissue paper into strips. Staple to the bottom of the piece of cardboard about where the pointy part of the Styrofoam shell will go.
6) Glue the Styrofoam shell on top of the cardboard so that the ends of the straps and the tissue are covered up.
7) Once the glue is dry, let your kids take it for a spin!

I have to be honest, the soda bottle ones do look cooler. But my kids have never been on Pinterest and could care less about how many mothers I can outcraft. They were happy to be zooming around and if I had of waited until I had time to buy spray paint I probably would have never gotten around to making them. 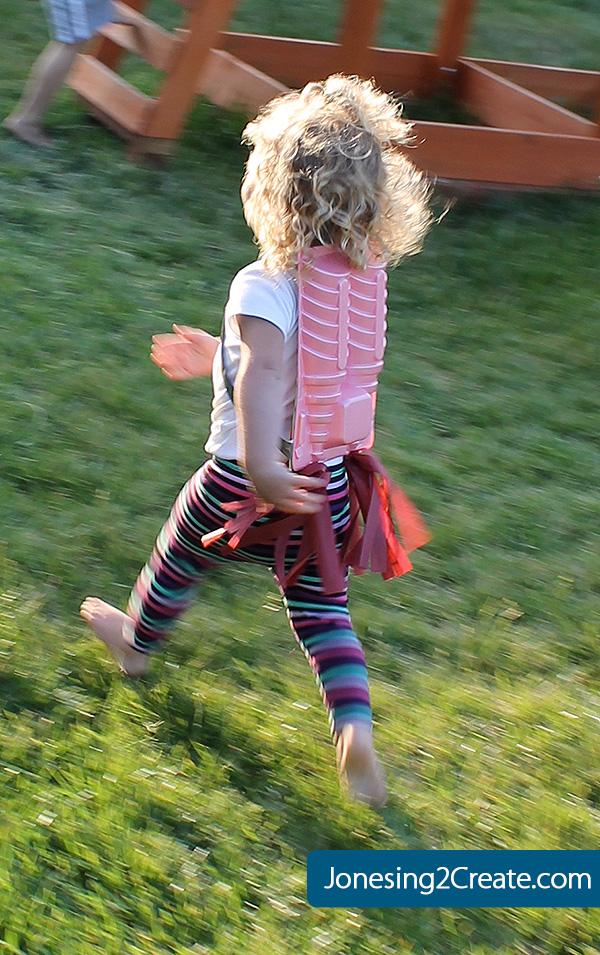 I also liked that this craft was easy enough for my kids to help with.

And in case you were wondering, pretend jet packs don’t help you get up a slide any faster despite what my kids may say. 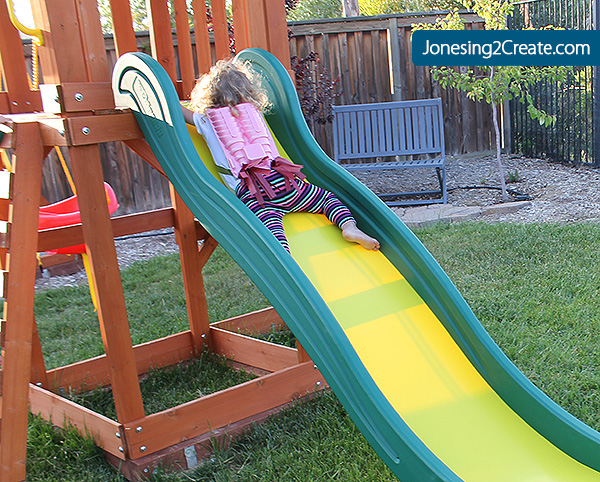