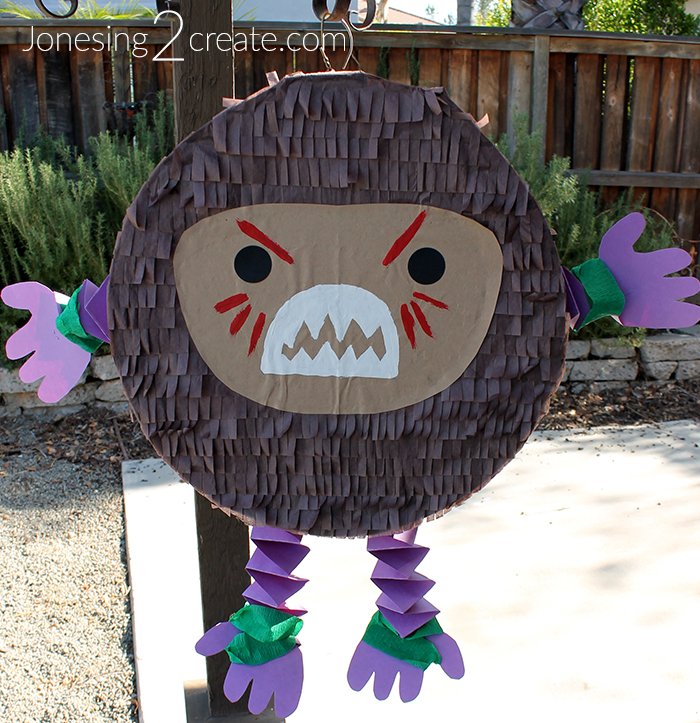 It is hard to find a Kakamora pinata or even just a coconut one, so I decided to make my own. It is the perfect pinata for a Moana Birthday Party. I always feel a little bad about whacking cute cartoon characters, but whacking a Kakamora just feels right. If you whack it with an oar instead of a bat, you almost feel like Moana! This super easy Kakamora pinata tutorial makes it really easy to make it yourself.

Kakamora Pinata Tutorial
You will want to start out with two cardboard circles and a long strip of cardboard long enough to go around the circles. You can make the circles as big as you want your pinata to be. 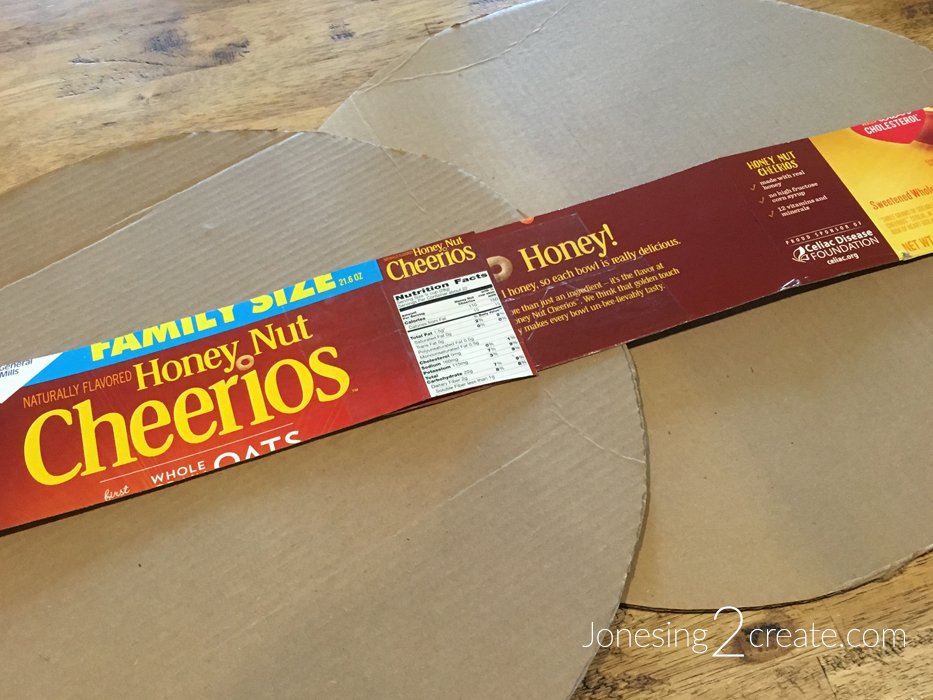 I cut the strip out of a cereal box because the thinner cardboard was easier to bend. 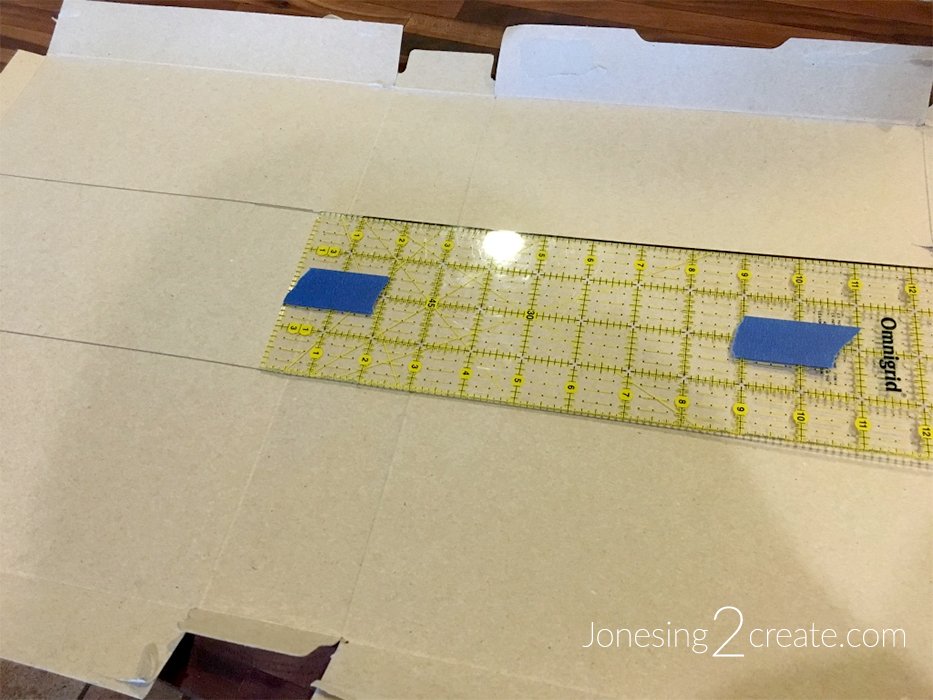 Tape the strip of cardboard along the edges of the circles. You want to make it strong enough to hold together, but not too strong to break. I added some duct tape around the edges to mine and later wished I had just stuck with packing tape. The duct tape made it too strong. 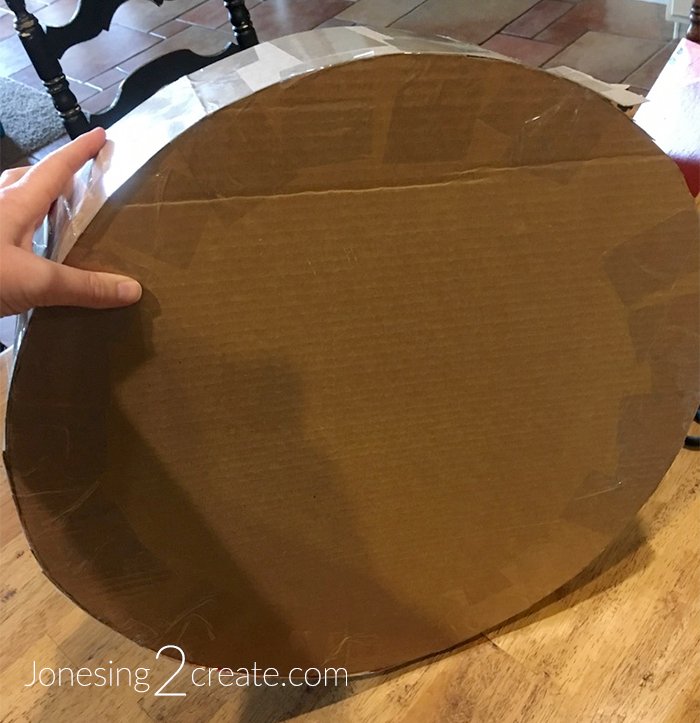 At the end, I left a little tab so that I could use it as a door to put the candy in. I also reinforced it with duct tape since the piñata would be hanging from that point. 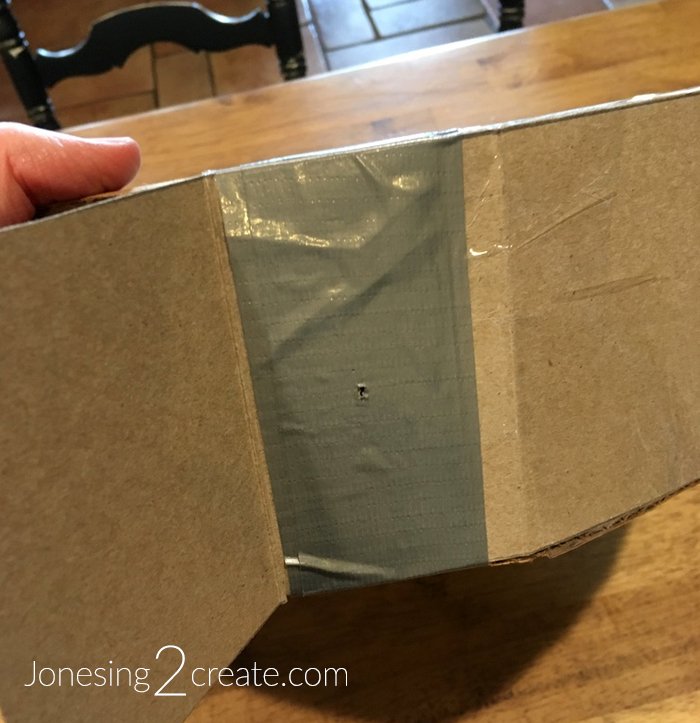 For the hook, I used a bent up hanger. I like using this method because it distributes the weight throughout the pinata and makes it less likely for the hook to tear out. 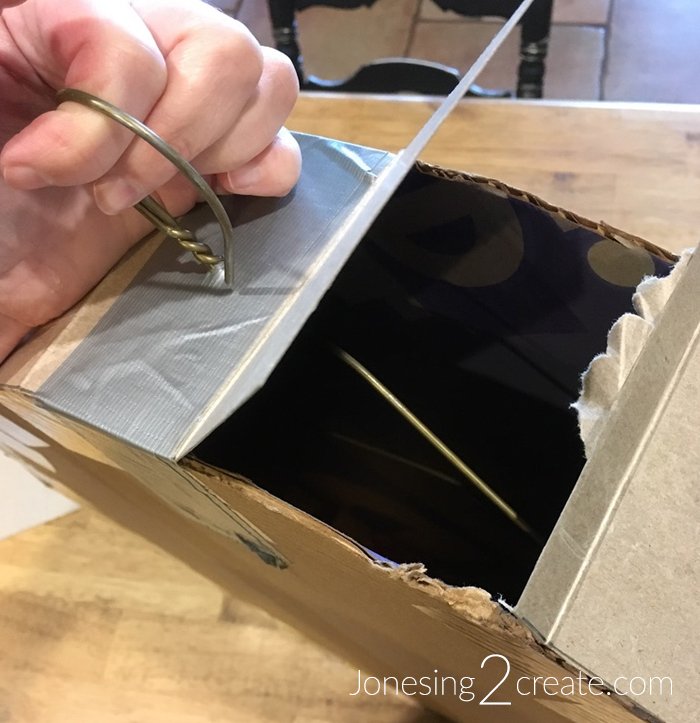 I then covered the circle with strips of fringed tissue. I got lazy on the sides and just glued tissue on it. I also didn’t bother with the area where the face would be. It helps to trace the shape on the circle so that you know where to stop. 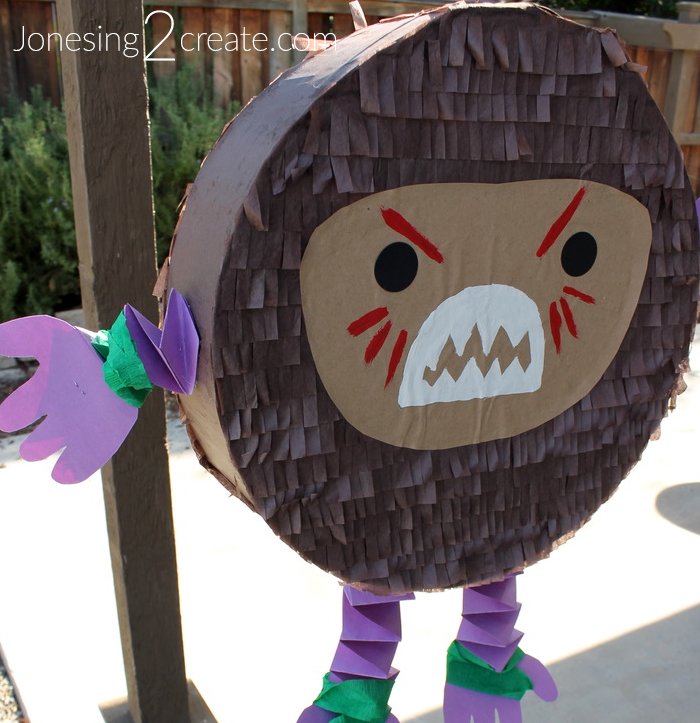 For the face, I cut out a piece of kraft paper and painted on the face before gluing it on the piñata. For the eyes, I used a circle die cut and black construction paper. 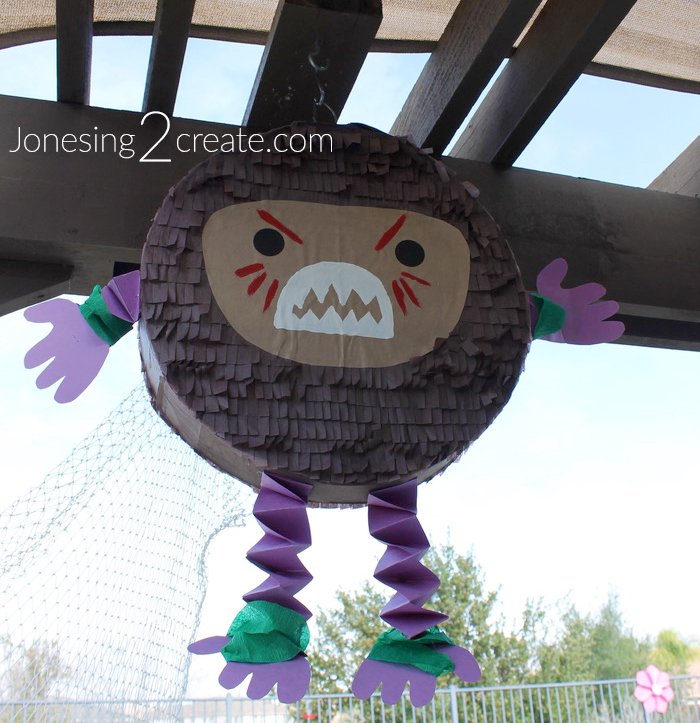 For the arms and legs, I used strips of purple paper and folded them to make accordions. 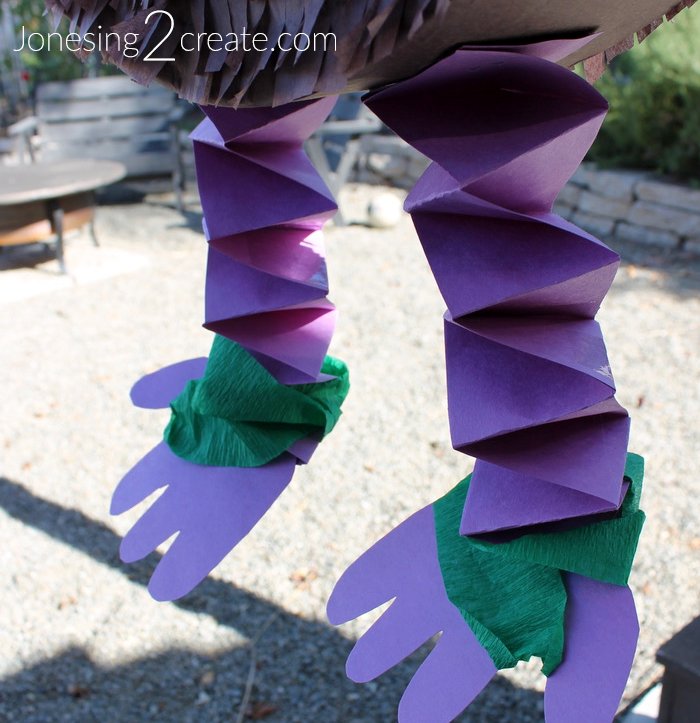 For the hands and feet, I used the pattern below and stapled them to the arms and legs. 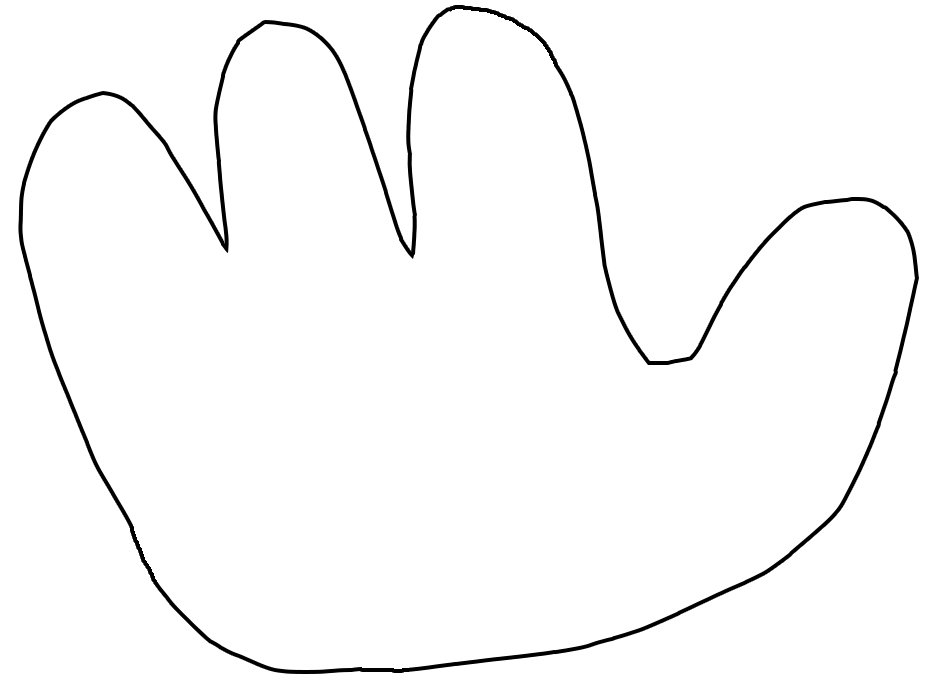 To finish it off, I wrapped a little green crepe paper around the arms and legs. 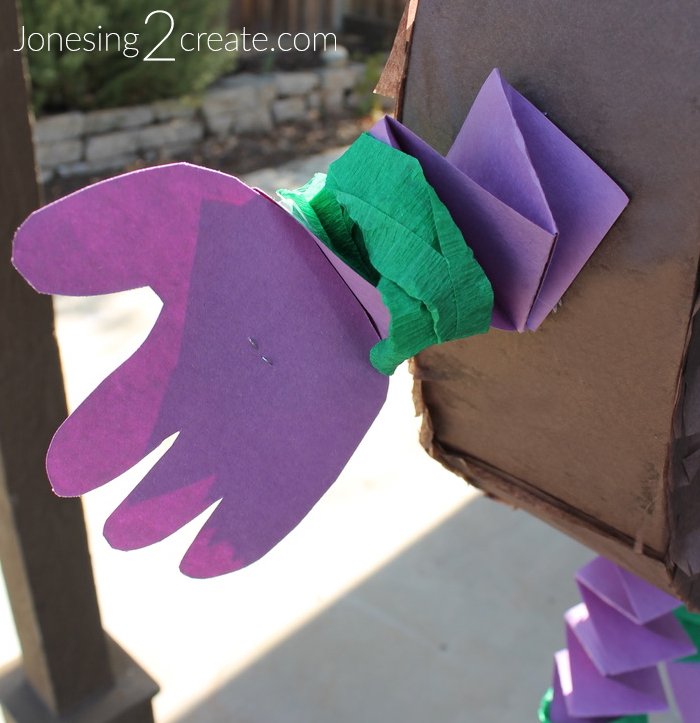 See? I told you this Kakamora pinata tutorial was super easy!