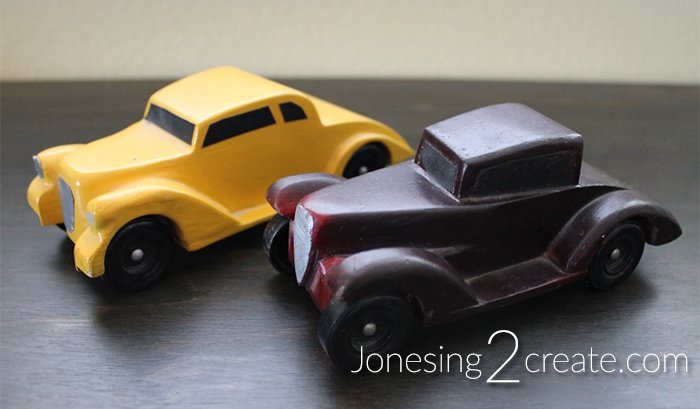 Even though I wasn’t a Cub Scout, my dad always let me make a car alongside my brother. I was allowed to race it in a separate heat the day of the race and even came home with prizes and plaques. I vividly remember those races and the impressive Pinewood Derby tracks, the scales, and the graphite.

My dad never distinguished between my brother and I when it came to teaching us about woodworking, tools, and cars. There was no such thing as “man stuff,” he taught me everything and explained everything to me. It was always a given that I could do anything and use any tool that my dad could – it was just a matter of learning to do it. When I was little, he showed me how to work with wood and when I got older, he taught me how to change my oil and take care of my own car. I remember long conversations about how engines and clutch systems worked. Thanks to him, I can understand my mechanic, recognize a troubling noise in my car, and use any tool in the wood shop.

My dad is a hardcore woodworker, so our Pinewood Derby cars were always pretty impressive. But looking at the cars now, I see evidence of the hurried sanding and the imperfect paint job mixed in with the detailed body shape. I did much of it, but he helped with the trickier stuff and always pushed me a little farther than I was willing to go at first. I was always fiercely proud of my car but definitely would not have been able to make cars that cool without his help. Our cars were never the fastest and I don’t think I ever won, but they always looked cool.

My dad liked the more classic cars, but I remember wanting something sportier one year, so he helped me sketch out the design on this one. It is funny because it is my least favorite now, but it is Ladybug’s favorite. 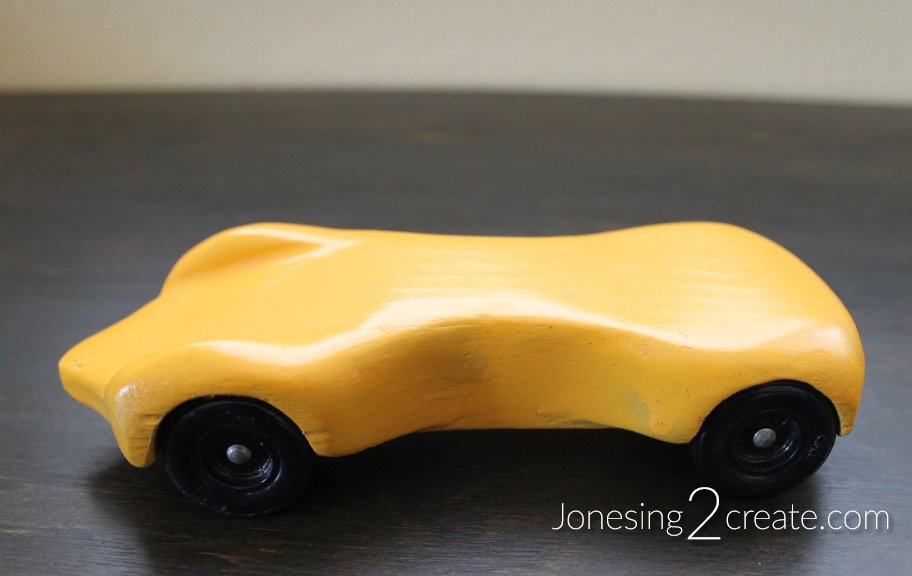 Now that I have kids of my own, I think a lot about how I want to do the Pinewood Derby. Like my dad, I let my daughter make and race a car too. Like me, she believes that using power tools is just something that moms do. She was the only girl last year, but I was so excited when I saw some of her friends show up with their own cars this year.

But it is a funny balance between giving our kids free reign to create and also being there to guide them. Even though my dad helped a lot on my car, I still felt like it was mine and I was proud of what I did. On the other hand, my husband made his cars entirely on his own and his first one was as slow as a snail. He was devastated. He remembers one father at the race pulling him aside and attaching weights to his car so that it would go faster. It left a huge impression on him and taught him a lot about kindness.

Last year was my kids’ first Pinewood Derby and I gave them free reign and helped very little. I didn’t want to take over and stifle their creativity. And I figured the race was all about teaching the kids important skills and letting them do it themselves. But their cars also didn’t do very well and it was especially devastating for my boy. Ladybug, on the other hand, was just pleased with all the attention her hot pink car was getting.

So this year, realizing that most the kids are getting a lot of help, my husband and I decided to play a more active role in the building process. My dad even helped to polish the axles.

We do lots of projects with my kids where we give them free reign, but I think that the Pinewood Derby is a little different. I think it is about spending time with your parents, reaching a little further than your skill set, and producing something together that you can be proud of. When I look at my old cars, they remind me of me, but they also remind me of my dad. They are distinctly “ours” and they actually mean more to me than if I had just made them by myself. I still have my vintage Pinewood Derby cars on the shelf in my studio, reminding me of the legacy of building and creating that is part of our family.

After the race this year, my kids gave me their cars and asked me to keep them in a safe place. I was surprised because last year they had played with the cars they made until they broke. My heart warmed when I realized that the cars we worked on together meant more to them. As a parent, I try to be careful to give my kids a lot of space and freedom to express their own creativity, but the time we spend creating together is also so important.