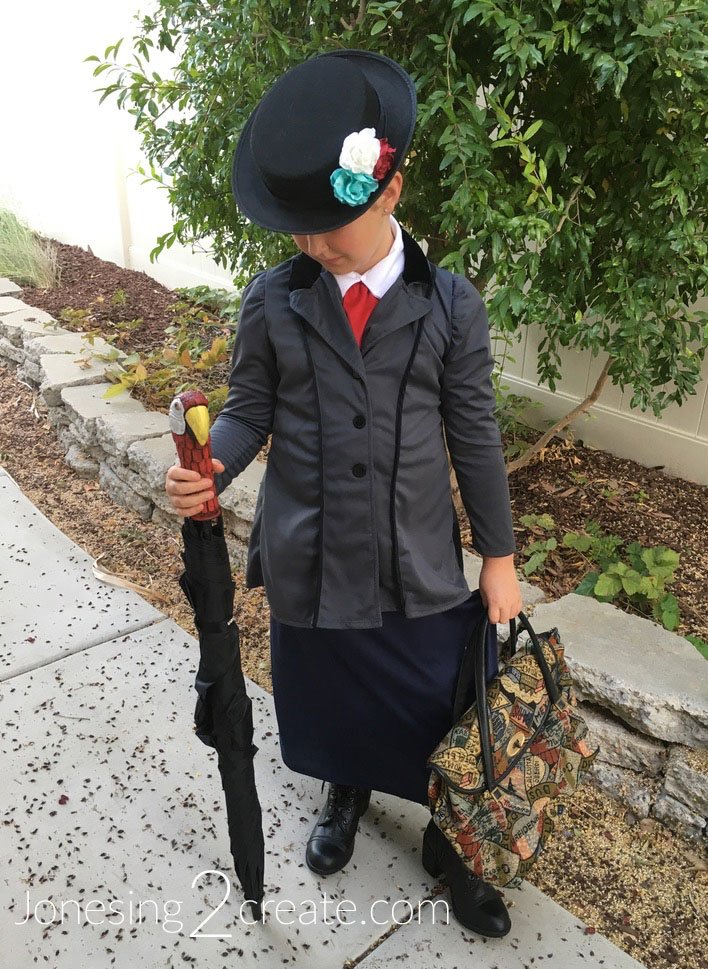 When Ladybug asked to be Mary Poppins this year for Halloween, I told her, “Yes! Yes! Yes! A thousand times yes!” I was set on making her Mary Poppins Halloween costume myself, but quickly realized I wasn’t up to making a tailored jacket.

We looked around for options in thrift stores, but it was hard to find something that matched the style in a child’s size. I usually don’t like store-bought costumes, but when I turned to Amazon in desperation, I was surprised to find a pretty decent Mary Poppins costume for not that much. What sealed the deal for me was when I saw it came with a parrot hard umbrella handle! 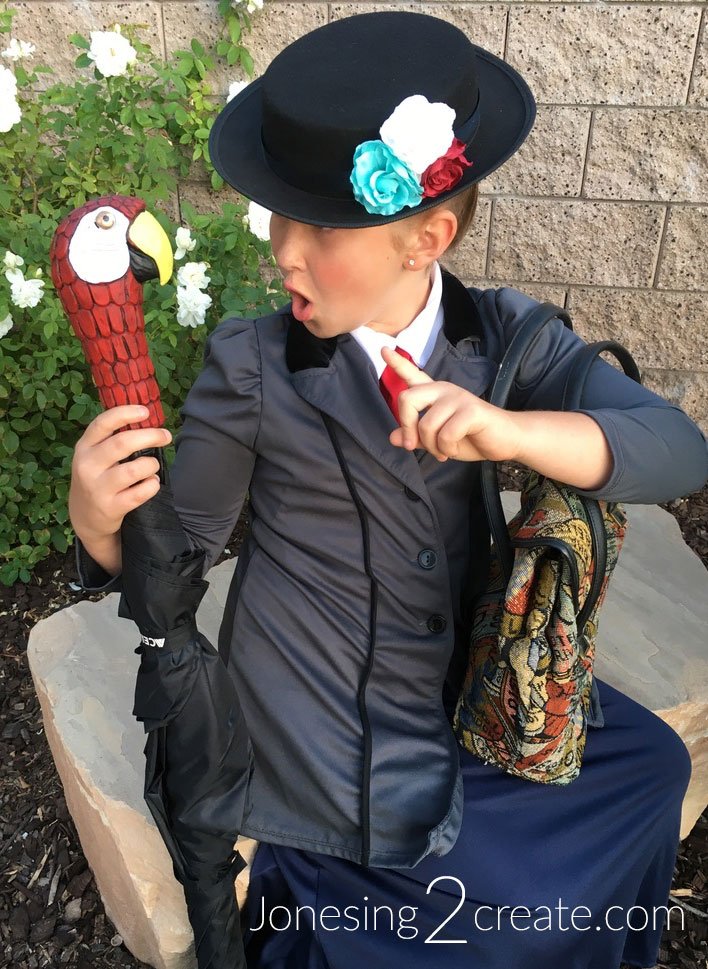 I saved a ton of time buying a ready-made costume, but I took a few extra steps to make it look amazing.

1) They made the costume well, but it is of course polyester. To get the wrinkles out, just get the costume damp with a spray bottle and stick it in your dryer on the de-wrinkle setting with a wet towel. Getting all the wrinkles out makes it look so much better. When you use the dryer, you don’t get the shiny patches you can sometimes get when ironing polyester.

2) The shoes make the outfit on this one. So we hit some thrift stores to find some boots with a heel. We also found the tapestry bag in the luggage section. We hit the jackpot and found one for only $1.50, but it needed a little TLC and duct tape on the inside. Ladybug is excited to use it as her trick-or-treating bag.

3) We tried to find an umbrella at the thrift store, but how many umbrellas actually survive that long? It was a little tricky finding the right umbrella. Most large umbrellas have a curved handle, but I needed one that I could fit the parrot head over. I ended up finding the perfect Mary Poppins umbrella on Amazon as well. I wanted to spend less, but figured I needed a larger umbrella anyway.

4) The headband that comes with the hat to keep it on your child’s head is laughable. So I ditched the headband and grabbed two alligator clips. You can clip them through the little loops on either side and onto the hair. Using this method, it held in place all night at a Halloween party. I also got some black ribbon and hot glue to permanently stick the flowers to the hat. They come with velcro that makes it nice to be able to remove them, but the flowers fall off way too easily. 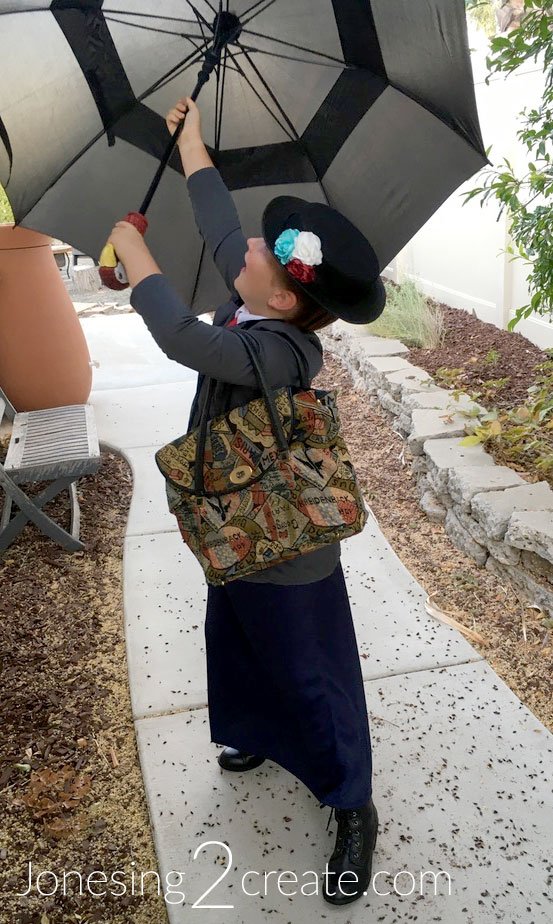 One final tip, the price of the Mary Poppins Halloween costume goes up the closer you get to Halloween. I got mine in September for only $25.99!

Ladybug is beyond adorable in her Mary Poppins Halloween costume and you can tell she feels like a million bucks because she practically glows in it.

Mary Poppins and The Sound of Music

She loved Mary Poppins so much that I decided she was totally ready for Sound of Music. As we sat down to watch it we had the following conversation:
Ladybug: What kind of movie is this?
Me: A musical.
Ladybug: Like Mary Poppins?
Me: Kind of, but it is a pretty different movie.
Ladybug: Does it have a nanny in it?
Me: Yes. And she is played by Julie Andrews too. And she goes to an unhappy home where the dad ignores the kids and shakes things up with a lot of music.
Ladybug: So it is basically like Mary Poppins.
Me: Yeah…. But with Nazis.