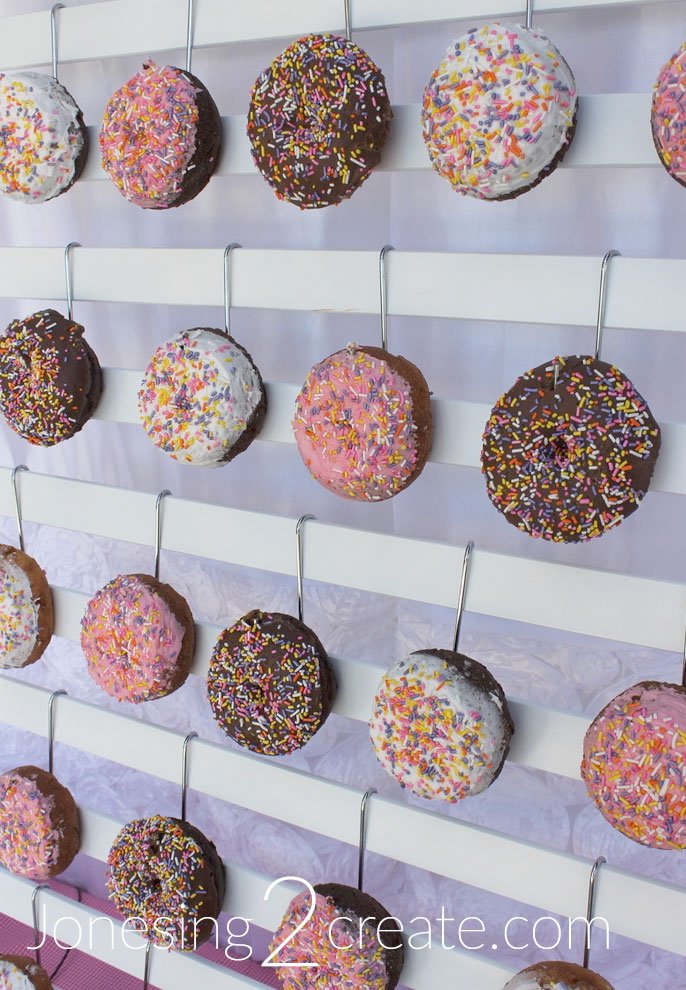 When it came to planning my girl’s Dunk and Donuts Pool Party, my husband only had one request. There HAD to be a donut wall. But when it came to making a donut wall, I had three requirements. It had to be cheap, it had to be easy, and it had to be different. I didn’t want something that looked like everything else I had seen. So after some thinking, I realized I could make a repurposed crib donut wall.

My kids’ old crib has seen many lives. We bought it used, and then used it for all our kids. Afterwards, I hung the side rail on my studio wall and used it to hold craft supplies using the Ikea SUNNERSTA containers. But I recently took it down because I was sick of the clutter and was ready to toss it. Then I realized that using the right kind of S-hooks, I could hang donuts from it! 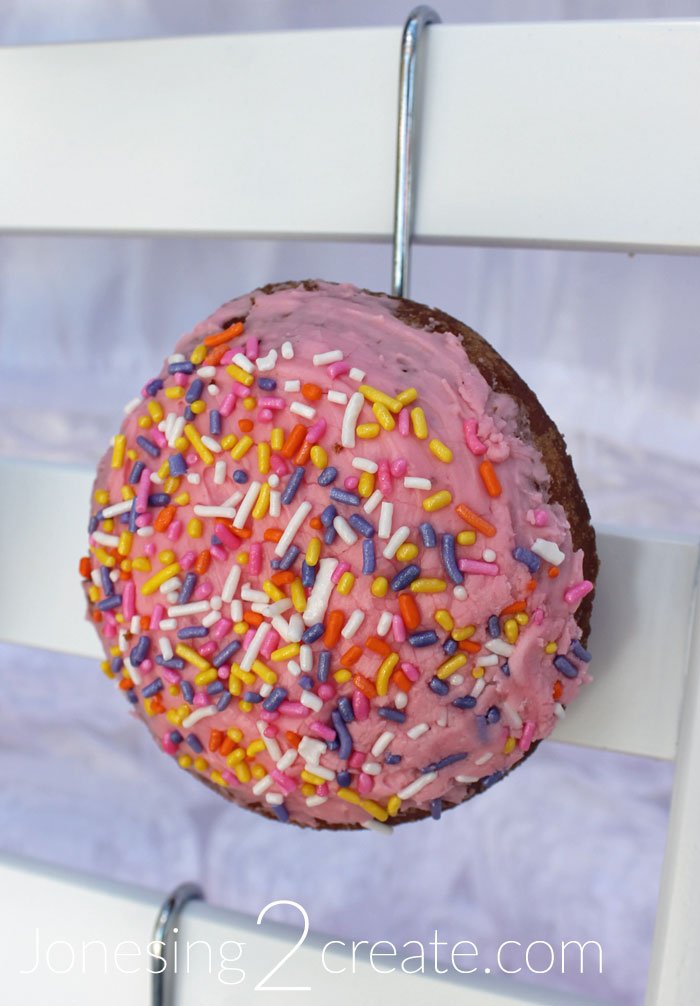 It was a fast and easy DIY. I grabbed a can of white glossy spray paint and gave it a quick facelift. Then I bought some S-hooks that were more slender on one side and nice and round on the other. That way they would hang nicely from the railings, but also you could hook a round donut through it.

I simply had to prop the crib side rail against the wall and hang the donuts! No drilling, no cutting, just a little paint! My favorite part about the donut wall is that I can reposition things based on how big the donuts are. Or if some of the donuts are eaten and you want to fill in the holes, they are easy to re-space. I especially love that it is totally different from the other donut walls on Pinterest.

The donuts in these pictures are some massive donuts from my favorite mom and pop donut bakery. So you will notice that they are a little fat for the hooks. But the standard donuts you get from the grocery bakery fit perfectly. The hooks are also strong enough that you could skewer an apple fritter and hang it. And I would not say no to an apple fritter wall! 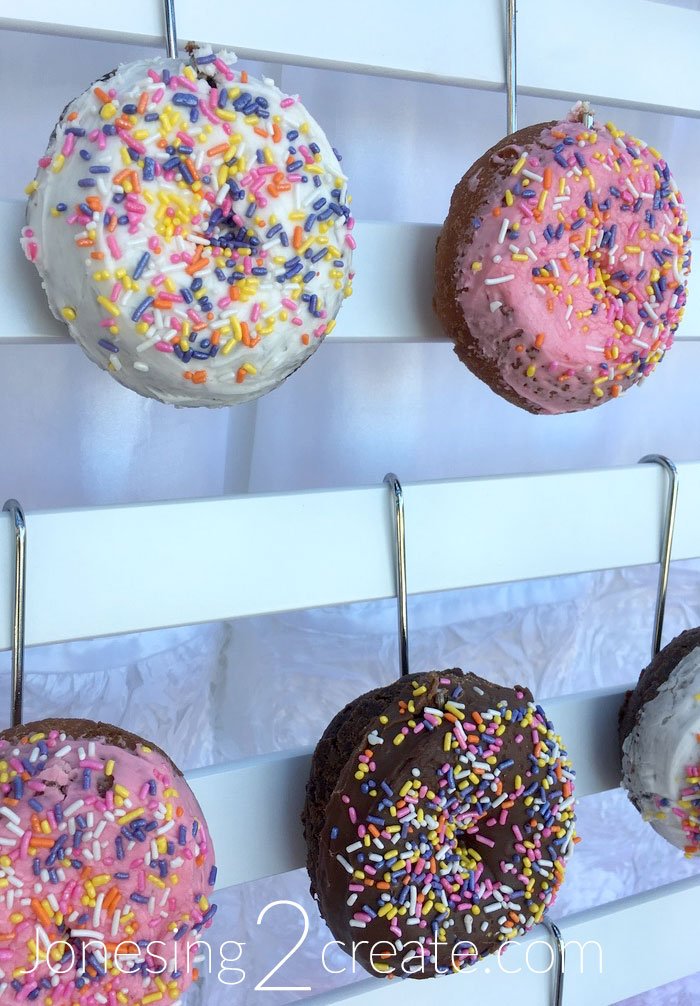 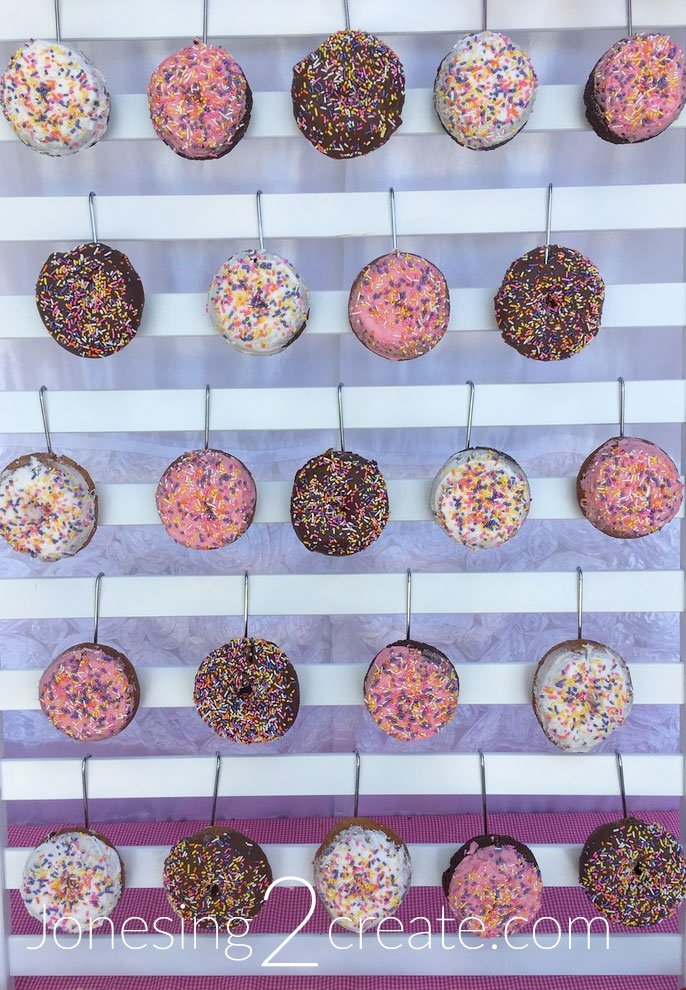